Home News OnePlus 3T with a Snapdragon 821 processor launches in the US starting... 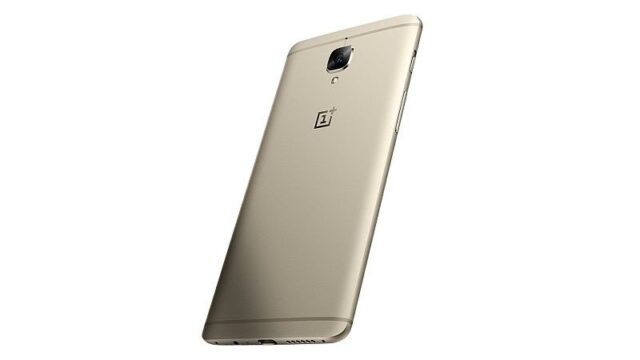 Chinese manufacturer OnePlus has finally unveiled the much-anticipated OnePlus 3T smartphone. Priced at $439, the device goes on sale in the U.S starting Nov 22, while it goes in the EU on November 28.

The smartphone is essentially an upgrade version of the earlier launched flagship – the One Plus 3 launched back in June. It features a slew of upgrades, for instance, the all-new Snapdragon 821 processor, a new gun-metal color variant, along with an upgraded front-camera. In addition, the OnePlus 3T also comes in a 128GB storage version.

In terms of specs, the OnePlus 3T packs the same Full HD AMOLED display with Corning Gorilla Glass 4 protection. Under the hood, it gets powered by the newest Qualcomm Snapdragon 821 processor bundled with Adreno 530 GPU and 6GB of RAM.

The smartphone also comes in both 64GB and 128GB storage options, as opposed to the OnePlus 3 that just offered 64GB of in-built storage.

As far as cameras are concerned, the OnePlus 3T gets the same 16MP primary camera

with SonyIMX298 sensor, PDAF, OIS, and 4K video support. The camera also supports images in RAW format. The selfie shooter on the front gets bumped to 16MP featuring Samsung’s 3P8SP sensor with f/2.0 aperture. It supports EIS, auto-focus, PDAF, and can record 1080p videos at 30fps.

Also, the new OnePlus 3T comes with a larger 3400mAh battery as opposed to the 3000mAh battery of the OnePlus 3. The device incorporates fast charging with support for the company’s proprietary dash charging technology.

The OnePlus 3T runs Android M with Oxygen OS, though the company announced during the launch event its plans to release a new Oxygen OS build wrapped over Android 7.0 Nougat for both the OnePlus 3T and OnePlus 3 by year end. Barring the above mentioned differences, rest of the features are the same as the OnePlus 3. There’s a USB Type-C charging port, a 3.5 mm headphone jack, along with 4G LTE (Cat 6) support. Other connectivity features on the phone include Wi-Fi, Bluetooth, NFC, GPS, GLONASS and BeiDou .

Talking about pricing, the 64GB variant of the OnePlus 3T is priced at $439, while the 128GB variant is priced at $479. The device is offered in a choice of two color options – Soft Gold and the all-new Gunmetal color variant.