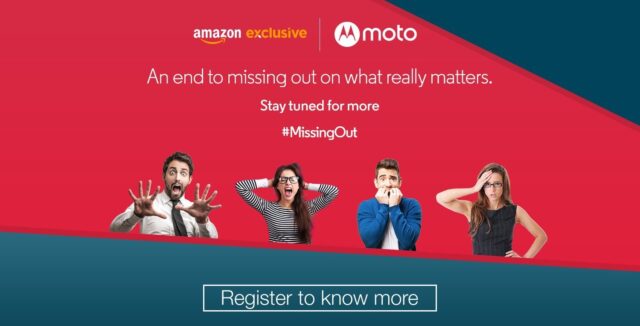 According to the latest speculations, Motorola may launch Moto E 3rd edition today. Motorola is all set to launch its confirmed latest smartphone, the Motorola G4 Plus, at their event at 2:30 PM IST in New Delhi. The online retail partners of Motorola, both Flipkart and Amazon India, have removed the listings of Moto E 2nd gen smartphones. Also, Motorola in association with Amazon.in is featuring a hashtag stating #MissingOut.

Motorola recently released their Moto E 2nd generation in a 4G compatible make and if we are to see the Moto E 3rd generation launched today, we expect to see it with 3x the features.

On the insides you will see an upgrade with the Moto E 3rd generation phones running on Qualcomm Snapdragon 615 chipsets with a 1.5GHz quad-core A53 Cortex processor. There may be a chance that you will see the same Adreno 316 GPU kit on the new phone too, but minus the heating issues it caused on the 2nd generation Moto E phones. With an anticipated 2GB of RAM you can expect to see 16GB of internal storage that can be expanded with a memory card.

The price for the rumored Moto E 3 is expected to be around Rs. 7,500. Keep your eyes peeled for the upcoming event to see if the new phone is really released indeed.