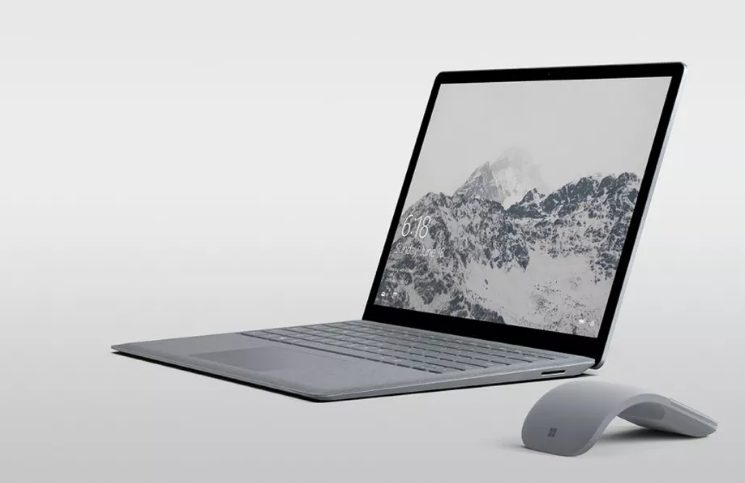 There already have been enough rumblings in the industry about Microsoft’s keenness to tap into the popularity of Google Chromebooks. And the new Surface Laptop could just be the device to finally take the battle straight to the Google camp. Twitter user WalkingCat has shared a few images of what is purportedly called the “Surface Laptop.”

Touted to be launched at the Microsoft EDU event in New York, the new Surface Laptop is also seen as a direct competitor to the Chromebook Pixel from Google. The inherent working principle too will be the same, with Microsoft’s Windows 10 variant, tentatively named Windows 10 Cloud would serve as the alternative to the Chrome operating system for the Surface variant.

The Surface Laptop will also serve to be Microsoft’s flagship device of sorts for the other manufacturers to follow suit. That again is the same strategy Google adopted with its Chromebook Pixel device.

However, while the Chromebook already is an established product range that has been in the market for some time now, Microsoft will have to instill enough confidence among manufacturers for them to design suitable Surface laptop-like devices. As of now, Lenovo seems to be the only other manufacturer that is believed to be working on a Surface Laptop like device.

As for the hardware specs, nothing is known for sure though what seems probable is that the Surface Laptop will sport a 13.5-inch PixelSense 1080p display with a 3:2 aspect ratio. Images of the device point to it sporting a USB 2.0 port, mini DisplayPort, along with the conventional Surface Dock connector and a headphone jack. There is no USB Type-C port though.

Further, the device will weigh just 2.76 pounds and measures 14.47mm at the back which tapers to just 9.9mm at the front. The keyboard will have an Alcantara finish, the same fabric that also adorns the touch type cover for Surface Pro 4. Choice of colors will range from cobalt blue and graphite gold to platinum, and burgundy.

Microsoft is also likely to price the new Surface Book in the same range as the Chromebook while still offering a more premium touch and solid build quality. Users can watch Microsoft’s Surface Laptop event on May 3rd online via the company’s official live stream.  The event starts tomorrow 6:30 A.M Pacific Time.