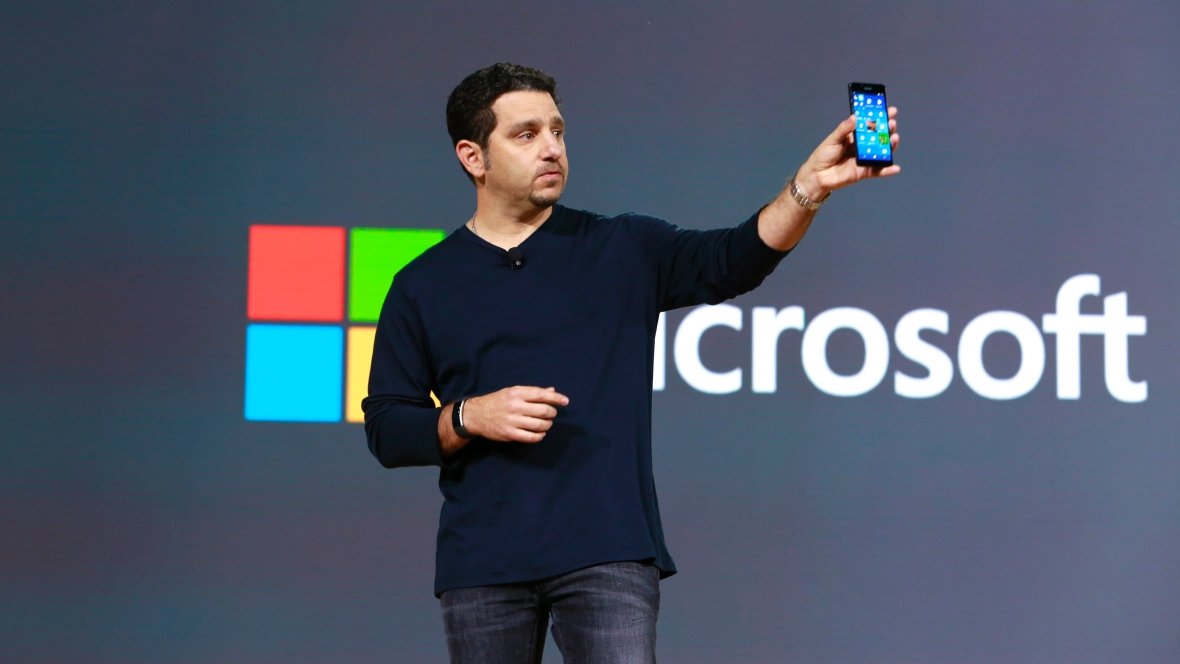 Microsoft finally announced the Lumia 950, 950 XL, Band 2 the Surface Book, and Surface Pro 4 Windows 10 devices. We are covering all the key specs and the features of all these devices that were announced by Microsoft at NYC event few days ago.

Starting with the mobile phones, Lumia 950 and 950 XL are two mobile devices that are to be launched by Microsoft in the month of October this year. These mobile devices are a the continuation of the 9XX series of the Lumia series. 950 series is a complete overhaul to the 930 series as is indicated by the complete skipping of the 94X designation. 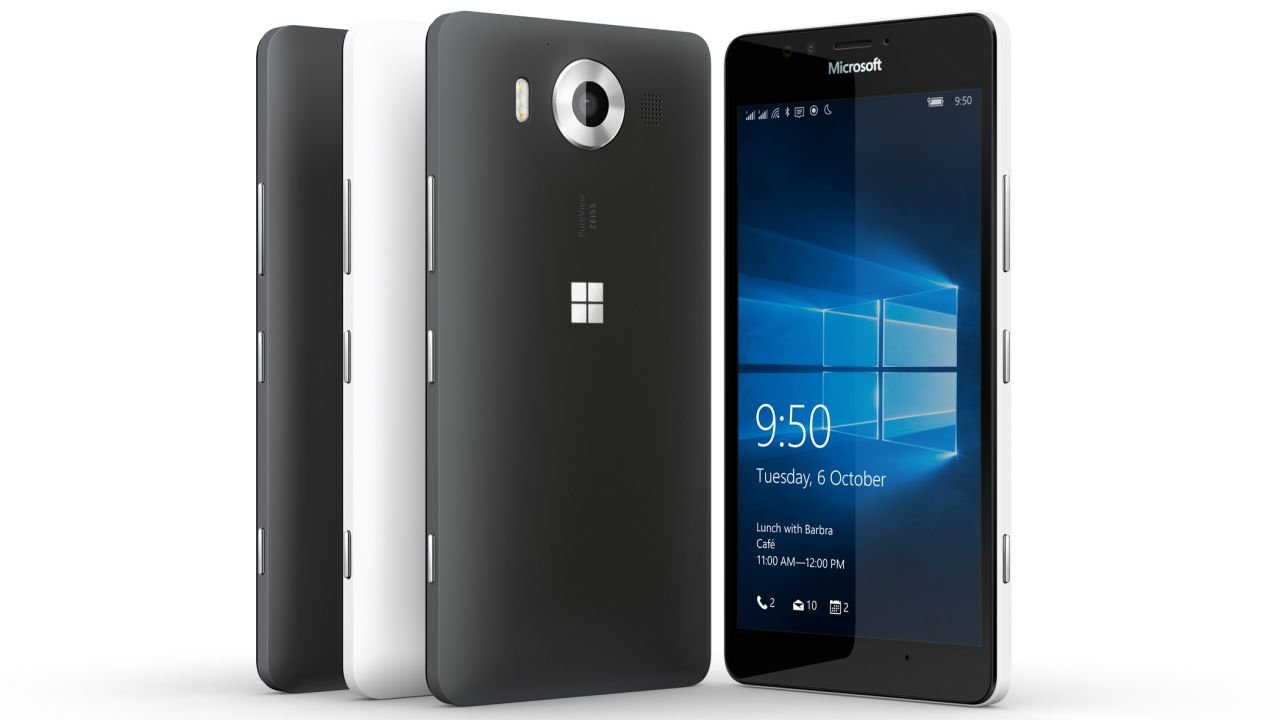 First going to the specs and features of the Lumia 950, design wise, the device has great aesthetic appeal and is available in matte white or black polycarbonate body.

The device has optional dual SIM. The 950 feature a 5.2-inch WQHD, 1440X2560 OLED display. The device is powered by Snapdragon 808 processor that has a 64-bit architecture and is hexa-core. There is also a near infrared Iris scanner for the Windows Hello feature. For those of you who are not aware of the Windows Hello feature, it is a biometric security feature that uses you for identification and getting into the device. The device has 3GB of RAM for smooth operation.

The camera specs of this device are also pretty amazing at the rear there is a 20MP f/1.9 PureView camera with triple LED flash and in front there is a 5MP Wide-angle front facing the camera. The device comes with 32GB internal memory and is expandable up to 200 GB via microSD card. 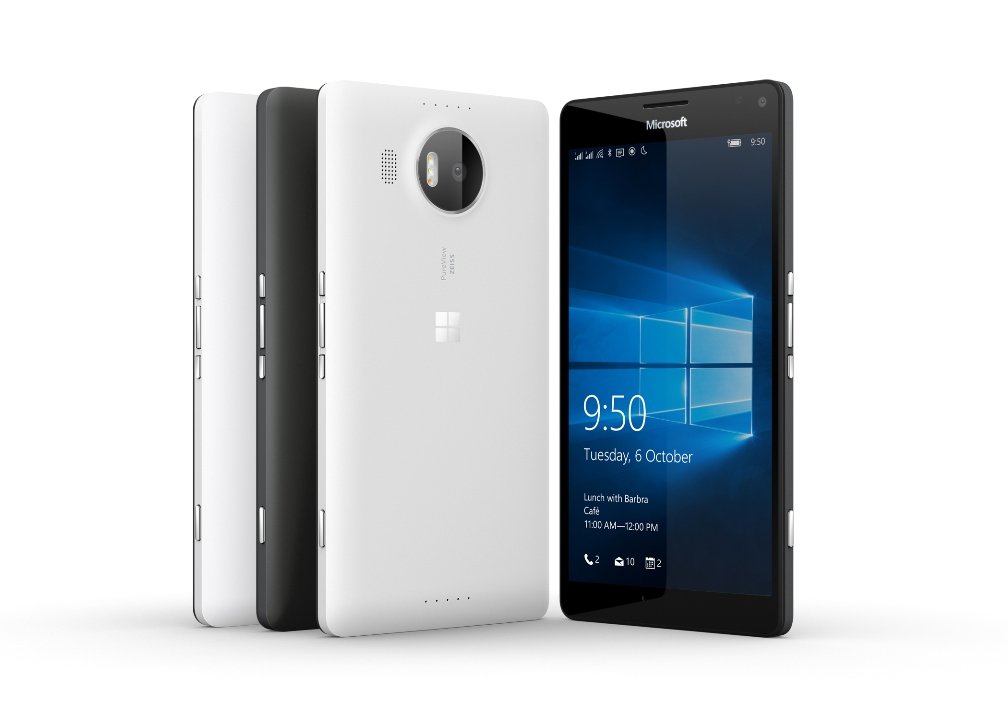 Moving on to the 950 XL, it has the same textures available as the 950. It also has optional dual sim support. The screen is a 5.7 inches wide OLED display and has the resolution of 1440X2560.

It has the same 20MP f/1.9 PureView camera with triple LED flash as that of the 950, and the front facing camera is also the same 5MP Wide-angle front facing the camera. This device is powered by Snapdragon 810 processor which a 64-bit octa-core processor.

Other than this, all the other features like Iris scanner, Qi wireless charging, fast charging and USB C connection is the same.

Moving on to the Surface Book. It is the first ever laptop that has been manufactured by Microsoft. This device features a 13.5” screen and is a 2 in 1 device by design. The device surely turned many heads and had jaws dropping with its design and overall performance specifications. 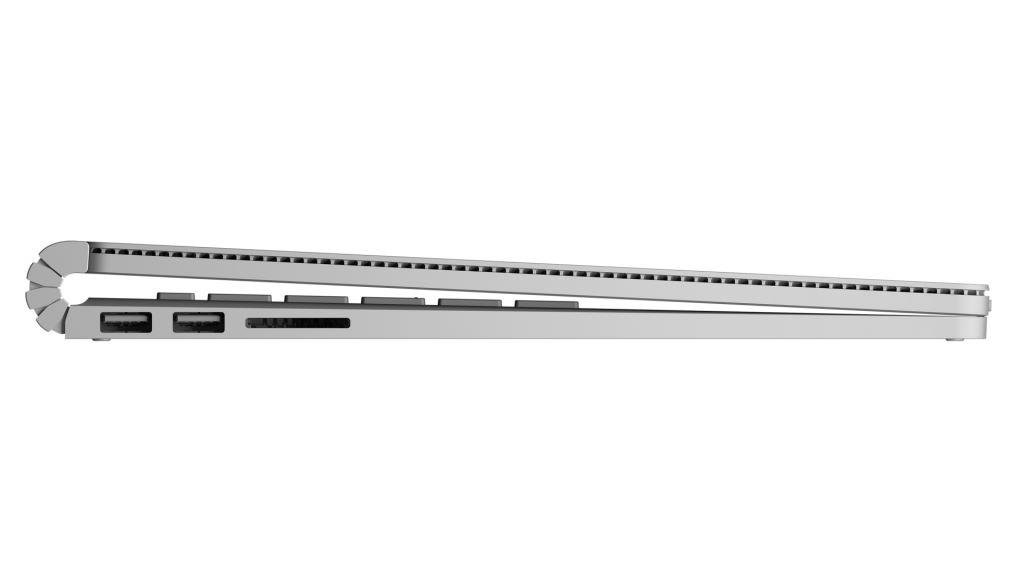 The laptop has a full sized keyboard that 1.6mm travel and is fully backlight. It also has 5-finger recognition with subpixel resolution support. Talking of battery life, the device can run for 12 hours when playing videos, and when the screen is detached, it runs for around 3 hours. 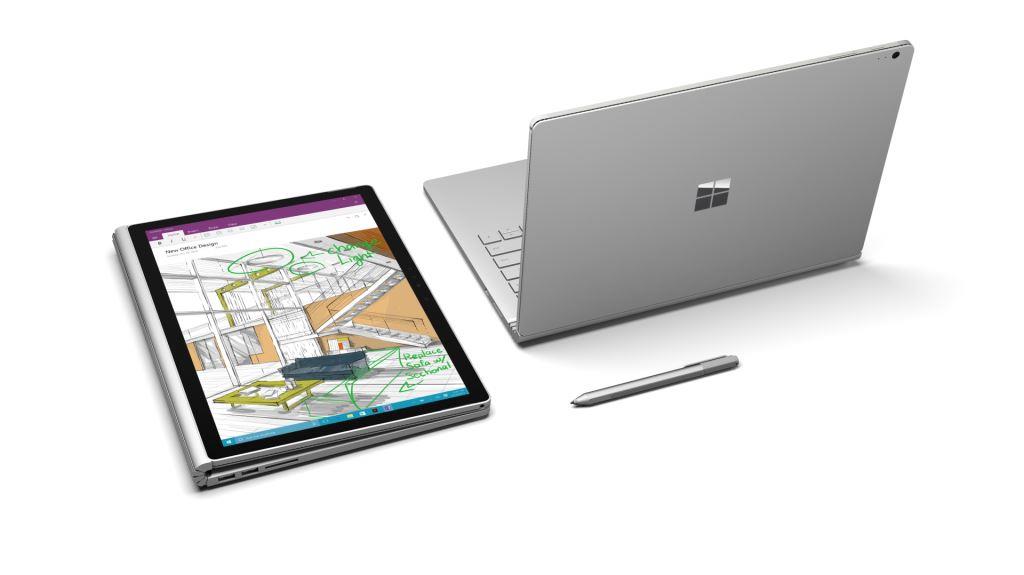 Talking of audio, this device has the dual microphone, front and rear facing, and the speakers are supported by Dolby audio. Moving on to the ports, the device has 2 full sized USB 3.0 ports, a full-size SD card reader and stereo/headphone jack port. The Surface book also comes with a Surface pen, which has 1024 pressure sensitivity magnetic storage. 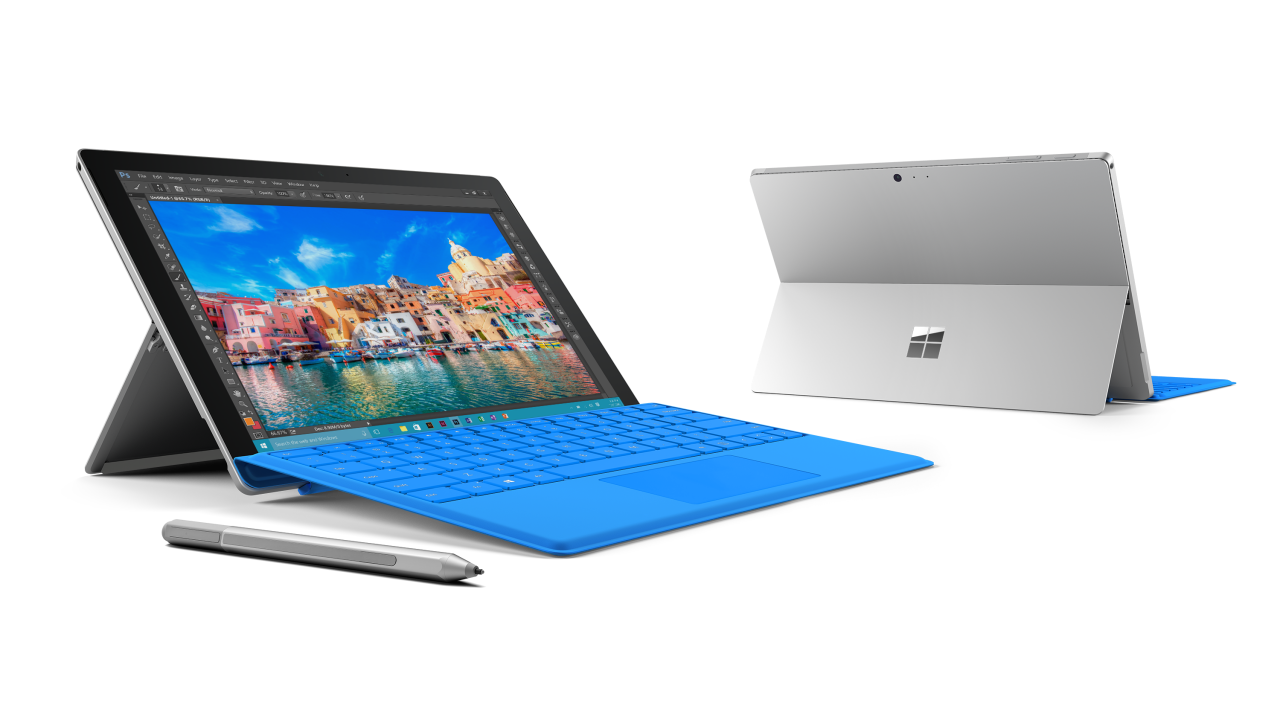 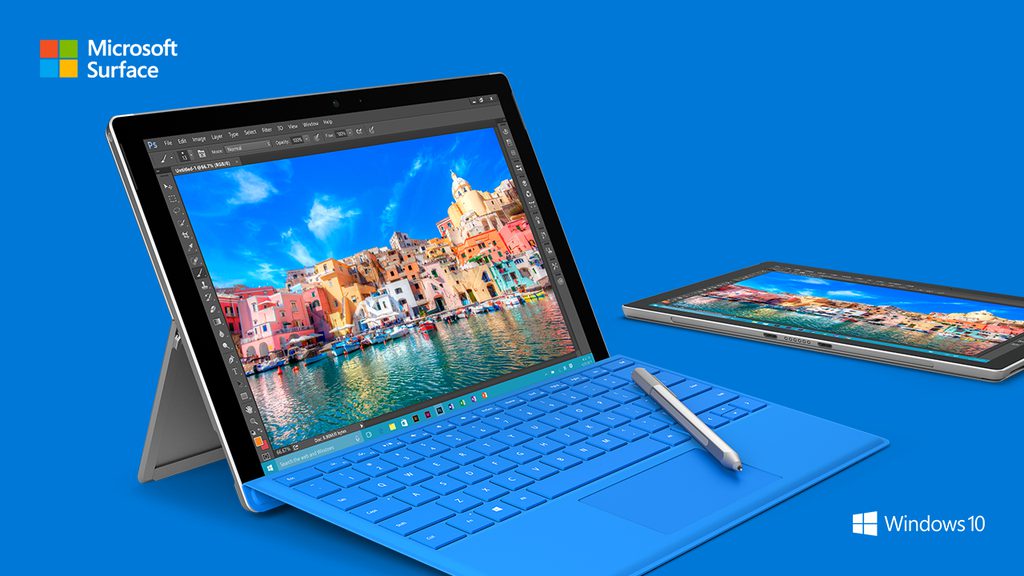 Talking of the powerhouse, there are three options, 6th Gen Intel Core m3, i5, or i7. In the graphics department, the m3 version has Intel HD Graphics 515, the i5 version has Intel HD graphics 520 and the i7 version has Intel Iris graphics. The device has 3 RAM options of 4GB, 8GB and 16GB. It has two cameras, a 5.0 megapixel front-facing HD camera and an 8.0-megapixel rear-facing autofocus camera with 1080p HD video recording. With the device, you will also get a surface pen. 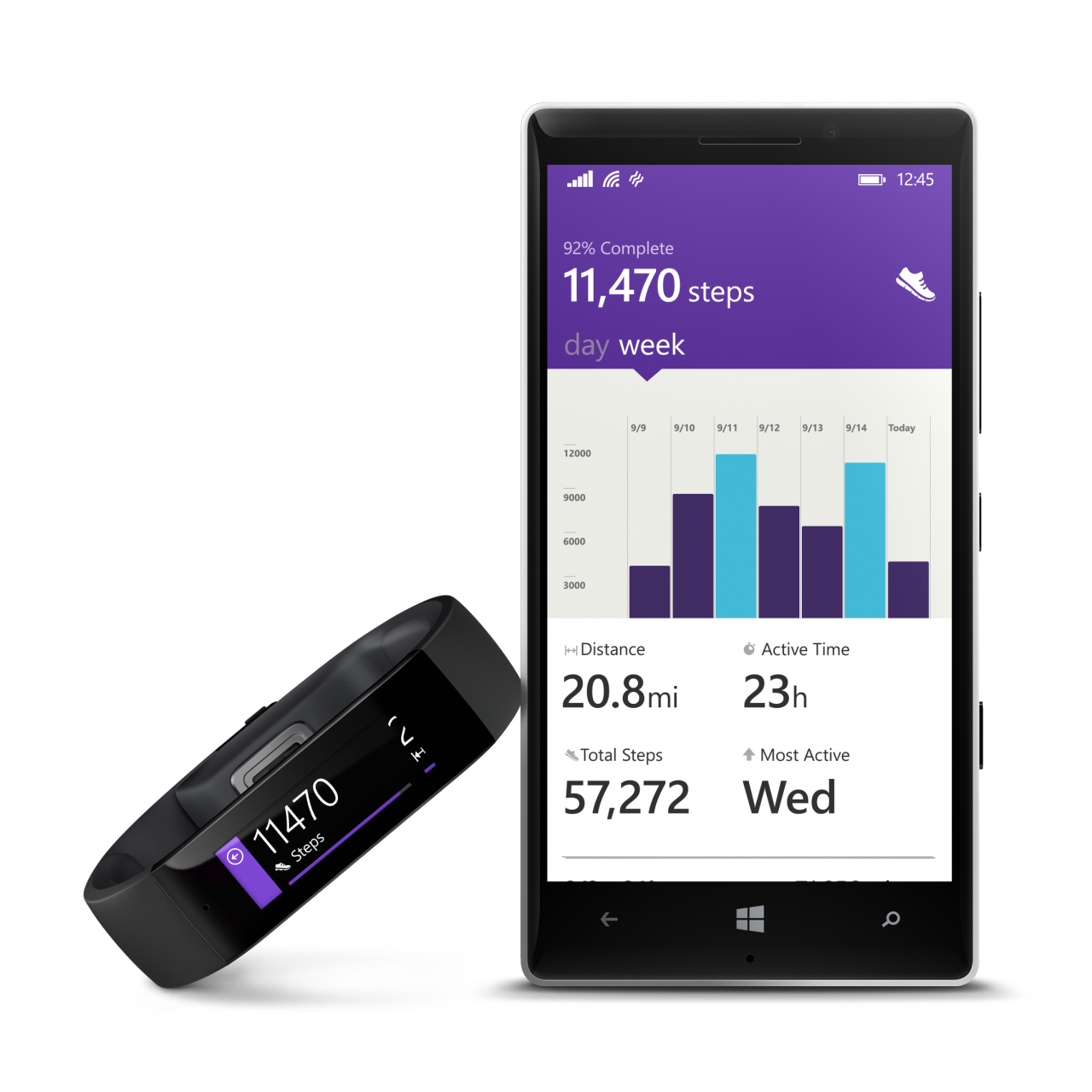 Finally, the much awaited device, the Microsoft Band 2. This band is made from Thermoplastic elastomer silicone vulcanate (TPSiV). The display size is 32mm x 12.8mm. The device uses curved AMOLED technology.

Resolution of the screen is 320 x 128 pixels. Microsoft announced the battery of this device to last for 48 hours and getting fully charged in 1.5 hours. Optical heart rate sensor, 3-axis accelerometer, Gyrometer, GPS, Ambient light sensor, Skin temperature sensor, UV sensor, Capacitive Sensor, Galvanic skin response, Microphone, Barometer are some of the sensors that are there in this device. 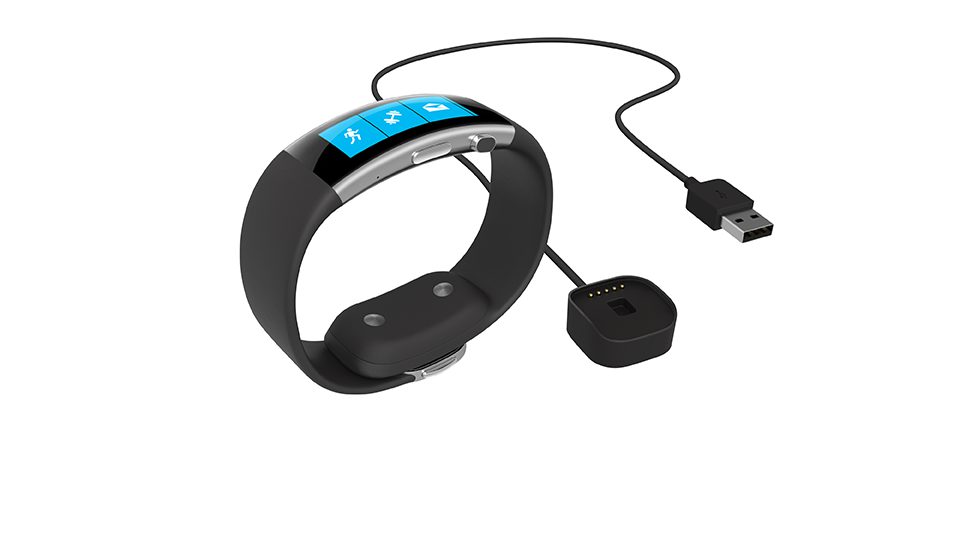 Connectivity is through Bluetooth 4.0 low energy version. Windows Phone 8.1 update or greater, iPhone 5, 5C, 5S, 6, 6 Plus with iOS 8.1.2 or higher and Android 4.4 or later phones with Bluetooth are some of the phones supported by this band.

Overall, we are very excited to see the performance and get our hands on these beauties. Let’s see how these devices fair in the market!