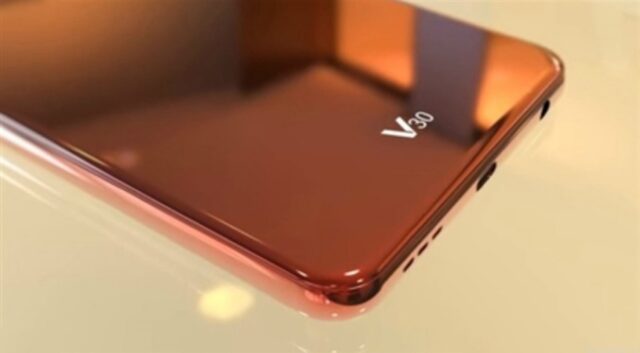 LG has made an official statement that their next flagship offering LG V30 display is going to feature a plastic OLED FullVision panel. The company also provide a partial image of the device which indicates that the device will be sports 6-inch P-OLED display.

The statement is made by the company’s president, Juno Cho who mention that this is the best to bring the OLED panel in their high-end offering. The Full Vision panel allows reducing the overall perimeter of the device. However, no further information has been disclosed by the company regarding specs and design.

As prior to the announcement, LG V30 were rumored to be sporting a 6-inch OLED FullVision display with an aspect ratio of 18:9. But now with the current official statement has clarified that LG V30 will be equipped with Plastic OLED panel so called P-OLED display. Compare to its predecessor LG V20, the V30 has a 20% less upper bezel and 50% less low bezel. Further, the new display is protected by Corning Gorilla Glass 5.

Speaking on the announcement, Juno Cho further said: “Expertise in OLED has long been a core competency of LG, and the technology has always been seen as a potential value-add for smartphones. With competition in the global smartphone space fiercer now than ever, we felt that this was the right time to reintroduce OLED displays in our mobile products.”

LG V30 has been subjected to many leaks and rumors in recent times. Reportedly, the device is expected to be featured with 6 inches 2K display, Snapdragon 835 coupled with Adreno 540, 4GB/6GB RAM, 64GB/128GB ROM, Dual 13MP rear camera with F/1.8 aperture. Further, the handset may be equipped 32-bit/192kHz audio DAC and Bluetooth 5.0 with Quick charge 3.0.

The recent announcement indicates that the LG V30 will follow the same footprint of LG G6 design aesthetics. The LG V20 was a fabulous device but it could not sell well in the global market. Some expert suggests that LG has not given importance to their product launch and marketing strategy. As the Apple and Samsung is on the verge of launching their next flagship offering, We hope that V30 can do the wonder for the LG this time.