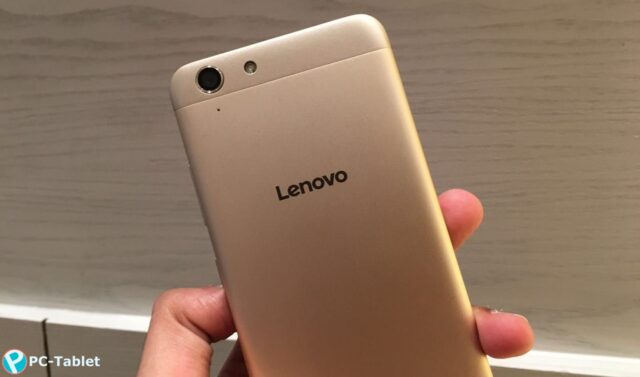 Lenovo Vibe K5 Plus, the company’s latest smartphone launched in India on 15th March at a press event in New Delhi. Initially unveiled at the MWC 2016 in February, the Lenovo Vibe K5 Plus comes with its lower-end sibling, Vibe K5. However, there are no significant differences between these phones except the price, screen resolution and the chipset.

The Lenovo Vibe K5 Plus comes with 16GB internal storage, which “fortunately” expands up to 32GB via a dedicated microSD card slot. The reason we emphasized the word, fortunately, is the storage capacity left for users once the operating system along with few pre-installed applications from Lenovo finishes eating up space. We ended up noticing merely 8GB of the storage space available for end users, which is undoubtedly insufficient for any smartphone user of 2016. Hence, we should be thankful to Lenovo for greeting us with nothing but, at least, the storage expansion up to 32GB.

Moving on, the Vibe K5 Plus has a removable back panel alongside a 2750 mAh removable battery. Underneath the back, two SIM card slots are supporting 4G LTE along with a microSD card slot for storage expansion. The front side of the Vibe K5 Plus houses a 5MP secondary camera, the earpiece, the ambient light sensor and the proximity sensor. Three capacitive touch buttons (without backlighting) can be found down the screen.

The power button and the volume rocker are placed on the right side while there is nothing to be found on the left. A primary microphone can be located at the bottom. The back houses a 13MP primary autofocus camera, an LED flash, and the secondary microphone. Just below the Lenovo branding at the back, there are two speakers at the bottom supporting the Dolby Atmos surround sound.

Design wise, the Lenovo Vibe K5 Plus is a decent smartphone having glossy metallic construction. The 5-inch display at the front is smooth and looks stunning. Overall, concerning looks, design, and the build quality, the Lenovo Vibe K5 Plus looks good. Initially, the phone seems to be offering a lot more than something one could expect at such an affordable price tag.

The Lenovo Vibe K5 Plus is compact in size, which is well-optimized for one-handed use. However, it has no support for the fingerprint sensor, especially when other Chinese companies such as Coolpad offering fingerprint sensor at even lesser price tag.

Talking about the software, the Lenovo Vibe K5 Plus comes with its Vibe UI based on an outdated Android 5.1.1 Lollipop operating system, which is just another disappointment. The phone comes preloaded with many Lenovo-exclusive apps, which honestly add no value to the ecosystem. Lenovo should seriously refrain from unnecessarily eating into the storage space, something customers are paying for.

The Lenovo Vibe K5 Plus is powered by a 1.5GHz Snapdragon 616 Octa Core Processor, 2GB RAM, and Adreno 405 GPU. We felt no major lag while swapping between the apps, and the performance was fairly snappy. However, there are big chances of poor performance upon playing high-end games at high frame rate and other graphic intensive tasks. Hence, we will not be commenting anything on the performance until we come up with our detailed review of the Vibe K5 Plus.

We tried out the 13MP camera of the Lenovo Vibe K5 Plus, and it’s certainly not the best one we have seen so far at this price range. Even when the pictures were not much clear, color reproduction was above average. The interface of the camera is minimalistic in nature and offers modes such as Panorama along few effects. The 5MP secondary camera is fairly decent, again not the best one, but suitable for its price point.

Overall, the Lenovo Vibe K5 Plus is a decent phone, offering FHD display, Snapdragon 616 chipset, Dolby Atmos surround sound. The phone is priced at Rs. 8,499 and will be available exclusively via Flipkart starting March 23.