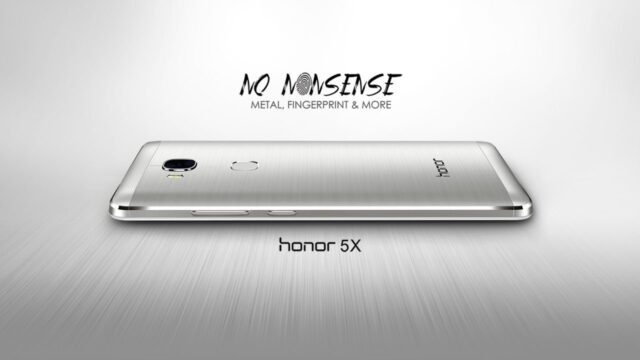 Huawei has rolled out press invites to the upcoming launch event with the tagline – “Faster Better Stronger”. The invite hints that the company is expected to launch its first metallic phone – Huawei Honor 5X, successor to Honor 4X in India on 28 January, 2016.

Equipped with a 5.5-inch Full HD IPS fully laminated display with screen resolution of 1920 x 1080 pixels, Huawei Honor 5X is powered by a 64-bit Octa-core Qualcomm Snapdragon 616 SoC coupled with PC-grade GPU. The handset comes equipped with a 2GB of RAM and 16GB of internal storage, expandble up to 128GB via a microSD card slot.

Honor 5X runs Android Lollipop on the top of Emotion UI (EMUI) 3.1. We expect an update to Android Marshmallow will be available by the end of Q1 2016.

A 3,000mAh battery fuels the smartphone, which company touts to deliver full day power backup on heavy use. The device comes integrated with SmartPower 3.0 technology with eight-point power saving plan to reduce power consumption by 30%.

At CES 2016, Huawei announced a roadmap to its expansion plans to other countries. The company also showcased its upcoming Mate 8 phablet, MediaPad M2 tablet, and GX8 smartphone during the event.