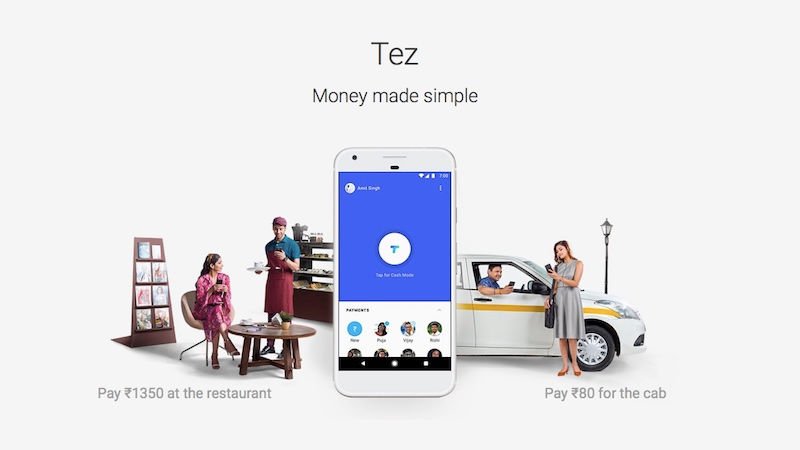 Registering on the Tez app is quite easy; Initially, users have to enter their bank account credential like account number and send the text message from their registered phone number via the Tez app’s interface. After get verified, Google asks the user to fill a UPI based PIN in a prescribed field. Once done, users can start making payments. Apart from this business, Google is also looking forward to adding a Business Messaging channel to its services.

Google Tez app comes with a feature called Cash Mode which allows users to transact via an audio stream sent to a nearby person. Google has also collaborated with SBI, ICICI, and HDFC Bank in order to avail a backend processing. Furthermore, the Google has partnered with popular service providers like RedBus, PVR Cinemas, Domino’s Pizza, DishTV and Jet Airways.

The Google has also introduced a “Tez Scratch Cards” scheme for offering customers deals and vouchers through this feature to attract them. Regarding security, Google Tez is protected by high bit encryption firewall to avoid any of hacking and intrusion in customers accounts. Nonetheless, the companies like Samsung, WhatsApp, Netflix, and Amazon are also looking forward to making their footprint in digital payment business in India.

Digital payment business is growing at a very rapid rate in India. The service providers like Hike messenger, Uber, Samsung Pay, Axis Bank, Trupay, etc. are already ruling the market. It seems that the Google is a bit late in introducing their payment app, but hopefully, their brand identity will kick-start their business, and they will become the first choice for the Indian consumers in the upcoming weeks.