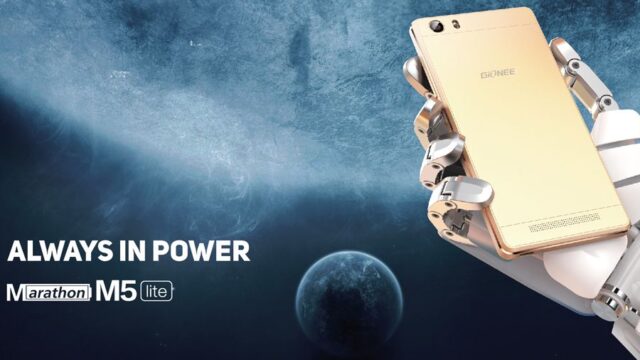 Gionee Marathon M5 Lite has been launched with a 5-inch display and a 4,000mAh battery in Golden Brown color with a price tag of Rs. 12,999 in the market. The handset, designed using an aviation-grade aluminium alloy, is available for purchase from the official online store of the company.

According to company sources, the Gionee Marathon M5 Lite will have the capability to deliver up to 40 hours of Talktime, 68 hours of music playback and approximately 40 hours of Standby time. It is also possible to use the device without charging for a maximum of three days.

Gionee has manufactured Marathon M5 Lite in such a way to use the device as a power bank as well using OTG, which enables you to charge your other smartphones and tablets.

The device is powered by Android 5.1 Lollipop on top of Amigo 3.1 UI. We expect Gionee to provide an upgrade to Android M soon.

Gionee has integrated an 8MP primary camera with LED flash in addition to a 5MP front-facing snapper. The device also includes sensors like ambient light, gravity and proximity including the standard connectivity features. Gionee Marathon M5 Lite measures only 8.5mm in thickness and weighs 183 grams.

Gionee Marathon M5 Lite will most likely have to face competition with the recently released ASUS Zenfone Max, which has 5,000mAh battery priced at Rs. 9,999. Lenovo K4 Note is also a possible competitor for M5 Lite with CoolPad Note 3 also in the race.