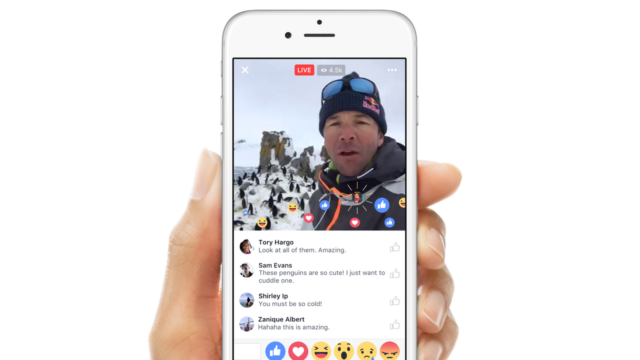 Facebook has made its Live feature available to all of its app users on both iOS and Android operating systems. At first, the social media giant introduced the Facebook Live the US. In India, the service has been accessible only by selected users till now. Today, the company opened up the feature for public use in the country. From now onwards, every Facebook user and Facebook page will be able to use the Facebook Live by any Android or iOS device. In the Facebook’s Android app, the option will be clearly visible under the status box beside the Photo option, while iPhone users will have to click on What’s on your mind box and search for the Live Video button at the bottom. The new feature is being rolled on gradually to all users in the next few days.

Facebook Live was launched a year ago in the month of August in 2015. At that time, it was exclusively usable by verified VIP users on Facebook. The users had the ability to stream live video through the Facebook Mentions application. The latter is an app made for verified celebrities to upload customized contents effortlessly. The live streams made through this app showed in the news feed of users like normal posts, and the people could comment on it in real time. The live streams were then by default saved as a general video post in the broadcaster’s timeline.

The feature is aimed to compete with live streaming apps like Periscope and Meercat. Facebook made the Live streaming facility available for general users for the first time in January this year. The very first to get this facility were the iOS users in the USA. The Facebook Live received a major update in April 2016 when it became compatible with drones and professional video cameras. The social media giant roped in an additional option in its app for showing present and recent live videos.

Live videos of duration up to 4 hours can be streamed by each user. This is a massive increase compared to the previous 2-hour duration limit. Facebook have also given every user an option to conceal their comments under the live streams from the public. The Facebook Live is being aggressively pushed by its owner. There have been instances of Facebook providing monetary incentives to celebrities and popular Facebook publishers to use their new feature.