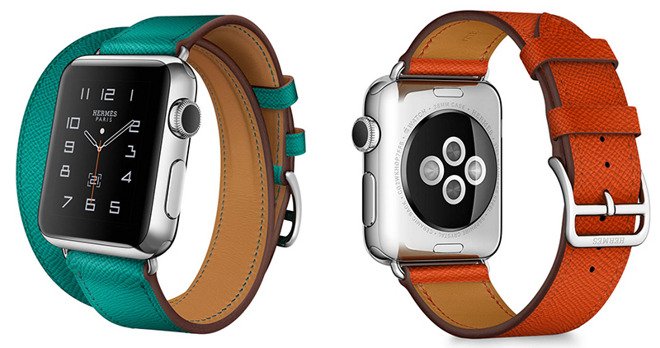 Apple Inc. (NASDAQ: AAPL) is all set to launch its new collection of Apple watch bands designed exclusively for the company by the fashion giant, Hermès.

The watch bands are predicted to be standalone, unlike the previous package introduced by Apple back in October, which included both a watch face and a Hermès watch band.

The bands will arrive in three different styles,

The company plans to introduce these styles in impeccable color shades that may help itself compliment and keep up with the growing fashion sense of its users.

The most recent update that the Apple Watch witnessed was dated back in October when the company introduced a new package with a new Watch face featuring a special line of dedicated Hermès bands.

The new update to the package brought along four different colors to the long-running line of Apple watch bands.

The lack of White and Peacock Blue for 42mm watch faces is a rather sad news for 42mm watch face owners. Although the important thing to remember is that the ‘“Cuff” watch band is exclusively available only for 42mm, watch owners.

All in all, it’s a great attempt by the company to introduce the general users to its exclusive line of accessories, which were at first available only to those willing to shell out a huge chunk of cash from their pockets.