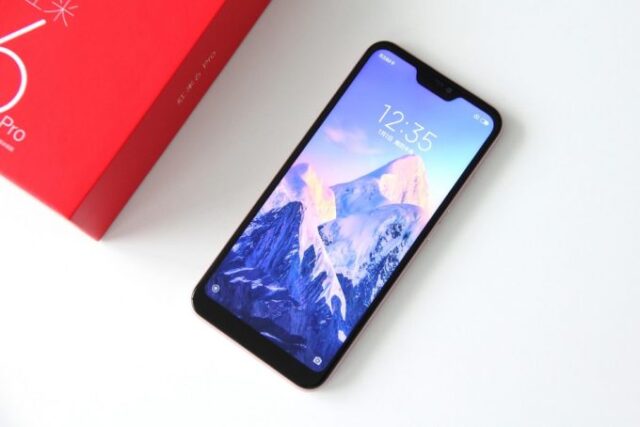 Xiaomi Redmi 6 Pro is set for an official unveiling on June 25. The device is essentially an upgraded version of the recently launched Redmi 6. The company had earlier teased press images of the handset on its official Weibo account. Now, we have a complete 360-degree view of the handset thanks to a new unboxing video that has surfaced online.

According to the video, the Redmi 6 Pro will have a notched display, a trend widely adopted by Android manufacturers since the launch of the iPhone X. That said, the device still retains a pretty thick chin despite having a notch on top. Meanwhile the rear of the handset appears to a mix of plastic and metal giving the handset a premium look and feel. Check out the video below:

In terms of specs, the Redmi 6 Pro is said to feature a 5.84-inch (2280×1080) display having a screen ratio of 19:9. The display is equipped with features such as sunscreen, night screen, smart environment adaptation mode, as well as an eye protection mode.

Under the hood, the device will be powered by Snapdragon 625 octa-core processor with built-in AI voice assistant. The device will be offered in a choice of 3GB+32GB and 4GB+64GB RAM and storage configurations. The Redmi 6 Pro will also come equipped with a microSD slot that’ll offer upto 256GB of expandable storage.

As for OS, the phone will run Android Oreo with MIUI 10 UI out-of-the-box just like recently launched Redmi 6. Juicing up the handset will be a massive 4000mAh battery.

In the photography department, the device will pack a 12MP+5MP dual-lens rear camera setup with PDAF. For selfies, the handset will come with a 5MP front-facing shooter with support for Portrait Mode, AI Beauty, HDR modes, as well facial unlocking.

Elsewhere, the device will retain the standard 3.5 mm audio jack. Furthermore, it’ll be able to take two Nano SIM cards and one SDcard simultaneously. Not to mention, it still retains the older microUSB standard as there’s no slot for a USB-Type C port. Meanwhile, accessories in the box will include a USB cable, wall charger, as well as a water-resistant pouch.

Xiaomi Redmi 6 Pro is all set for launch in China on June 25. The company promises it to be a high-performing budget alternative compared to other flagships. While there’s no official word on its pricing, key sources indicate it’ll be priced around CNY 1000 (Rs.10,000 approx.), which we’ll say is a very competitive price tag given its specifications.