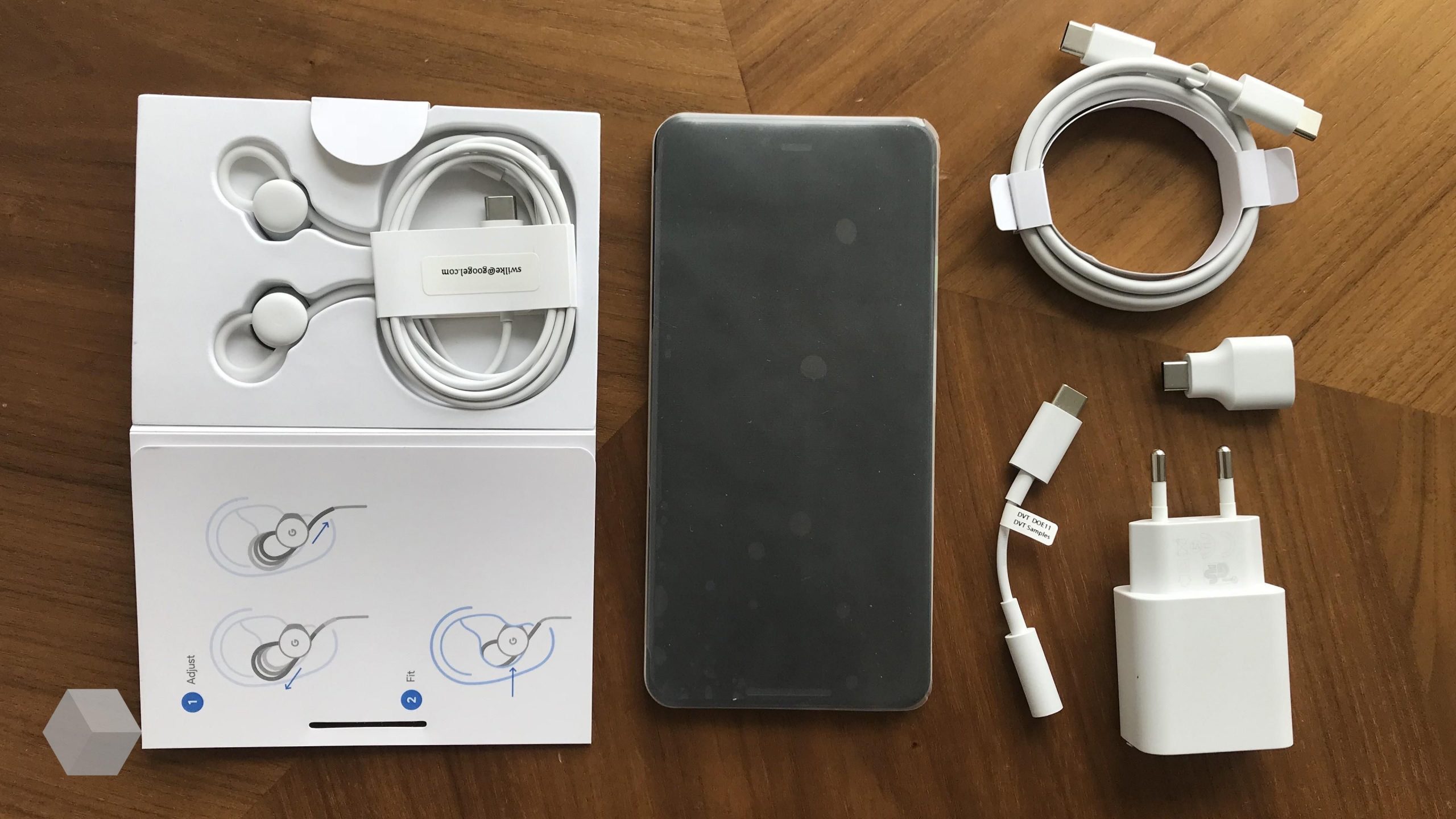 The Pixel 3 XL happens to be among the last of the major flagship phones still to be launched. That also makes it a keenly awaited affair every year, with the occasional leaks and rumours keeping the excitement going. However, things have gone a bit too far this year so that we already have even a full unboxing of the yet to be released phone.

The latest leak has been preceded by another when an Ukrainian showed off a Pixel 3 XL which he claimed to be as good as the real stuff. He even put up the device for sale with an asking price of $2000. The leak had hardly died out when we now have more from Russian blog Rozetked who seem to have the real thing complete with the retail box as well.

As is evident from all that Rozetked revealed, the Pixel 3 XL will be accompanied by a USB-C charger, a Quick Switch Adapter to retrieve data from the previous phone along with wired headphones. The latter again is based on the Pixel Buds but is wired this time. The headphones connect to the phone via USB-C port while the presence of the USB-C-to-audio-jack dongle sort of confirms the Pixel 3 XL too will be missing out on the headphone jack. Then there also is an EU adapter as well to adjust to European settings.

Another leak courtesy of Wylsacom has also come to the fore. And the same also revealed some spec details as well, like there is going to be a 1,440 x 2,960 pixel 6.2-inch display upfront while a Qualcomm processor would be powering the device. No points for guessing it’s going to be Snapdragon 845 that would form the core of the device.

Meanwhile, Eldar Murtazin of mobile-review.com, mastermind of yet another leak revealed the earbuds will include a button to invoke Google Assistant. He also claimed the phone to come with a plasticky back. Specs mentioned by Eldar include a Snapdragon 845 SoC, 4 GB of RAM along with 64 GB of storage. That no doubt applies to the base version with a more up-market version surely in the offing as well.

Also, with so many leaks revealing almost every aspect of the upcoming Pixel 3 XL, there might be almost nothing left for Google to surprise us with on the actual launch event, which is expected to happen sometime in October.