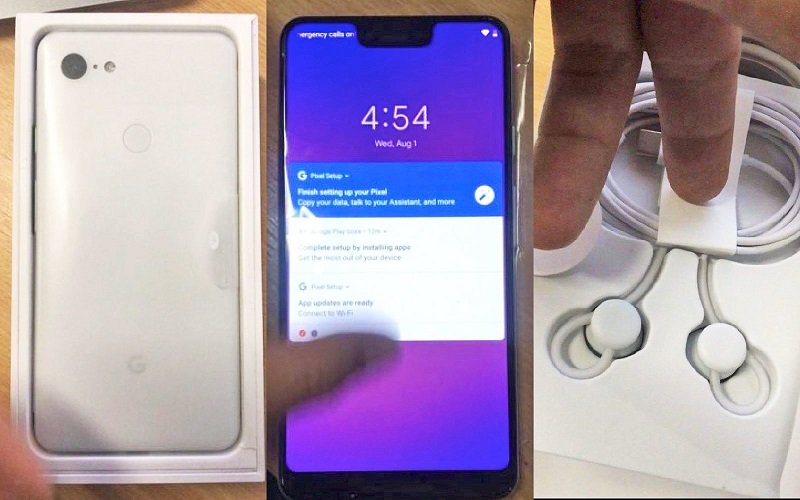 Rumours about the upcoming Google Pixel 3 XL are pouring in thick and fast. Today, a Ukranian tech blogger has allegedly leaked a white colour variant of the handset in a short unboxing video.

The leak falls in earlier leaks of the device which tipped at a notched display. And the latest leak gives us a good look at the notch this time around which in our opinion looks rather chunky.

Besides, the unboxing video gives us a look at the handset’s box contents. To begin with, the box shows a pair of USB-Type-C headphones that look similar to Pixel Buds as the device won’t feature a 3.5mm headphone jack. The box will also include a standard USB-C to 3.5mm adapter, according to the video.

The latest leak further reveals key device information. The device’s information screen shows that the Pixel 3 XL will run Android 9 Pie out-of-the-box. Under the hood, the device will run an octa-core Qualcomm processor, which will most likely be the Snapdragon 845 chipset. The leak further notes that the processor will be paired with 4GB of RAM and Adreno 630 GPU. Finally, it shows that the handset will boast a screen resolution of 1440×2960 pixels.

The new leak pretty much clears the air about what to expect from the Pixel 3 XL. Even images obtained from the video show a white Pixel 3 XL handset which looks like a final production unit. That being said, we haven’t come across many leaks about the smaller Pixel 3. Though its safe to assume it’ll more or less get the same packaging.

Google is expected to announce the Pixel 3 and Pixel 3 XL sometime in October. Hence, it’s highly likely we’ll come across more leaks about these devices in the coming months. We’ll update you as soon as we hear anything new. Until then, keep checking back for more.