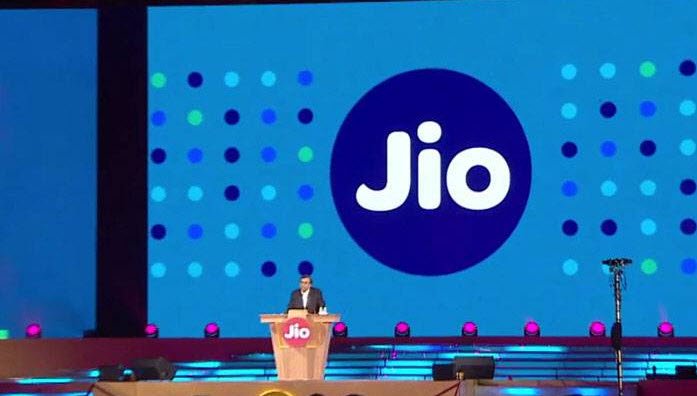 Reliance Industries chairman Mukesh Ambani announced that the Reliance Jio 4G services will be available for free under Jio Happy New Year Offer from December 4 until March 31, 2017. Previously, Reliance Jio informed that the free welcome offer will come to an end on December 31. However, Ambani had cleverly renamed the offer to escape the TRAI regulation of free services for 90 days.

Ambani also announced that the existing Reliance Jio customers will be automatically migrated to the free offer from January 1 without any need to change the SIM card.

Moreover, the company also fine-tuned the fair usage policy from the existing 4GB to 1GB under Jio Happy New Year Offer. He also announced the Number Portability System to enable existing customers of other telecom providers will be able to easily migrate to Reliance Jio.

During his speech, Ambani revealed that nearly 80 percent of Jio users consume less than 1GB of data on a daily basis. He also stated than 1GB per day is 30 times more than the average usage provided by other competing networks. The main purpose behind the new fair usage policy is to ensure an equal share of network capacity.

In #Jio Happy New Year Offer, we have fine-tuned our fair usage policy to ensure all users get fair share of network capacity: Mukesh Ambani

Ambani said that if a customer exceeds 1GB of data per day, they can recharge the data package as per the existing rates by using JioMoney wallet. Hence, they can use the wallet mobile app on testing mode during this time. Moreover, the JioWallet application can also be used for payment of utility bills and for booking bus, train and movie tickets.

Ambani added that the welcome offer was originally launched to trace any problems. The company got several feedbacks and the team has been working to resolve them. He said with big applause that Jio is better today than when we started.

He also lauded Prime Minister Narendra Modi’s bold and historic decision to demonetize old currency. It has given a strong push to the rapid growth of the digital economy in India.

Today, I would like to congratulate Prime Minister @narendramodi ji's bold and historic decision to demonetize old currency: Mukesh Ambani

Ambani revealed that digital transaction provides huge boost for the economy with greater transparency and accountability. The JioMoney mobile wallet app will fulfill the aspirations of people to have a Digital ATM in their pocket.

To create awareness among Indian merchants, Reliance Jio will launch JioMoney Merchant Solutions within the next few days. This will enable small shops, restaurants, and railway ticket counters to digitalize their transactions easily.