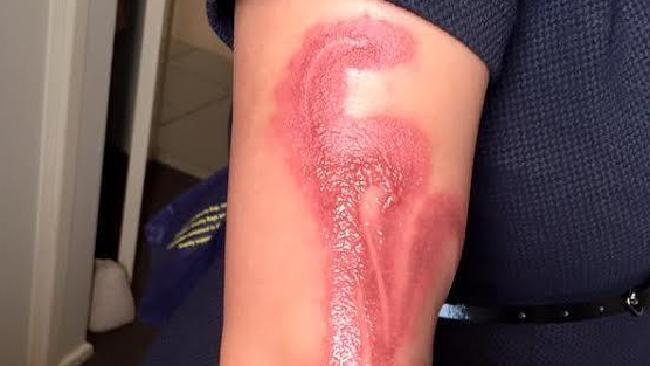 A pregnant mother based in Western Sydney suffered nasty second-degree burns from her iPhone 7. According to Melanie Tan Pelaez, she had connected her Phone 7 to the charger and was watching movies. Suddenly, she fell asleep while the phone continued to play.

Pelaez was shocked when she woke up with high irritation similar to that of the pins and needles down her arm. She immediately realized that something was wrong.

Responding to a popular Australian news portal, Pelaez disclosed that she went to get dressed and realized my arm was very red. She also consulted her Physician, who advised her to report the incident to the hospital.

After a series of medical tests, the hospital informed her that the mark was caused as a result of a burn from a foreign object. The doctors advised her to see any objects nearby her bed, which probably caused the problem.

Pelaez managed to correctly match the markings on her arm to the iPhone 7 and charger. She was able to confirm the fact that iPhone 7 had indeed caused the red patches over her arm. 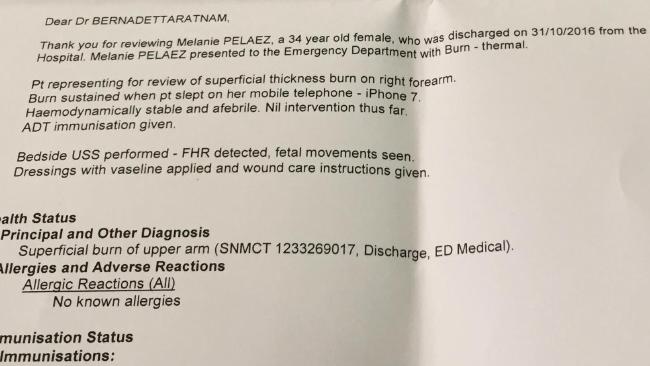 Meanwhile, she went to the Apple Store and reported the incident. The staff captured the details of the handset and informed her that the red patches are not because of iPhone 7 since the phone doesn’t have a distinct smell.

In the meantime, Pelaez got a call from a member of the executive team who told me they were now handing the matter and had sent the phone to a senior technician in California for testing.

Pelaez said that she visited the emergency room twice to change the dress. She is also reportedly consulting a plastic surgeon to know about the various options for dealing with the scar left on her arm. We don’t think a surgery is possible at this stage for her since she is pregnant.

We are not sure whether the burn injury is caused as a result of iPhone 7. Let’s wait for the investigation to complete.