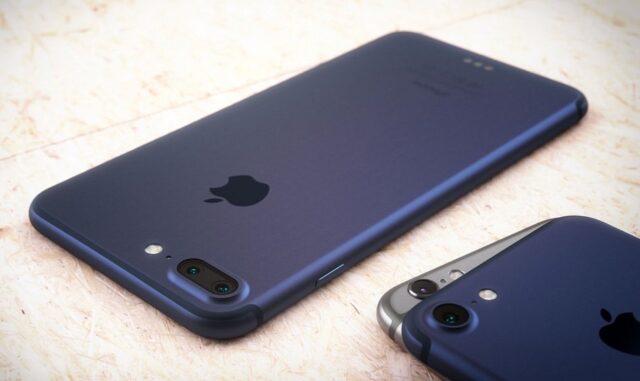 With the WWDC 2016 over and Apple having released iOS 10, all we’ve got to do is wait for the company to bring us their latest iPhone 7.

New information by a Chinese mobile repair store ‘Rock Fix’ suggests that a few aspects of the phone will be different despite the wide-spread rumors of consumers’ expectations. The images were reported by Engadget and tell us what we can probably expect from the upcoming iPhone 7.

There have been news that the iPhone 7 will not have the 3.5mm headphone jack. Apple too ascertained that they would be ditching the traditional headphone jack to support audio playback through their lightning port.

Rock Fix’s images also say that the new iPhone will offer dual-SIM capabilities. The first iPhone to do so, you may be able to use two SIM-cards on an iPhone after all this time. As rumored earlier too, the iPhone 7 will come with wireless charging capabilities so you are likely to see a SmartConnector at the back of the device.

The phone will sport antennas towards the top of the phone on either side, probably to accommodate the change of modem chip on the GSM models.

The images reported by Engadget say that there will indeed be a dual-camera on one of the variants of the iPhone 7. So far the phone is expected to be released in three variants: iPhone 7, iPhone 7 Plus and iPhone 7 Premium. You will see the dual-camera set-up on the larger phone, but we don’t know if it’s going to be both the Plus and Premium that will get it. Rumors say the iPhone 7 Premium will come along with 3GB RAM in order to support the dual-camera set-up smoothly.

A SanDisk memory chip that reads 256GB is also featured among the photographs telling us that the iPhone 7 will ditch the entry-level 16GB storage variant and will run with 32GB, 128GB, and 256GB of storage options. Another report draws light on the fact that some of the iPhone 7 models will come with Intel’s modem chips over Qualcomm’s solutions.

The new 4.7-inch variants of the iPhone 7 will be made by a new vendor Pegatron, while the larger variants will continue to be manufactured by Foxconn.