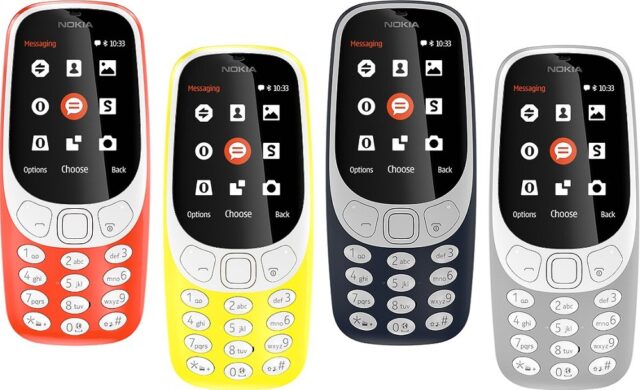 The wait is finally over, as HMD Global finally announced the Nokia 3310 reboot on Sunday at its MWC 2017 press event in Barcelona. The company describes the Nokia 3310 (2017), a “modern twist” to the beloved feature of the 2000s. The phone has sprung to life in a refreshed avatar. Just like its predecessor, the modern version of the handset has gotten a visual upgrade. Though, its remains a feature phone offering absolute basics such as calling and texting.

Nokia 3310 (2017) will be launched sometime in Q2 2017. HMD Global also said the handset will be available in other markets such as the Middle East, Asia Pacific, Africa, and Europe. 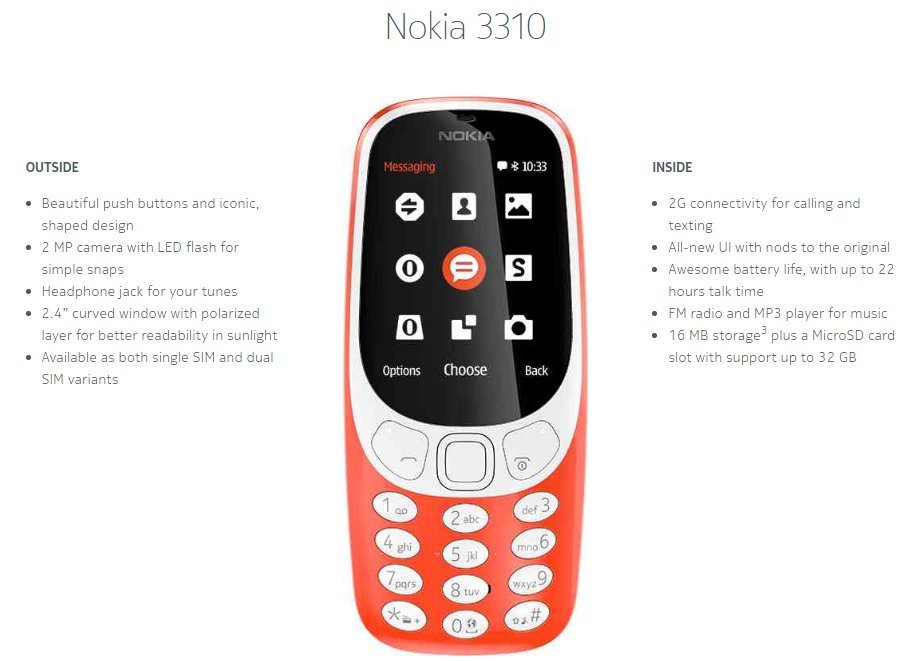 The new Nokia 3310, much like its original model, offers an astounding battery life. The phone’s battery is rated to deliver 22-hour talk-time and month-long standby time. The new Nokia 3310 also includes the standard Micro-USB port for charging instead of the pins. It also comes with 2G, FM Radio and Bluetooth 3.0 capabilities with Nokia’s SLAM technology. The new Nokia 3310 will be available in Warm Red and Yellow with a glossy back. It will also come in Dark Blue and Grey color flaunting a matte finish.

With the Nokia 3310 (2017), HMD Global is also bringing back the popular, classic Snake game. That said, the company says that the new Snake game gets optimized for the new color display. Besides, the company also says that the game will be available on Facebook Messenger as well. For more details, head over to official Nokia website.