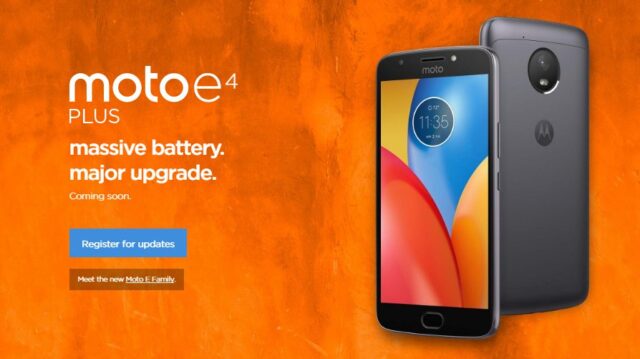 Lenovo has silently launched the Moto E4 in the company’s E-series. It runs on Android 7.1.1 Nougat and comes with a fingerprint sensor on the front. Moto E4 is powered by the MediaTek MTK6737M chipset, though there is a Snapdragon variant, the Indian market will get the MediaTek variant. According to Mumbai-based smartphone retailer, Mahesh Telecom the device is already up for sale in the country and has also published the Moto E4 unboxing and first impressions video.

Pricing and Availability: The Moto E4 comes in Iron Grey and Fine Gold colors and is priced at Rs. 8999 (MRP). The device is currently available across stores in India, while the E4 Plus availability and pricing are yet to be known.

Motorola Moto E4 comes with a 5 inches HD Full lamination display with 2.5D cover glass. It comes with a fingerprint sensor on the front below the display to unlock the phone with your finger. Moto E4 runs on Android 7.1.1 Nougat out of the box and is powered by the Mediatek MT6737 SoC clocked at 1.3GHz Quad-Core processor with 650MHz Mali T720 MP1 GPU. 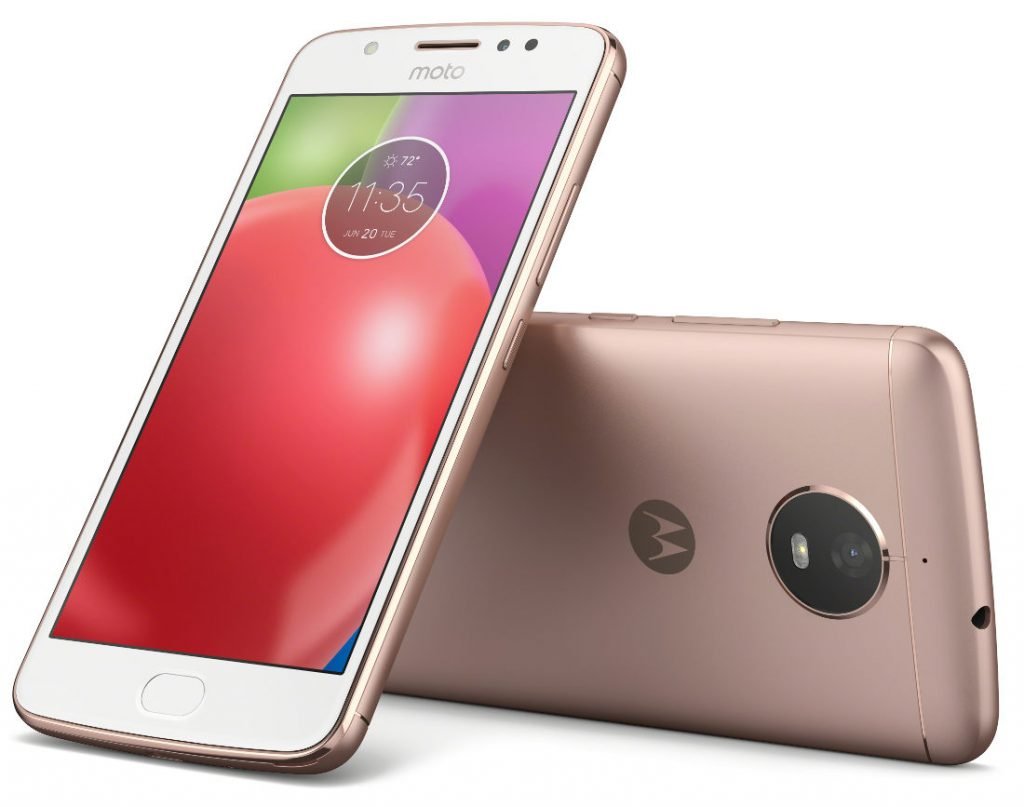 There is 2GB of RAM and 16Gb storage with a microSD card slot for memory expansion. The rear camera is an 8-megapixel shooter with a f/2.2 aperture size and a single LED flash, while the front-facing camera is a 5-megapixel shooter with LED flash, f/2.2 aperture, 74° lens for selfies and video chats. The battery is a 2800mAh removable unit with 5W/10W rapid charging feature.

Moto E4 Plus: Motorola India has confirmed the launch of the Moto E4 Plus in India soon and has already published a teaser video on YouTube confirming the launch of Moto E4 Plus with a massive 5000 mAh battery. The Moto E4 Plus packs a larger 5.5 inches HD display, has the same MediaTek MT6737 chipset but comes with 3GB RAM variant as well. It runs on Android7.1.1 Nougat out of the box. 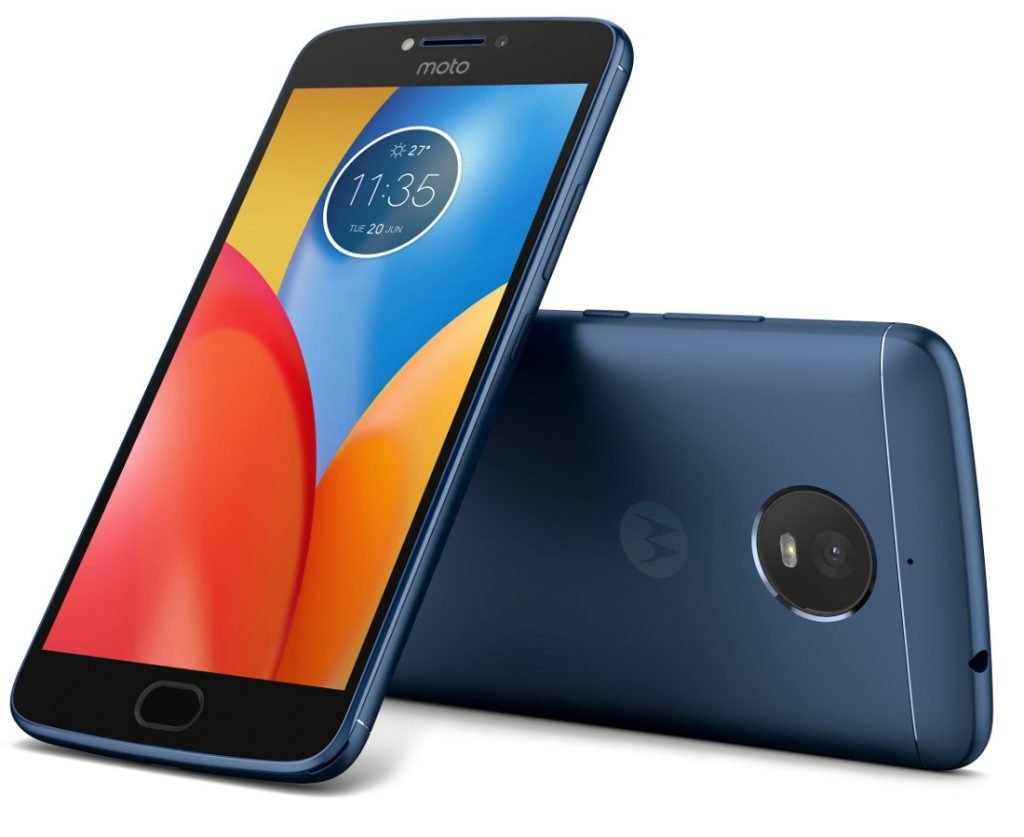 There is a 13-megapixel rear camera with f/2.0 aperture and LED flash and a fixed focus 5-megapixel shooter up front with LED flash. The E4 Plus comes with Water-repellent coating and a Fingerprint sensor. The USP on Moto E4 is going to be the 5000 mAh battery which comes with a rapid charging feature. The color options are going to be Iron Gray and Fine Gold.

We shall keep you updated once the E4 Plus and the E4 are made official by the company. Stay tuned.