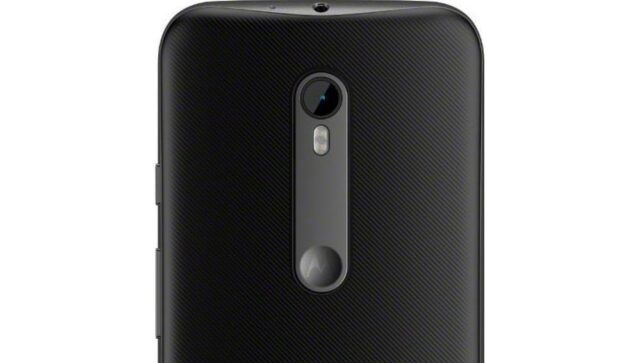 The much anticipated Moto G5 Plus is expected to make an appearance during this year’s Mobile World Congress. The alleged smartphone was spotted on a retailer’s listing recently. And just last month, even a prototype of the phone appeared on the web, where an OLX user apparently sold the Moto G5 Plus for a price of $387. The user listing also revealed key specs and live images of the Moto G5 Plus bearing the model number XT1685.

The latest Moto G5 Plus leak comes via Roland Quandt, who posted a picture of the smartphone and also revealed some of its key specs on his Twitter account.

Moto G5 Plus is gonna be 5.2in it seems (at least in Brasil, incl DTV receiver) as on this photo from https://t.co/7gg30LFX4f pic.twitter.com/Eyxf0kCLoz

Moto G5 Plus: Specs and Features

According to the most current information, the Moto G5 Plus will pack a 5.2-inch Full HD display as opposed to a 5.5-inch screen earlier reported.

Under the hood, the Moto G5 Plus is said to run an octa-core processor clocked at 2.0 GHz, most likely Snapdragon’s 625. Moving on, the device is also said to come with NFC, FM Radio, Digital TV, along with a fingerprint scanner.

The device is also expected to come with a 3.5mm jack along with a microUSB port, rather the new USB Type-C standard.

The handset is said to launch sometime after MWC 2017. Lenovo has already confirmed its presence at the annual event with an official invite for 26 February. Besides, Roland Quandt suggests the smartphone goes on sale sometime around mid-March. We can expect more details in the coming weeks before its official unveiling at Mobile World Congress in Barcelona.