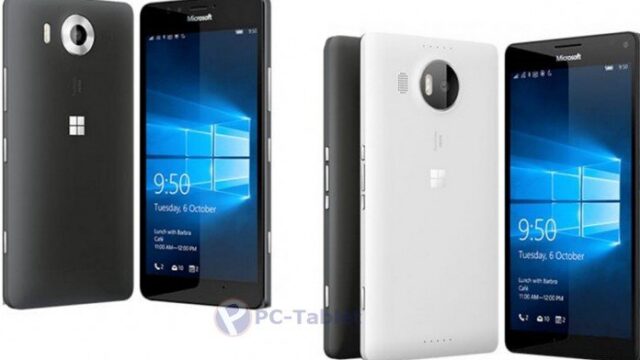 These devices are much-awaited smartphones, and people are waiting to see if it will give any competition to the Android or iOS devices.

Talking of specs, as the name suggests, both devices have similar specs, the only difference lies in the size of the screens. The Lumia 950 is supposed to feature a 5.2-inch touchscreen display having a screen resolution of 2560 x 1440 pixels. Whereas, the Lumia 950 XL will feature a 5.7-inch display with the same resolution as of Lumia 950.

The Microsoft Lumia 950 will be powered by 64-bit Snapdragon 808 processor along with 2.0GHz dual ARM Cortex A57 cores. However, talks are also there in the market that the Lumia 950 XL may support Snapdragon 810 processor. Both the smartphones are expected to pack 3GB of RAM and 32GB of internal storage, which can be expanded via a microSD card.

Rumors also suggest both the smartphone will sports 20MP PureView rear camera along with a 5MP front camera.

Talking of additional specifications, IRIS sensor technology known as the Windows Hello is also to be included in the devices. These sensors will be near infrared.

Talking of battery, the Lumia 950 will have a 3,000 mAh battery and the Microsoft Lumia 950 XL will feature a 3,300 mAh battery. Both these devices will also support USB type C chargers and USB cables. The devices are also rumored to have dual sim support along with Qualcomm enables fast charging and Qi wireless charging.