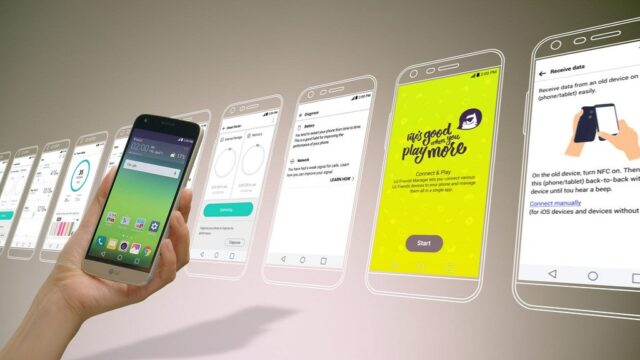 The upcoming LG G6 flagship is all set for an unveiling during MWC 2017 in Barcelona, Spain. The company has already released a bunch of teasers to build some hype around its next flagship phone. We already have an idea about some of LG G6 specs. And now a new report confirms previous rumors that LG’s next flagship will in fact not feature the latest Snapdragon 835 chipset, instead it’ll run the the Snapdragon 821 processor.

The report reveals a slide from LG obtained during CES 2017 last month. The slide further shows some of its specs, including the fact that the LG G6 will pack a 5.7-inch Full Vision display, a rear fingerprint sensor, along with dust and water resistance capabilities. The slide also reveals that the LG G6 will be Quad DAC compatible in some regions. 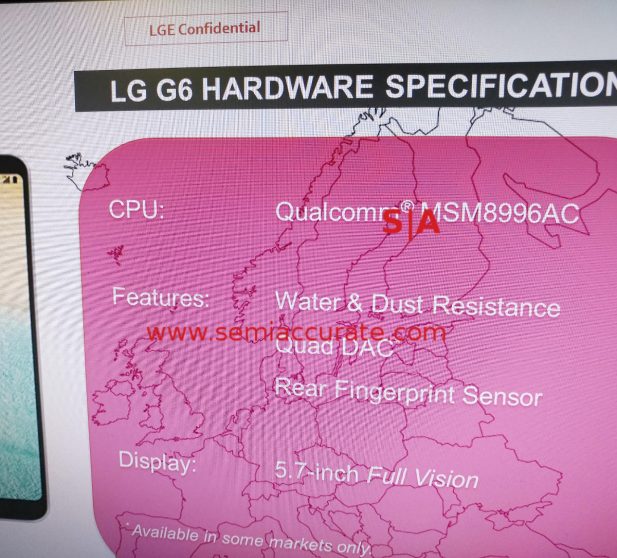 LG G6 will be unveiled later this month on February 26, while the phone is expected to go on sale in March.In fact, it seems Qualcomm is manufacturing most its new chipset for the upcoming Galaxy S8. The LG G6 will be available for purchase around six weeks before the Galaxy S8, which could help LG drive sales of the LG G6 until S8’s release. And the latest slide now confirms the fact that the smartphone will not run the latest Snapdragon 835 processor, as it’ll pack the Snapdragon 821 chipset. Though for now, there’s no information on how much RAM will be on board the LG G6. But given that last year’s G5 features 4GB of RAM, LG’s next flagship is also expected to come with something on the same lines.

Besides, the upcoming flagship could also get the new USB Type-C standard for charging and data transfer, just like its predecessor. LG has reportedly decided to ditch the modular design with the upcoming G6, as the company’s last year’s modular design concept didn’t really take off. Also, some reports indicate that the smartphone would come with an Iris scanner.

In terms of cameras, the LG G6 is expected to retain the same dual-camera setup of it s predecessor. The twin camera sensors will be placed horizontally on the G6’s back.