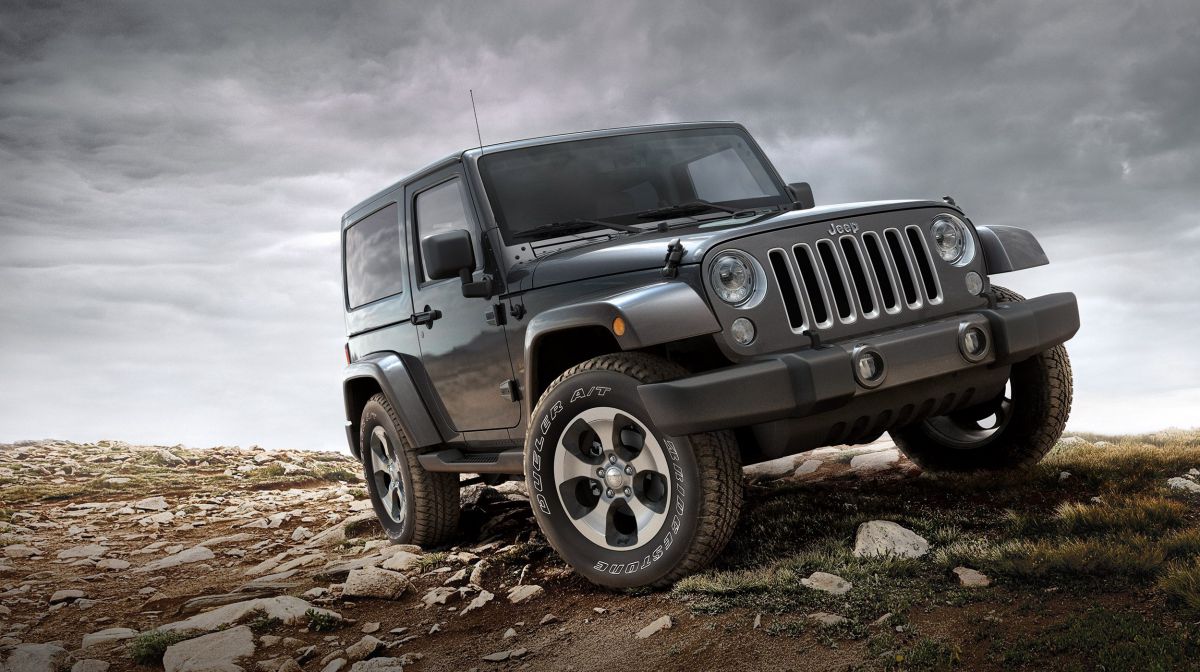 The legendary Jeep brand has finally unveiled the updated version of its most iconic vehicle ‘Wrangler’ at the Los Angeles Auto Show. The Fiat Chrysler Automobiles NV owned Jeep brand is having a great 2017 with its new models, Compass and Renegade, having a great time in the highly competitive SUV car market. And to add some more thrill to their existing product portfolio, they have unveiled the revamped or you can say the refurbished version of their iconic Wrangler model which is depicted as a descendant of the Army jeep that won World War II.

The original Jeep Wrangler was designed to serve as go-to anywhere vehicle with rough and roughed looks. And the new 2018 Jeep Wrangler retains most of its original and unique features that are considered very important to holding the Wrangler’s diehard following off-road features. The new-gen Wrangler is still a rugged and rough SUV but has undergone some major ergonomics as well as engine updates to make it adaptable to the upcoming era of stiffer fuel economy rules.

Mike Manley, who heads the Jeep division of Fiat Chrysler, said in a statement that the all-new Wrangler is instantly recognizable as a Jeep, staying true to the original, yet it is better in every way. “It delivers more rugged capability, more ride comfort, and more fuel efficiency, not to mention leaps ahead in safety, comfort, and technology,” stated Manley

Many new features are added to the vehicle to give it a modern touch and of them is the backup camera that is fitted in the middle of the rear mounted spare tire. Other important features include a redesigned center console, a weatherproof push button starter, lift-assist handles, so doors are easier to remove, a new, more aerodynamic windshield can fold down with a four-bolt frame, mesh storage pocket galore, availability of heated seats and steering and seats with lumbar support.

Most of the parts of new Wrangler are made of aluminum and magnesium that makes it 200 pounds lighter than its predecessor, and as a result, its fuel efficiency increases by 10 percent. Also, lower weight means its gas mileage will be improved and is expected to rise by three miles per gallon. The Wrangler can ford through lakes and streams that are up to 30 inches deep, thus proving its high off-road running capability.

Coming to the engine specifications, the new Wrangler has been fitted with fresh powertrains to increase the fuel efficiency. Its upgraded 3.6-liter V-6 Pentastar engine churns out 285 hp of power and 260 pound-feet of torque. Its 2019 model will have two more engine options added to it, a 3.0-liter diesel and a 2.0-liter, turbocharged four-cylinders with eTorque. The new Jeep Wrangler will come mated with a 6-speed manual transmission as standard and 8-speed automatic transmission as optional. Jeep Wrangler is expected to reach the dealerships by January. As per the latest reports, the company has not revealed its price and the launch date.