Home News HMD Global could launch the Nokia 6.1 Plus in India soon 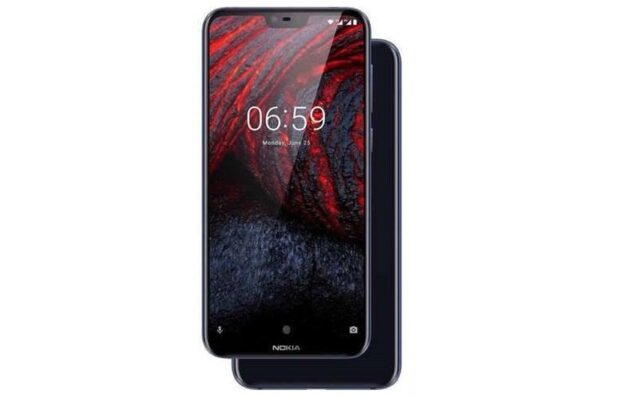 The Nokia 6.1 Plus is essentially the rebranded Nokia X6 that was launched in China. The smartphone was recently launched in Hong Kong at HKD 2288 (INR 20,000 approx.). Now, Nokia Mobile India has posted an official teaser which suggests the company’s plans to hold a launch event in India.

“All the Nokia fans out there tell us your favourite Nokia smartphone experience and stand a chance to witness the next exclusive launch event,” HMD Global wrote in a tweet posted via the official Nokia Mobile India Twitter. That being said, the tweet does not reveal the exact date of the event, neither does it reveal which handset will be announced at the event.

Key sources, however, suggest that the Nokia 6.1 Plus could be announced at the event along with the Nokia 5.1 Plus and Nokia 2.1.

As already mentioned, the Nokia 6.1 Plus is the rebranded version of the Nokia X6 that was launched in China back in May. Key specifications of the handset include a 5.8-inhc Full HD+ notched display having an aspect ratio of 19:9. Under the hood, the device gets powered by an octa-core Qualcomm Snapdragon 636 processor bundled with 4GB of RAM and 64GB of storage. The handset also offers expandable storage upto 40GB via microSD slot.

Elsewhere, the device gets 16MP+5MP dual rear cameras with f/2.0 aperture. For selfies. the handset gets a 16MP front-facing shooter with f/2.0 aperture. There’s also the popular bothie mode as well as support for Face Unlock. Connectivity options include 4G VoLTE, Bluetooth, GPS/A-GPS, USB-Type C port, as well as a 3.5mm jack. The device runs Android 8.1 Oreo and gets fuelled by a 3060mAh battery.