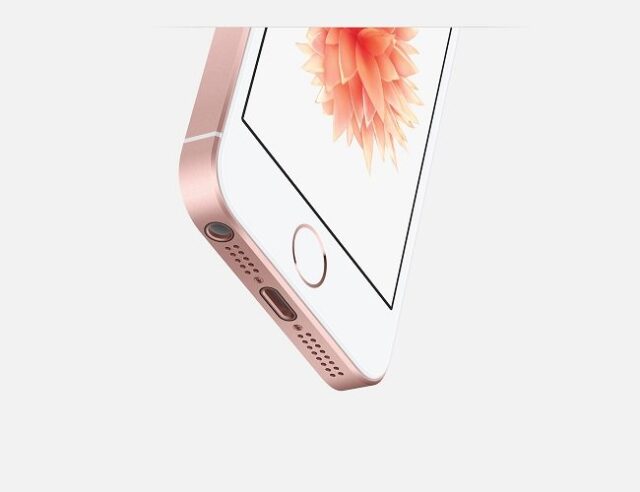 At least for the year 2017, Apple has no plans to introduce a follow-up model for the smaller 4-inch iPhone SE. KGI Securities analyst Ming-Chi Kuo, who has an excellent record about upcoming Apple products, has confirmed that the Cupertino giant will not be offering any new iPhone SE models in favor of  its flagship 4.7-inch and 5.5-inches iPhone models.

The move is pretty surprising as last year the demand for the iPhone SE models exceeded the available supply, which in turn also made Apple’s quarterly revenue jump to $46.9 billion and quarterly net income to $9 billion.

The iPhone SE’s compact form factor is mostly admired by those who were used to the compact design of iPhone 5s. With more or less the same innards as the iPhone 6s, the iPhone SE is a pretty good deal for $399, and with the current holiday season, the deal is even sweeter. However, Apple initially targeted it for emerging countries such as India and Brazil, but due to the price constraints and better Android options it was almost impossible for the company to penetrate these markets any further.

iPhone SE, despite its brilliant form-factor and lower price tag faced challenges due to cheaper, quality Android smartphones offered by companies like Motorola, HTC and more.

However, there are chances that Apple might not totally discontinue the model and save it later for the year 2018, or during the iPhone anniversary launch event later next year. A couple of unconfirmed resources suggest that the new Apple iPhone SE will have all the advanced features of the flagship duo, including 3D Touch, and a slightly larger battery in the absence of a headphone jack.

It would be surprising to see if the iPhone-maker ultimately turns away it’s attention from the fan base who prefer a smaller form factor, or offer a refreshed version of the device, despite the fact it did not perform well in the countries it was primarily aimed for.