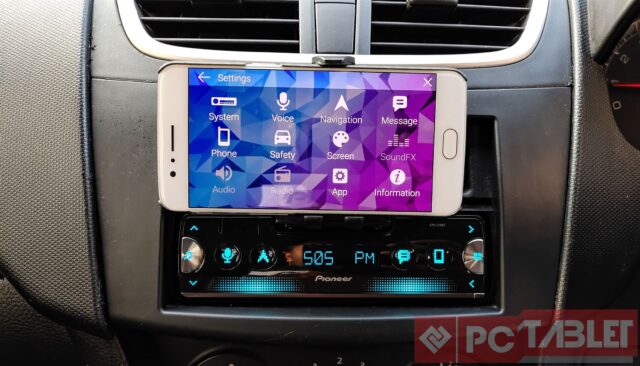 The Japanese entertainment products maker, Pioneer is best known in India for their top of the line car music systems. Furthering the trend, Pioneer announced the SPH-C19BT head unit, which works on the now popular smartphone dependent model and aims to reach masses. Announced at a price of INR 7,150 the SPH-C19BT provides a lot of features.

We got our hands on the unit for a few days and here’s our review.

The Pioneer SPH-C19BT is sleek and can be used in a 1Din setting. The face of the SPH-C19BT carries a 15 segment display capable of displaying 8 digits. There are buttons on both the sides used mainly to control source, volume, and track. Other than this there are 4 soft touch buttons which give you haptic feedback and are used for giving voice commands, calling and messaging. 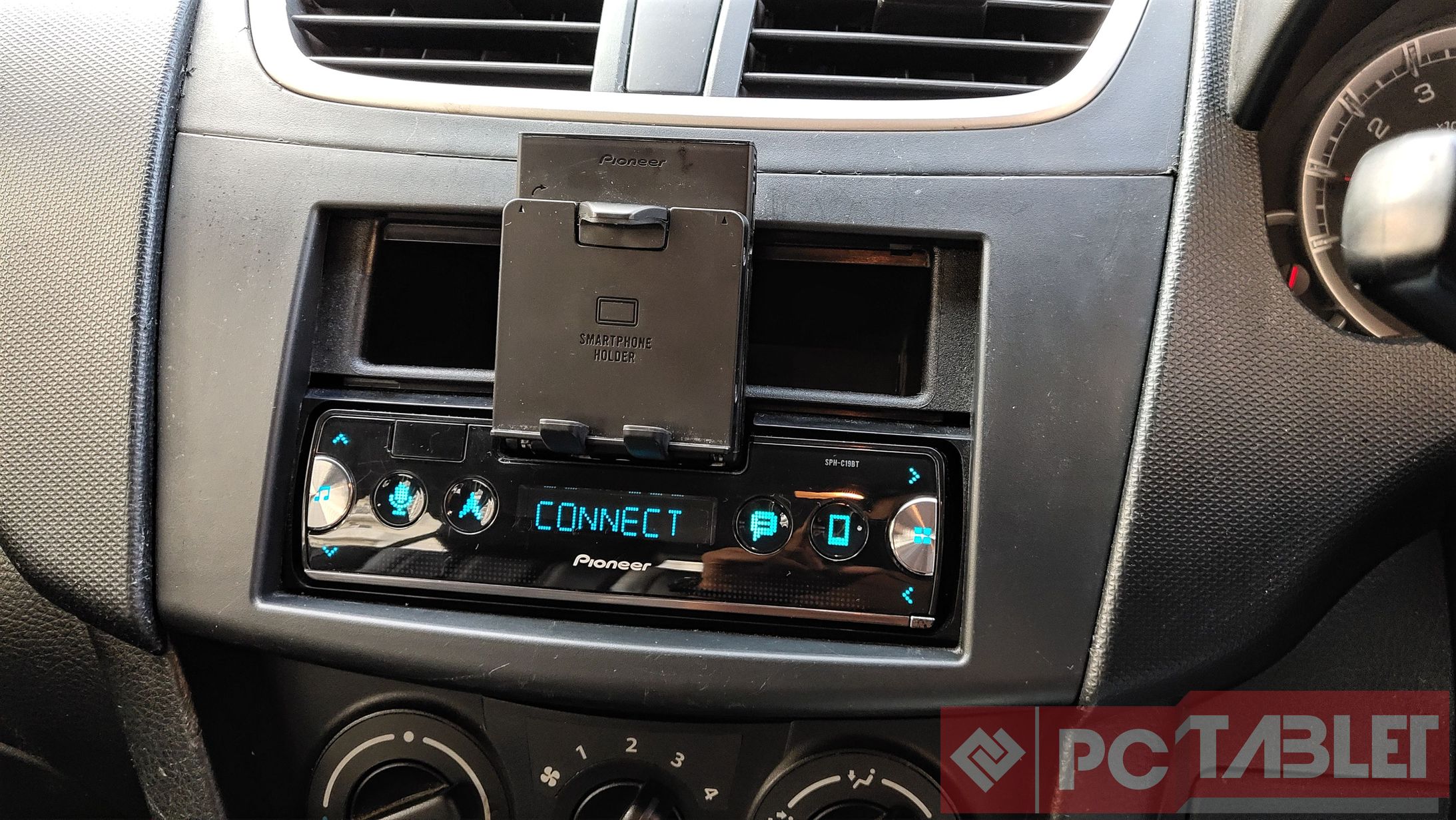 On top of the head unit, you will find a foldable cradle that pulls out and holds the smartphone. Once the phone is docked and connected to the Smart Sync app, additional features are unlocked. There is an optional remote in the package as well, which has the same set of buttons as on the head unit.

Pioneer SPH-C19BT can be operated independently but with limited functionality like USB and Radio access. For a more broader range of features, you need to use the app on your smartphone and connect to the head unit via Bluetooth. The Smart Sync app is available on iOS and Android devices. Once fired up, the app opens a gateway to a bunch of features like access to the rear parking sensor and shortcuts for commonly used apps like Google Maps, Gaana, Spotify to name a few. 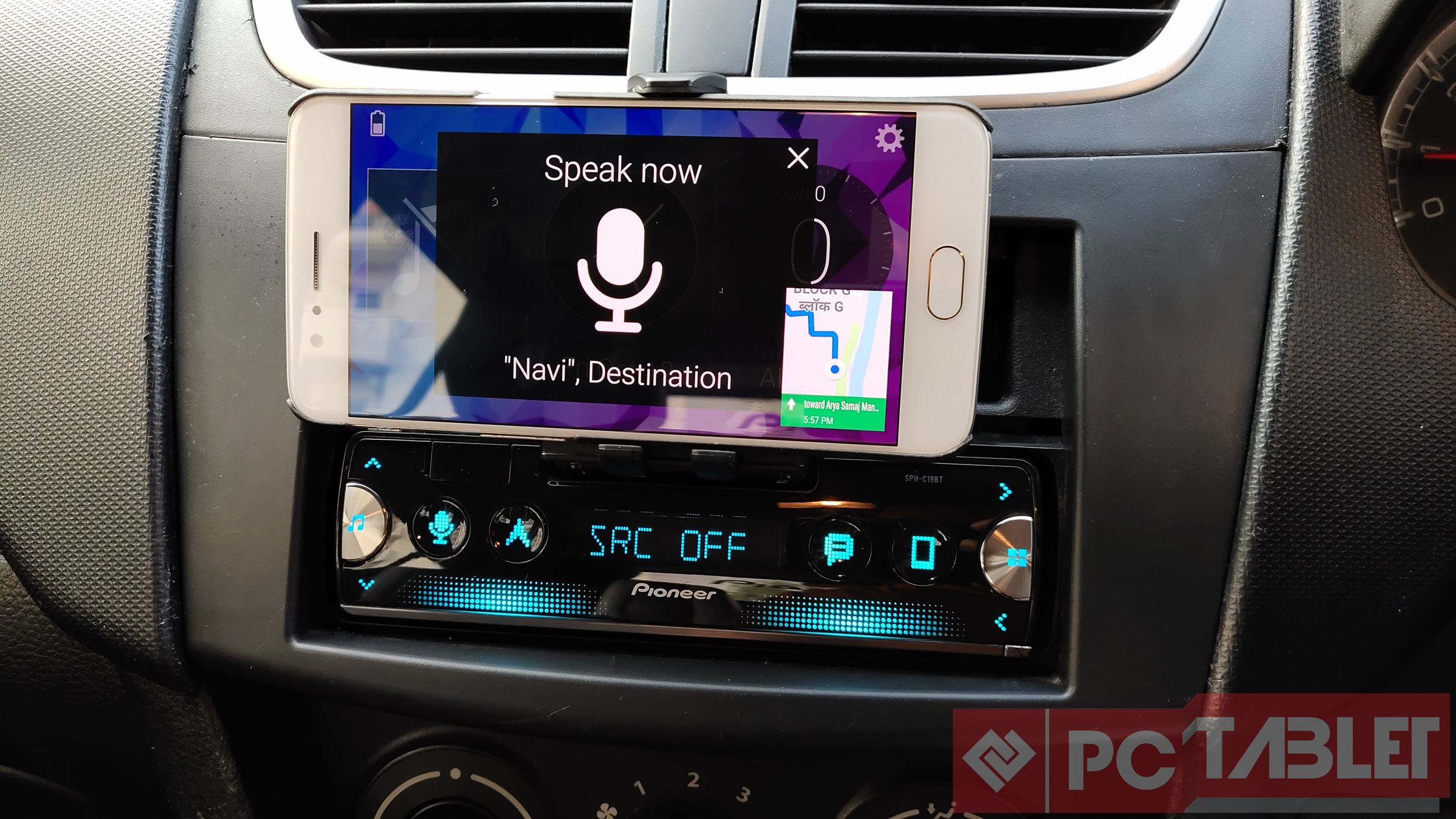 There is a voice command feature bundled in which reads you messages and caller names. With this feature, Pioneer wants people to concentrate more on the road rather than fiddling around with the music system. During our testing, we found the app a little buggy and voice commands didn’t respond at times. Apart from this, the UI is yet another area where Pioneer needs to work a lot. From the first impressions, you will think that this whole system looks very similar to Android Auto, and it is. You can consider this an early version of Android Auto. 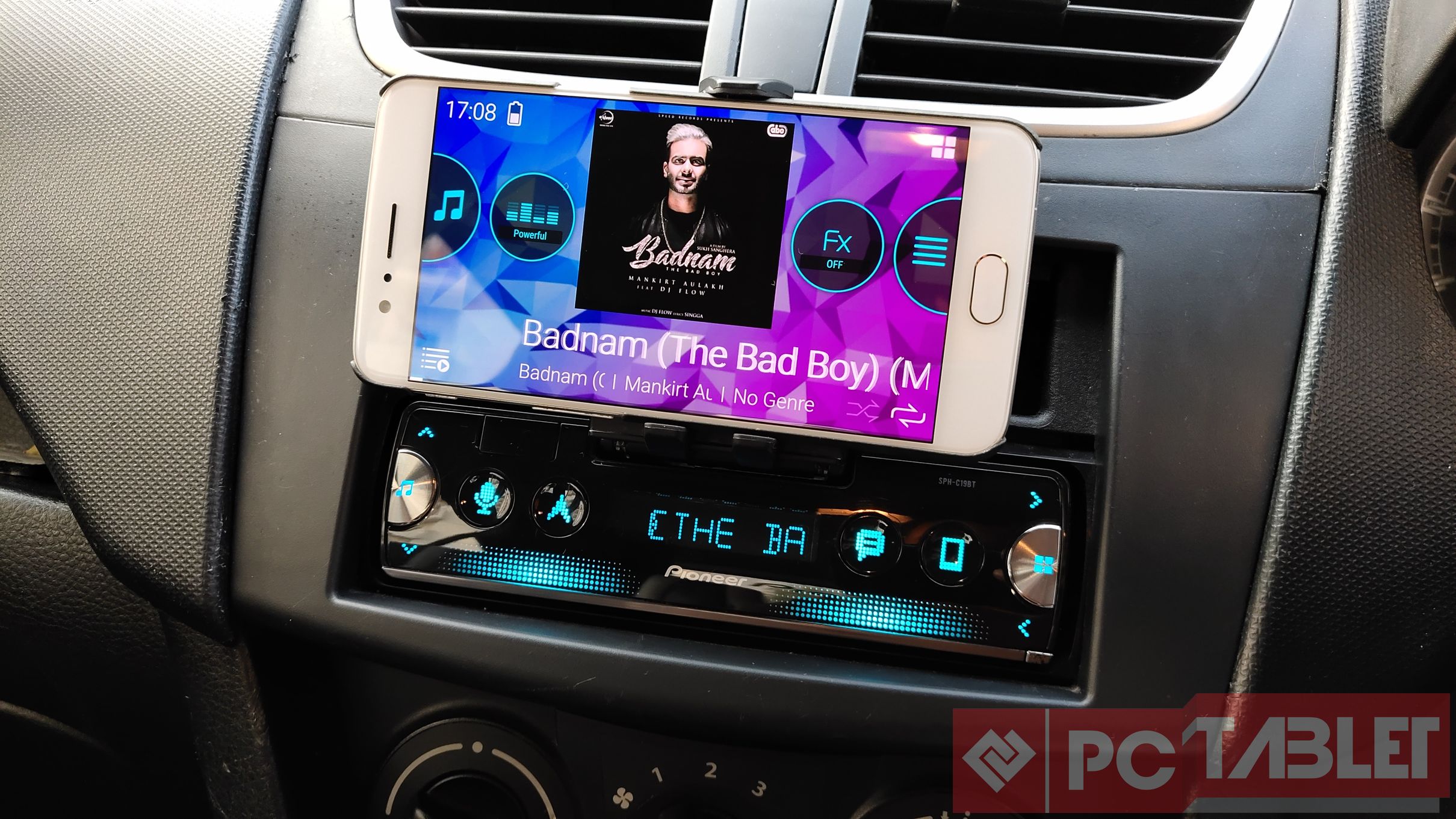 There are things that SPH-C19BT and the app does right, like the amount of relevant information displayed, Android Auto & Apple Carplay support, crossover and FLAC support.

Pioneer SPH-C19BT certainly provides a different approach and comes at a very competitive price point. The Smart sync app works for the most part but still needs a lot of work, you can essentially use the head unit independently but with limited functionality. Overall we liked the products approach and think that this will a hit in the Tier II and III markets.

Logitech MX Mechanical Keyboard Review – There is nothing better than this!