Sony Xperia Z3 Compact, as the name suggests, it’s actually the trimmed down version of Sony’s last year flagship Xperia Z3. The phone is available in the market for quite a time now but what we have here to review is revamped Xperia Z3 compact with Android Lollipop 5.0.2 out-of-the-box.

So before discussing its major features in detail, let’s have a fast look at specs and design of the phone. 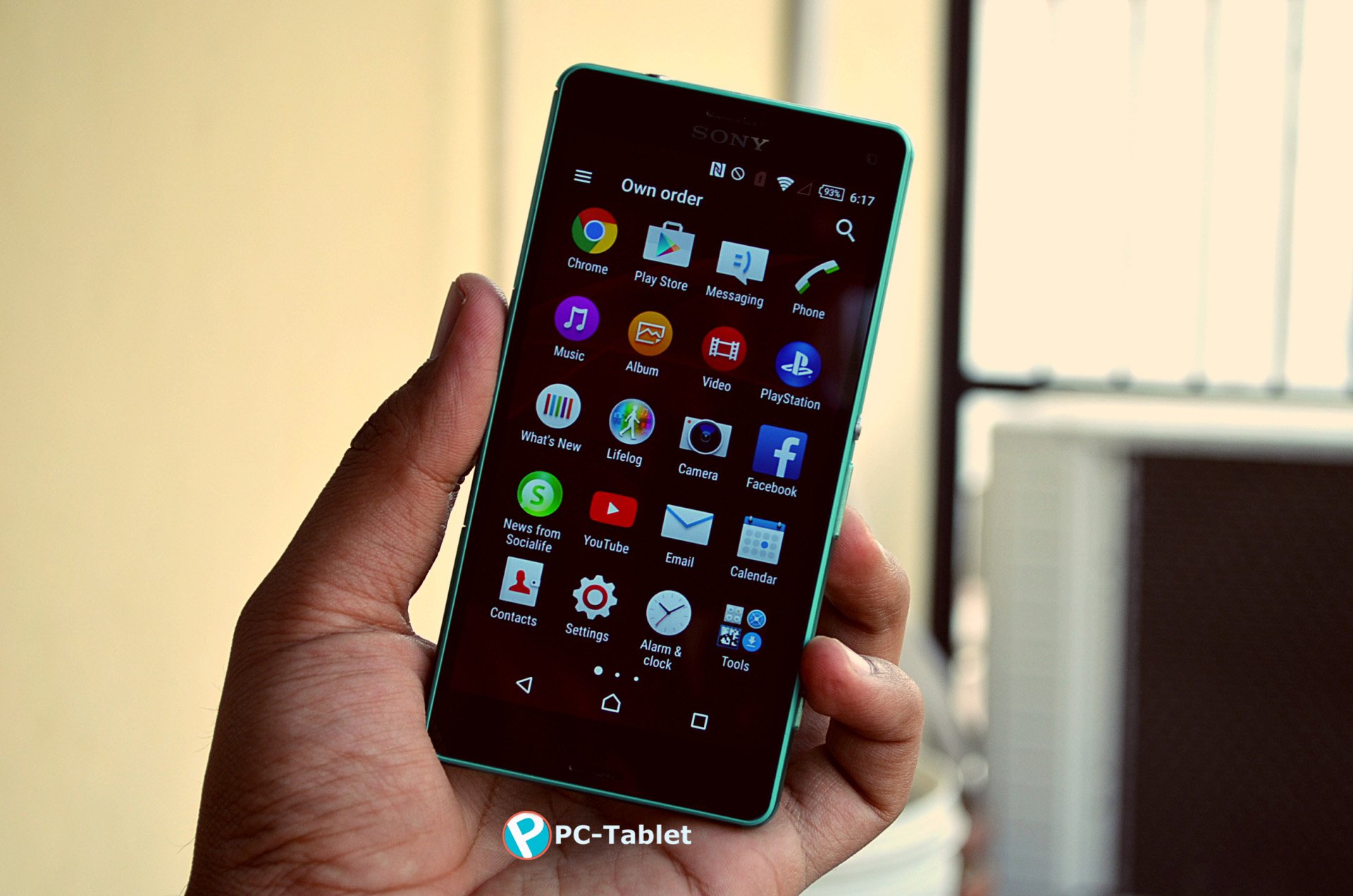 Sony Xperia Z3 Compact is IP 65 & 68 standard water and spill proof just like its big brother Z3, and is 8.6mm thick and weighs 129 grams only. Its design is perfect for one-handed use. Xperia Z3 compact is available in four colors – white, black, green and orange.

The tempered glass front of Sony Xperia Z3 compact features a beautiful 4.6-inch 720p HD LED triluminous display at the center and two stereo speakers at the top and bottom of the display, the front 2.2 MP camera is located on top right corner of the phone. The rounded corner design provides improved protection against accidental drops. 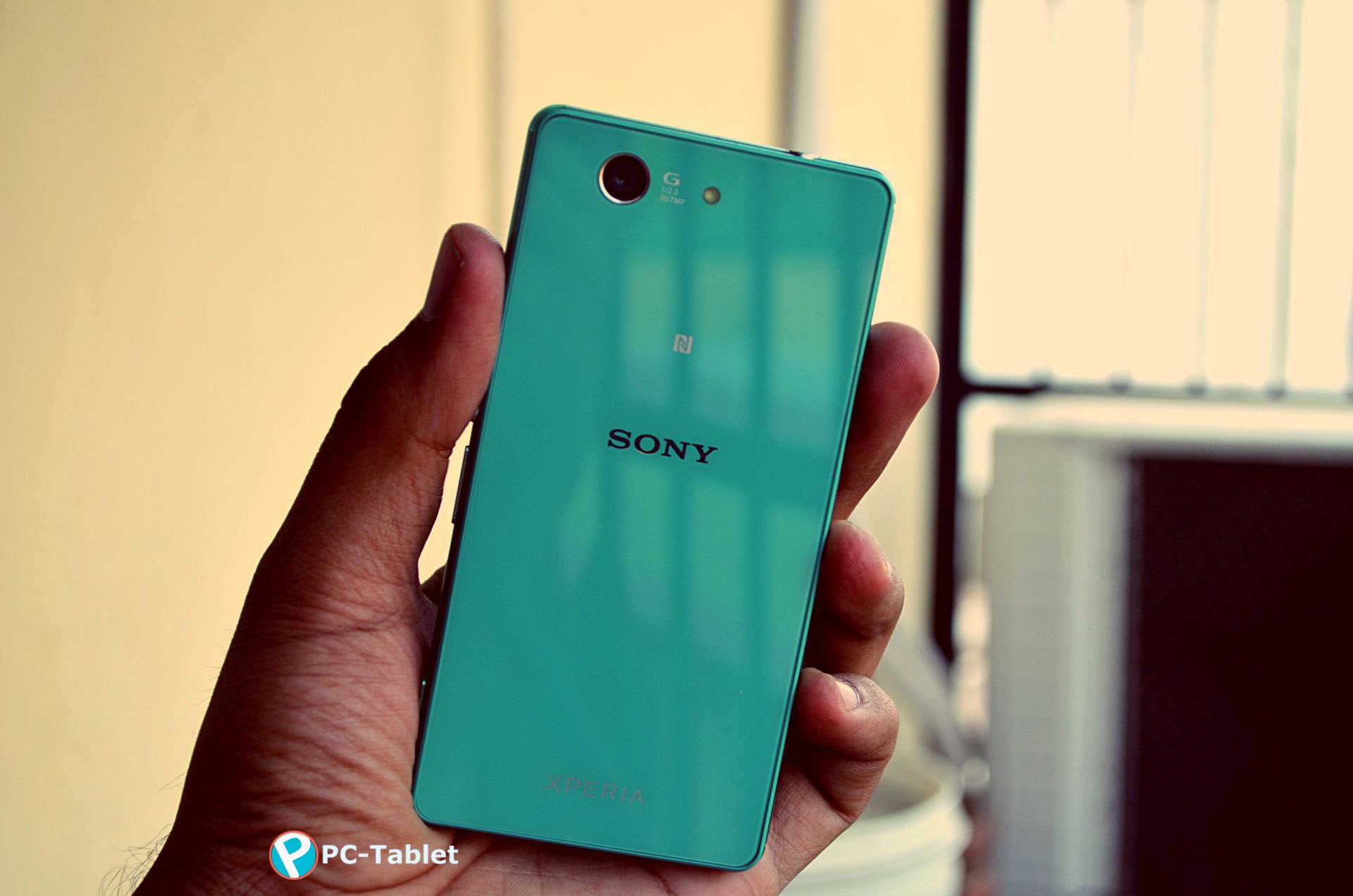 The back is also a fully laminated tempered glass which gives it a superior feel and look, the 20.7 MP Sony G-Lens camera with single LED flash is located at top left corner of the back. The translucent finish is excellent and actually gives more of a premium feel than the full Z3 flagship in comparison. 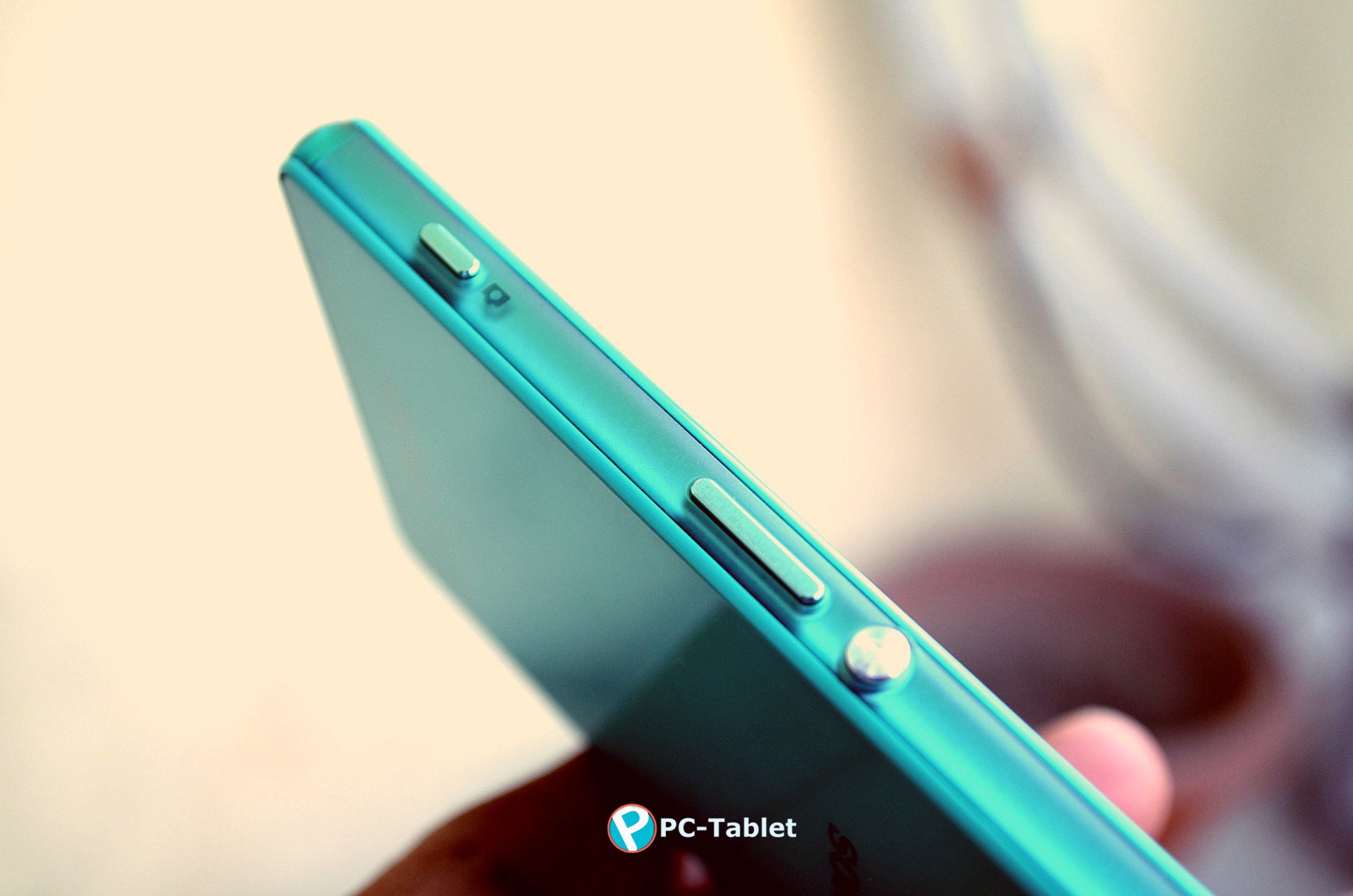 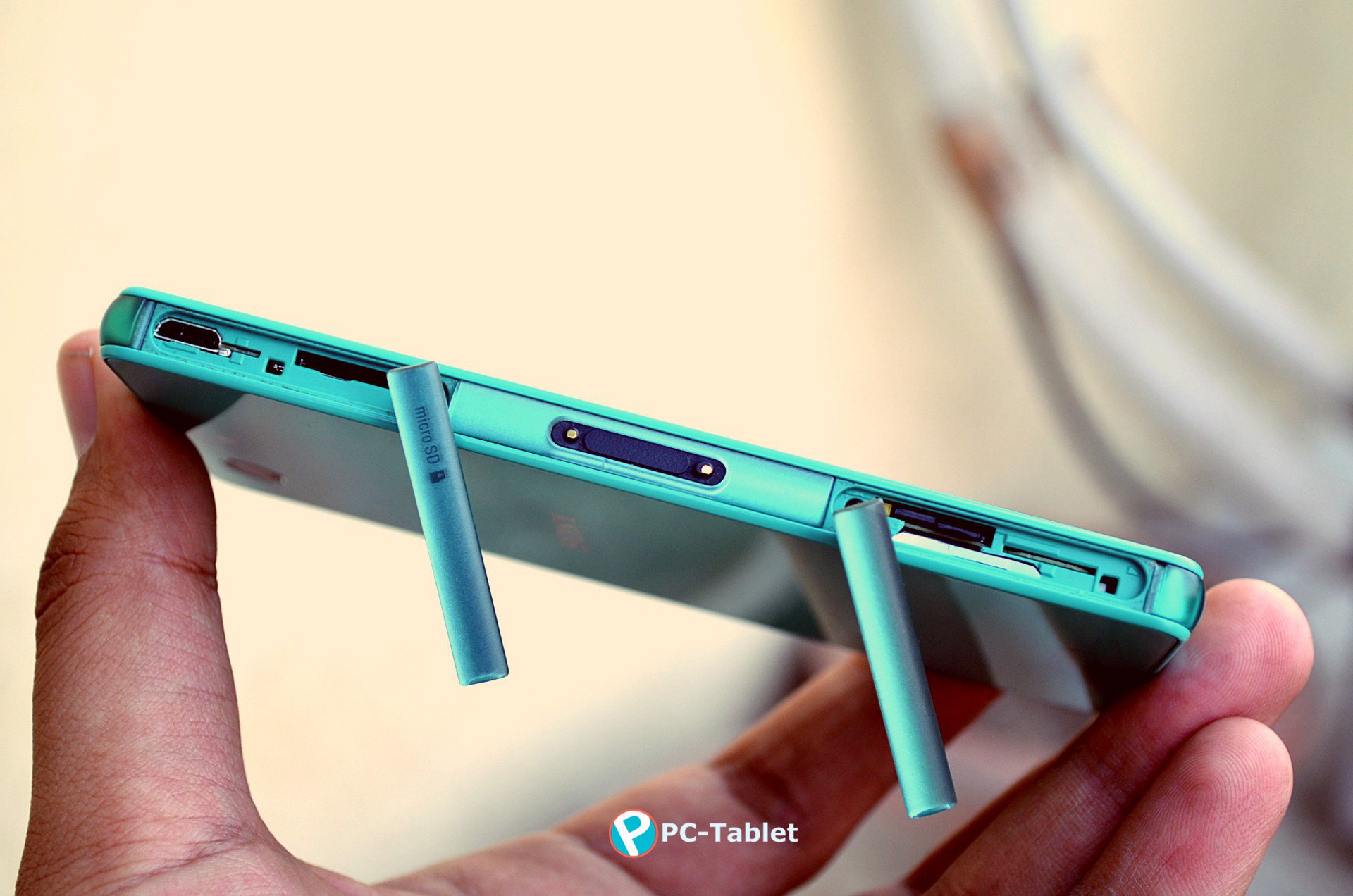 The aluminum power key, along with volume rocker, and dedicated camera key are fitted on right bezel of phone whereas left side of the phone chassis has Micro USB 2.0 port for connecting the charger cable, MicroSD card slot, dock connector, and Nano SIM tray slot. The head of the phone is having standard 3.5mm audio jack and secondary camera mic and the primary mic is fitted at bottom of the phone.

Sony has always featured the best cameras in their phones and Z3 compact’s 20.7 MP 25mm wide-angle Sony G Lens rear shooter with smart auto focus takes your camera experience to the next level. The 1/2.3” ExmorRS mobile sensor and BIONZ mobile processing engine work together to give you photos and videos in sharp and vivid detail. 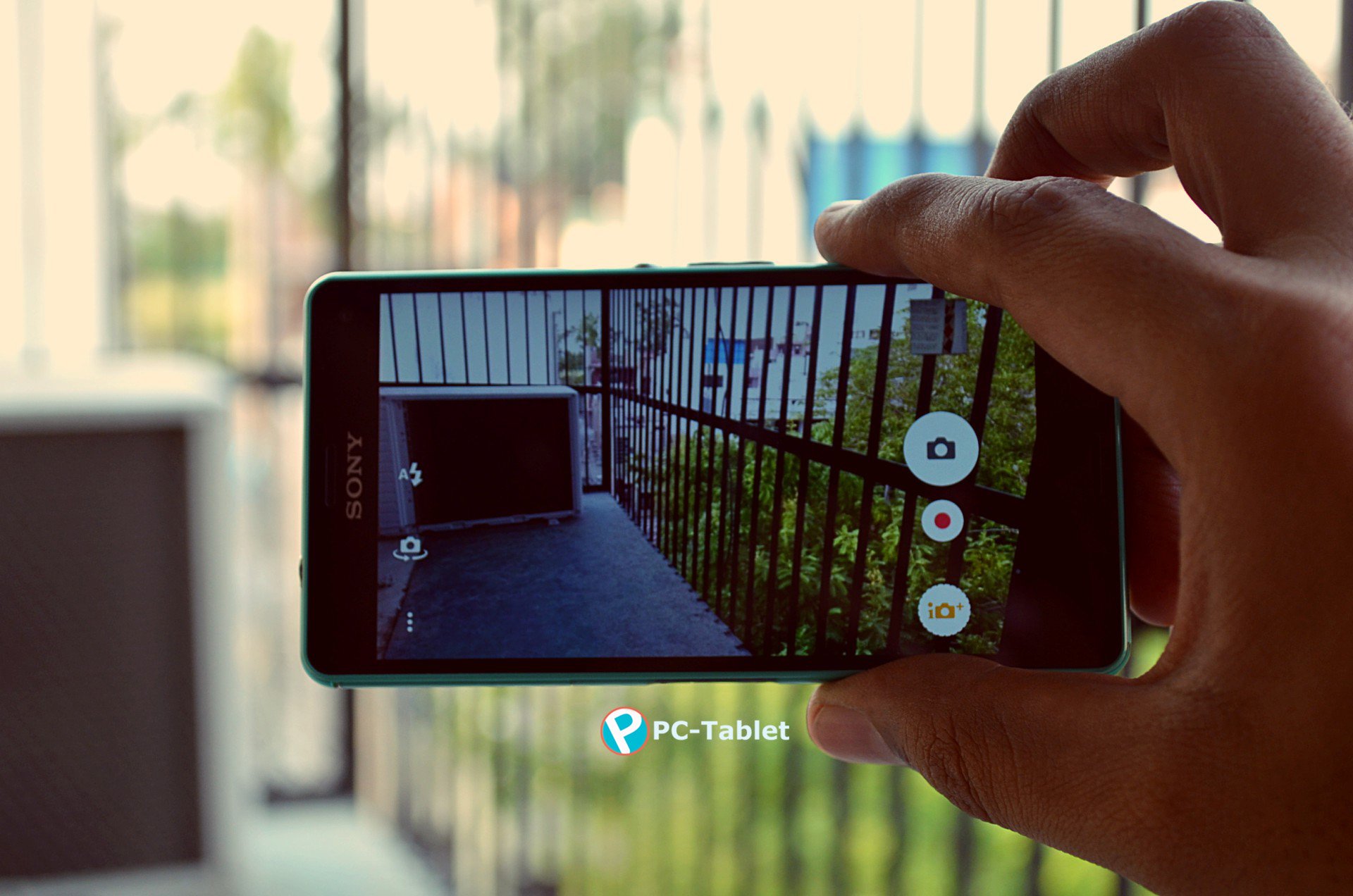 The camera is also capable of capturing videos in 4K quality, but the camera app notifies user regarding the overheating of the phone and shutting down of app automatically if the issue will happen, before starting the 4K video recording mode.

Sony has lauded many Xperia camera apps within the camera which allows you to instantly edit or share the pictures you have clicked with your friends on social media. These apps are accessible directly from camera’s viewfinder area.

Camera of this phone is its best feature without any doubt.

The front-facing stereo speakers with S-Force Front Surround play everything loud and crystal clear. The interface of Walkman music app is very neat and easy-to-use and keeps your music organized.

Sony’s rich audio expertise comes through in every beat with incredible High-Resolution Audio output, you can hear every track sound and clear.

Sony Z3 compact comes with variety of preinstalled apps as well, to give a feel of not having the stock Android 5.0.2 Lollipop on your phone. What’s New is Sony’s own play store to download apps, games, music and more. Other apps are basically content feeding services from Sony Entertainment. 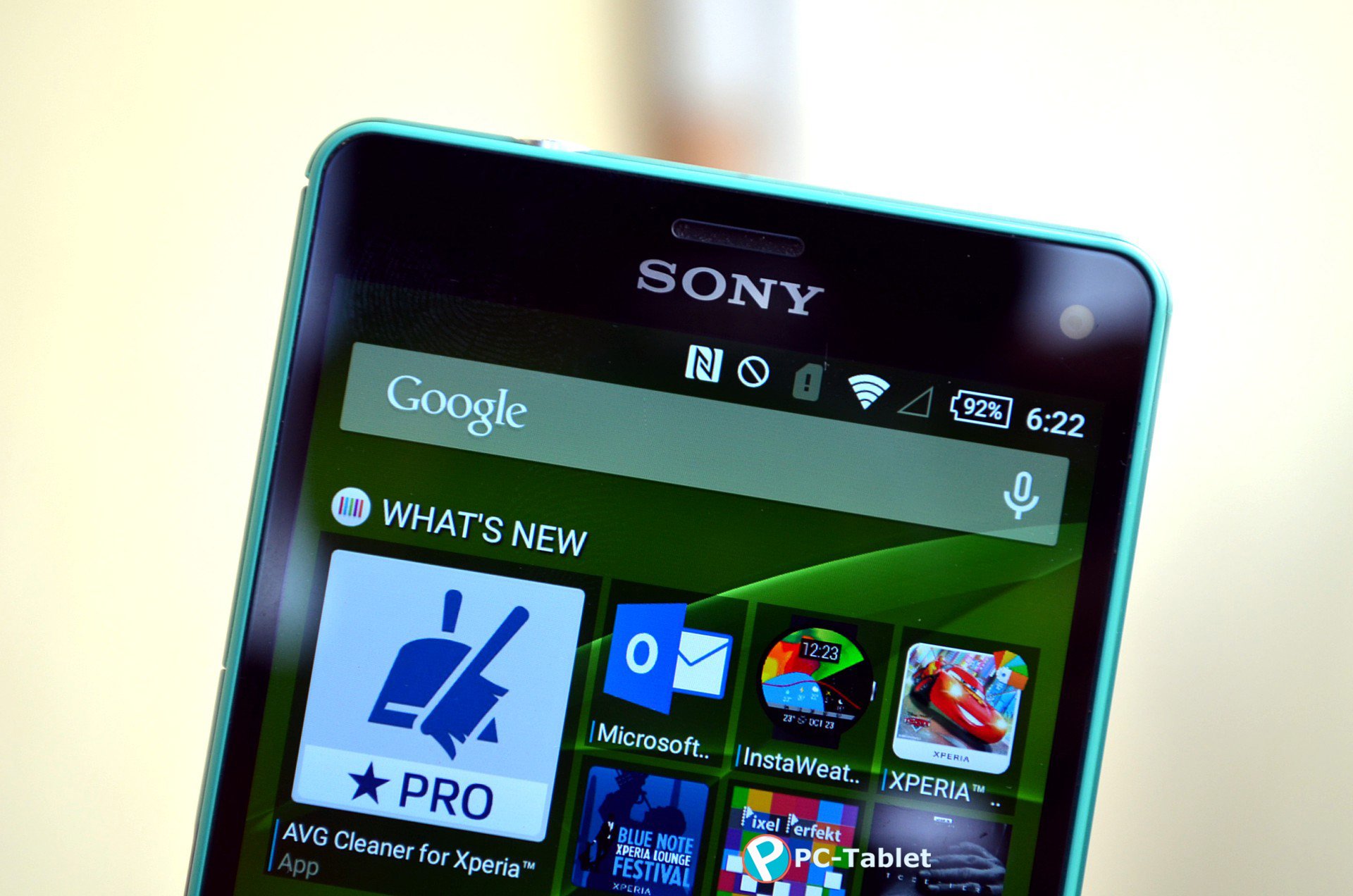 Sony gives number of customization options as well, you can change phone themes, it comes with 7 Xperia themes but you can download more from the marketplace as well. Rest is pretty much basic Android only.

If you are Sony PlayStation fan, this phone is just for you.. It comes with PS4 Remote Play, which let Xperia Z3 Compact to be used as a remote screen to connect and control your games on PS4.

Additionally, the PlayStation App lets you use Xperia Z3 Compact as a second screen to remotely watch the game play of your friends, communicate with PSN friends, or purchase PS4 games and download to PS4.

One more thing which I liked about the Xperia Z3 Compact is its capability of reminding things to you. For eg. when you plug the cable or MicroSD card out, it reminds you to close the Lid of the ports. Or when you connect your phone to PC, it reminds you to install the PC Connectivity software if its not installed already on your computer.

The 2600 mAh battery gives enough juices to keep the phone functioning whole day on optimal usage. Company even claims Xperia Z3 Compact push the capabilities of power to give you a long-lasting battery life of up to two days, but on optimal usage we got max 20 hours of usage in a single full charge.

The phone comes with Sony’s Battery STAMINA Mode, which turns off background functions when you’re not using them to help extend your battery life when you’re low on charge and there is no hope of charging it for next couple of hours.

The phone is available for Rs. 33,000 which clearly makes it an overpriced phone. Competitors are giving much more at nearly half of the price. But those who want to own a trusted brand with premium looks, no-compromise camera and a phone that fits perfectly in one hand, Xperia Z3 compact is a great choice.

Nitin started PC-Tablet because of his keen interest in space research, technology, and gadgets. He is an avid reader, technology enthusiast, and like to explore new places. His passion for knowledge keeps him running all the time.
Website: https://pc-tablet.com
Posts created: 3633