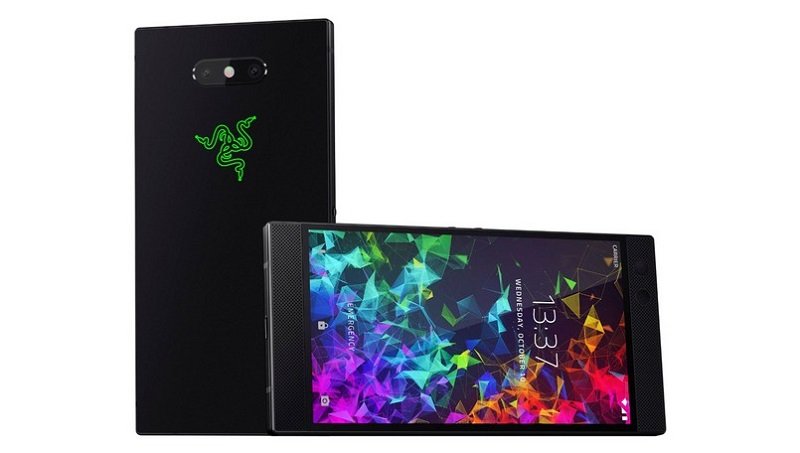 We’ve come across several leaks about the Razer Phone 2. The handset has been already spotted on Geekbench and Antutu benchmarking databases. Now, leakster extraordinaire Evan Blass aka @evleaks has posted a seemingly authentic render of the upcoming game-focused smartphone, showing off the handset’s front and the back.

Going by the latest render, the Razer Phone 2 will feature a similar design when compared to its predecessor. That said, the company has made a few subtle changes. For instance, it appears that the primary camera unit has been repositioned in the centre of the device rather than on the top left corner found on its predecessor. Though all in all, the Razer Phone 2 will be similar to the original Razer Phone in terms of design along with similar dimensions. It will have the same front-facing speaker grills on the top and bottom.

While as per earlier leaks, the Razer Phone 2 will et powered by the latest Snapdragon 845 processor bundled with a whopping 8GB of RAM and a hefty 512GB of built-in storage. The leak falls in line with earlier rumours that also tipped at SD 845 and 8GB of RAM.

Apart from the chipset and RAM, rest of the specifications leaked by the Antutu listing reveals Adreno 630 GPU, Android 8.1 Oreo, and a QHD panel with a resolution of 2560 x 1440 pixels. Sources further claim that the Razer Phone 2 will be equipped with the Sharp IGZO display and support for Qualcomm Q-Synce display technology. The display will likely boast a screen refresh rate of 120Hz.

As far as release goes, Razer has already sent out invites for a launch event on October 10 in Hollywood. The smartphone will rival the likes of Honor Play, Black Shark, Asus ROG Phone when it officially hits the market.

What is mobile igaming? And how to do that?