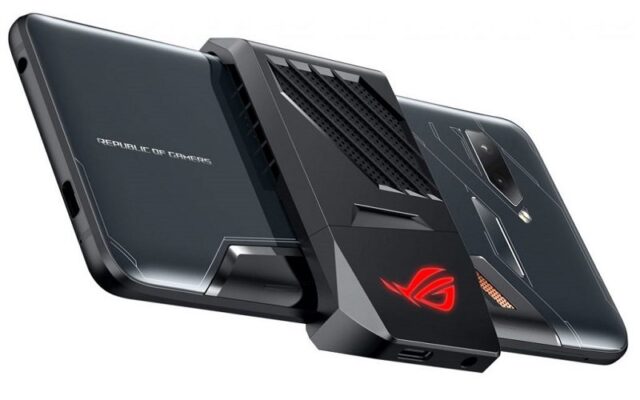 The ASUS ROG Phone was unveiled earlier this month as a gaming-focussed smartphone. The handset will rival the likes of Razer Phone and Xiaomi Black Shark gaming phone when it finally goes on sale. Today, benchmark scores of the ASUS ROG phone were spotted on Geekbench. According to the listing, the device managed to pull-off average single-core score of 2528 and an average multi-core score of 9351. Now, this happens to be higher than any consumer flagship launched this year, though only marginally. For instance, the Galaxy S9 Plus pulled off single and multi core scors of 2444 and 8417 respectively, while the OnePlus 6 scored single and multi core scores of 2535 and 8632 respectively.

To recall, ASUS ROG Phone was unveiled during Computex 2018. Being a smartphone tailor-made for gaming, the device’s specifications are bound to leave a resounding impact on gaming fanatics. To begin with, the device sports an AMOLED screen having a refresh rate of 90Hz and a 1ms response time. The device sports a 6-inch touchscreen display having a resolution of 1080 by 2160 pixels.

Under the hood, the ASUS ROG phone gets powered by the latest Snapdragon 845 octa-core processor bundled with Adreno 630 GPU and 8GB of RAM and 512GB of on-board storage. Juicing up the handset’s innards will be a 4000mAh battery with support for ASUS Hypercharge, the company’s proprietary fast charging technology.

In the photography department, the Asus ROG Phone features a 12MP primary camera on the rear and a 8MP front-facing shooter for selfies.

Connectivity options on the ASUS ROG Phone include three USB-C ports as well as a 3.5mm headphone jack. ASUS explained that there’ll be a range of peripherals and extensions that are compatible with these ports. For instance, these ports can be used for headphones, high-speed charging, LAN, and HDMI output. Meanwhile, the company also announced a slew of accessories for the ASUS ROG phone. These include the AeroActive Cooler, Mobile Desktop Dock, as well as a TwinView Dock.