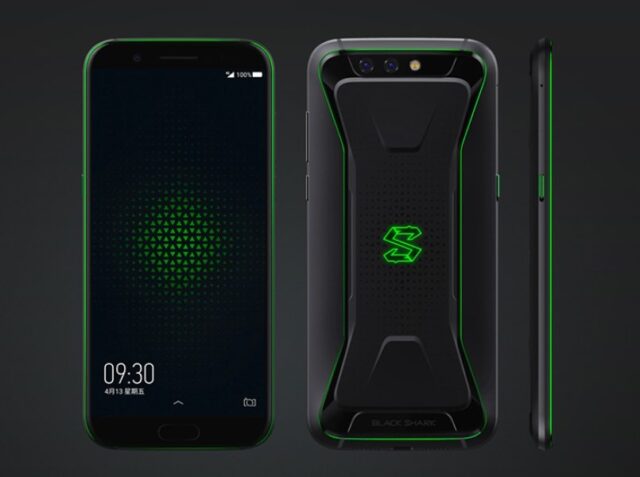 The much talked about Black Shark gaming smartphone from Xiaomi is finally a reality, having earlier been launched in China, with availability to be restricted to Chinese shores for now, Android Headlines reported.

The Black Shark is also unlike any in the market given its niche positioning as well as unique design. It being targeted squarely as a gaming device, there is a separate Gamepad available as well for a more immersive gaming experience. It even comes with its own power source rated at 150mAh which the company said will last 30 hours on a full charge.

Plus there are other cool features to appeal to games. That includes a dedicated ‘Shark’ key for invoking game setting like initiating silent mode or DBD when playing games. A Pixelwroks image processing chip too has been integrated to ensure there is no performance lag even during intensive gaming operations.

To be available in two variants, the basic Black Shark comes with a 6 GB RAM and 64 GB of storage while the top of the line model features an 8 GB RAM along with 128 gigs of storage. Price for both stands at RMB 2,999 and RMB 3,499 respectively. The Gamepad too needs to be purchased separately and will cost another RMB 179.

Xiaomi also ensured the Black Shark maintains its cool even during extensive game playing. This has been achieved by the fitment of a liquid based cooling mechanism that Xiaomi said will reduce core CPU temperature by almost 8 degrees.

The rest of the specs include a dual lens rear cam. It comprises of a 12 MP and 20 MP sensor each having aperture of f/1.75. You also get a 20 MP front selfie camera as well with f/2.2 aperture.

Looks are conventional at best with front mounted home button that also doubles as the fingerprint sensor as well. The rear comes with a weird design with the stylised ‘S’ logo occupying pride of place along the center.

And if all of the above sounds enticing enough, you are in for a bit of a disappointment. For Xiaomi is yet to announce when it will be opened up for the rest of the world.