Huawei’s sub brand Honor has been aggressively pushing in the budget segment lately which is mainly dominated by Xiaomi. After going after Xiaomi in the sub 10k and 15k market, Honor is eyeing the mid-range market with the Honor Play. Now Honor Play is companies Gaming smartphone with support for GPU Turbo. Honor Play comes at a time in the Indian market when people are really hooking onto mobile games like Pubg.

The phones base variant is priced at INR 19,999 and for that amount you get a Flagship HiSilicon processor, 6.3-inch FHD+ display and dual cameras. The hardware packed in this phone is unheard of at this price segment and this is where Honor has an edge over the competition.

We have been using the Honor Play 4GB RAM variant for close 2 weeks now and here’s our review.

The box has a fairly simple design with the phone being visible as soon as you lift the top part off, underneath lies the documentation and the supplied accessories. 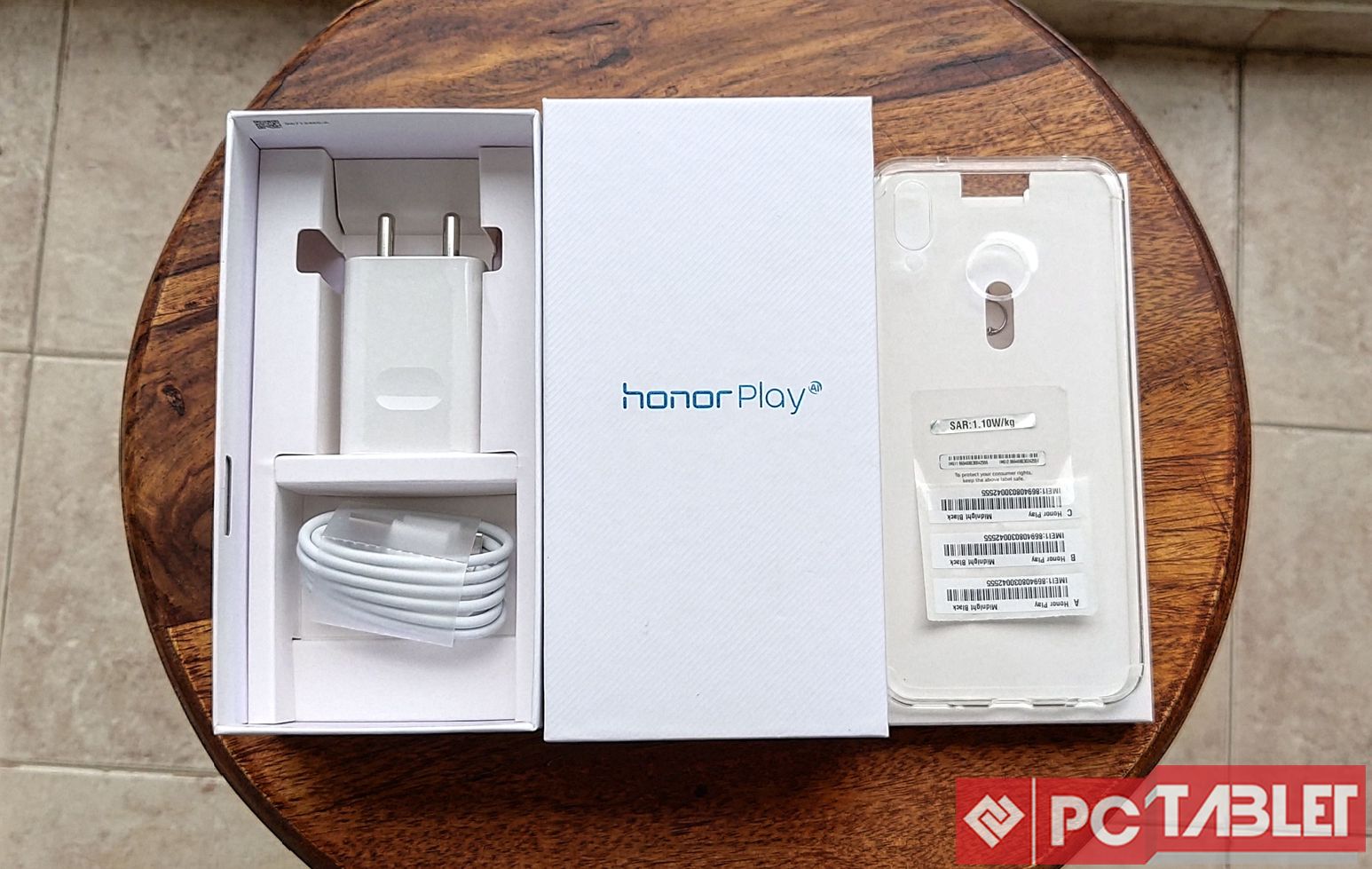 The phone features a metal unibody construction something we have seen in the past by Honor with the Honor View 10. The design does gives us an iPhone vibe and it’s not a bad thing. The material choice makes the design very functional but not that premium.

The Honor Play is available in two color choices ‘Black’ and ‘Blue’. We got the Black variant for review and we like the kind of matte black paint job on this one. The paint job goes well with the Gaming phone vibe. The phone feels slippery at times and we would recommend using a case with this one. 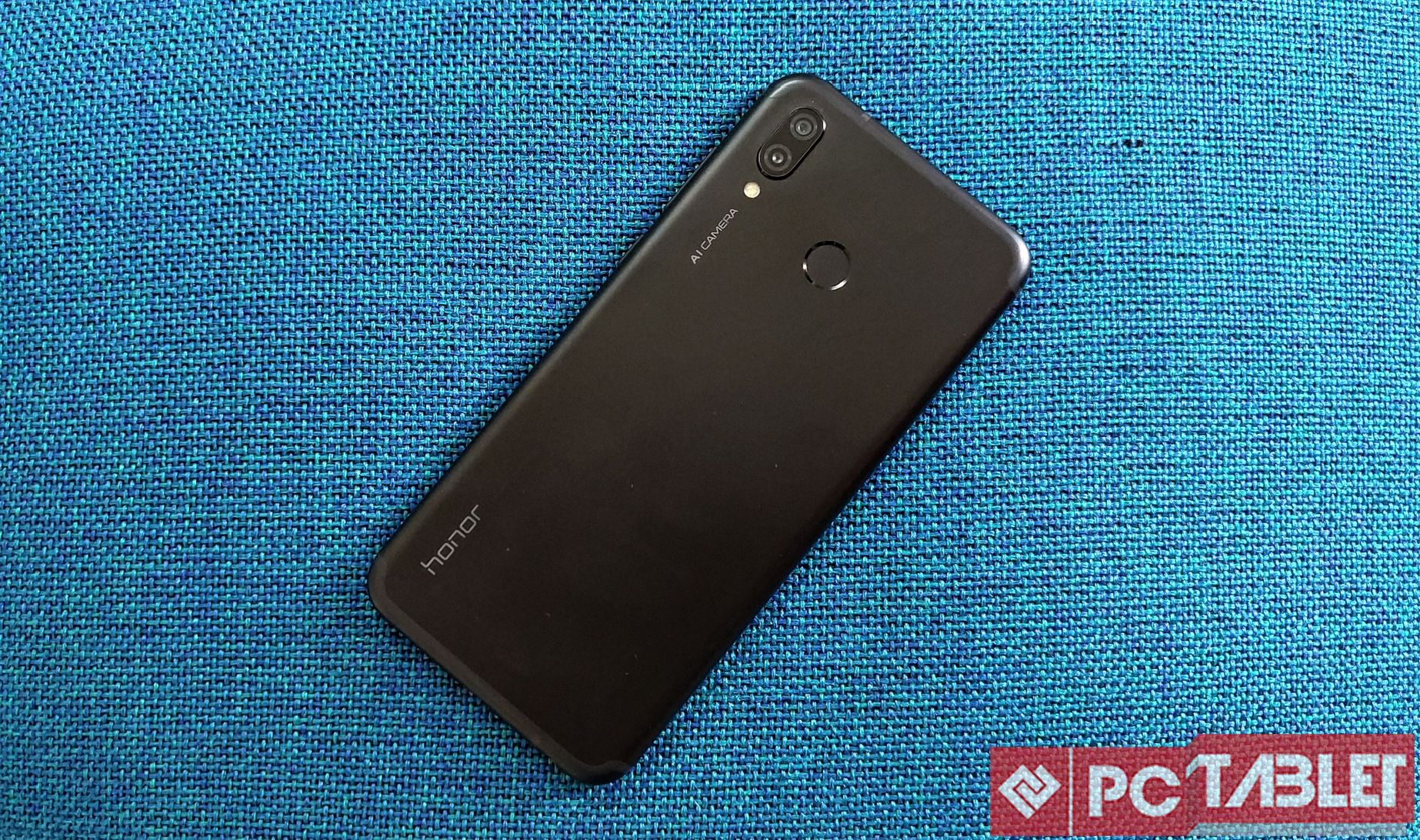 The front of the smartphone is dominated by the 6.3-inch FHD+ LCD display with the taller and narrower 19:9 aspect ratio. The display features a notch and a slight chin on the bottom with the Honor branding. Up-top you would find an earpiece, next to it are the sensors and the front facing camera tucked neatly in the notch.

The volume buttons and the power key are located on the right of the phone while the hybrid dual-SIM tray is on the left and can accommodate two nano SIM or a SIM and a microSD card of up to 256GB. The main speaker, 3.5mm audio jack and the Type C port are placed on the bottom. The back of the phone houses the dual rear cameras along with the LED flash and underneath lies the fingerprint sensor.

Honor Play follows the latest trend of smartphone sporting a notch and packs a 6.3-inch IPS LCD display with an aspect ratio of 19.5:9. The phone has a pixel density of 409 pixels-per-inch (ppi) with a 1080×2340 pixels FHD+ display. To save battery life, Honor has added a toggle to switch the resolution from FHD+ to HD+ which can be found in the settings. 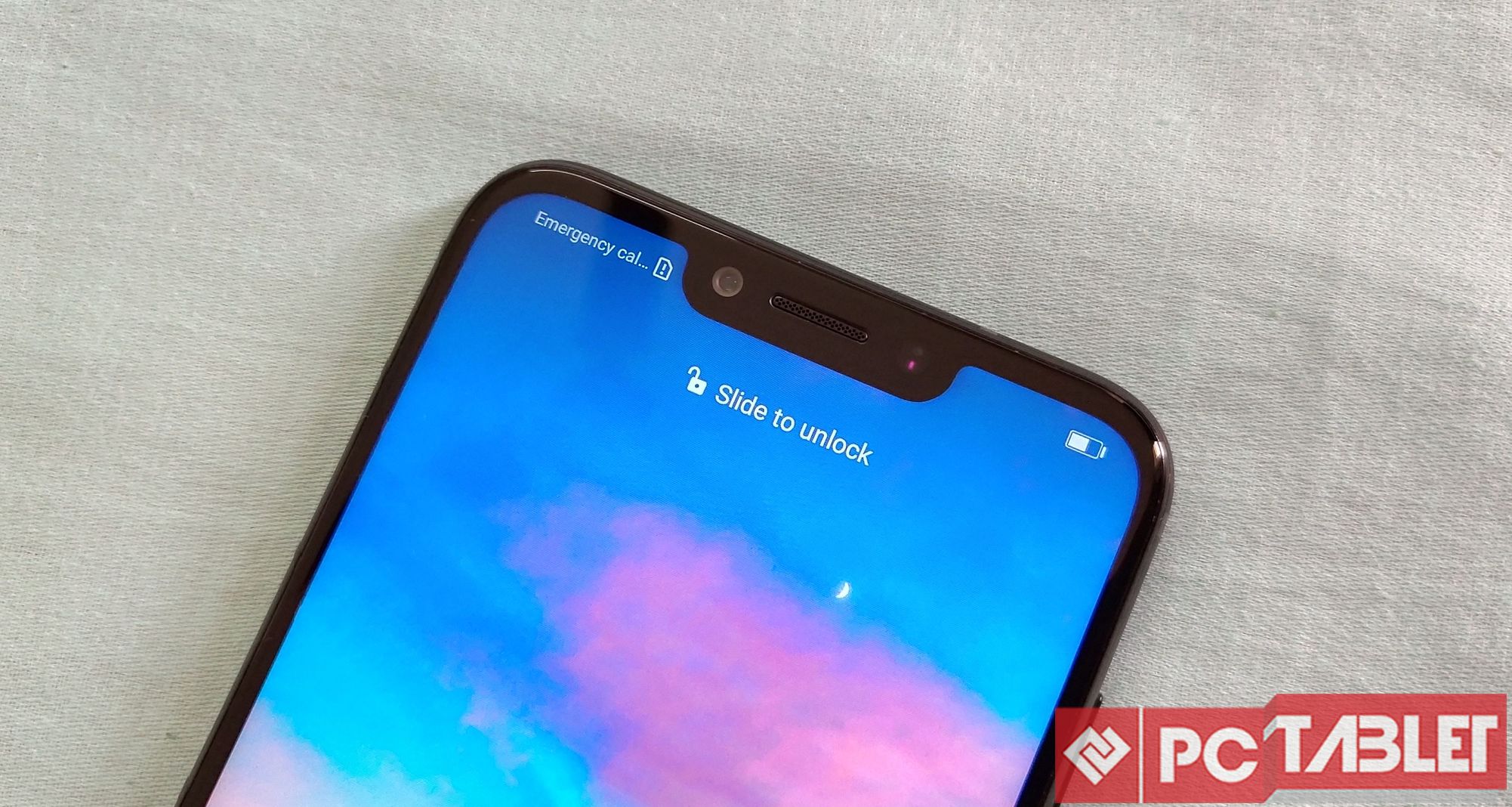 The display on the Honor Play has good color reproduction and great viewing angles. Honor also gives you the ability to tweak the color settings as per your taste. Talking about the outdoor visibility, the legibility is above average.

Honor has pretty much optimised the UI to take advantage of the screen real estate but some third party still crop the view. We hope this gets fixed in the future updates.

The Honor Play runs Huawei’s custom EMUI 8.2 skin on top of Android 8.1 Oreo. EMUI reminds you of iOS with some design elements taken from it. There are a few useful features such as navigation gestures, fingerprint gestures, Wifi+. Since it’s a gaming phone, Honor has pre installed a bunch if games like Asphalt Nitro and Sonic Master. Other than this, there are apps like Compass, Phone Clone, Translator which might or might not be useful for many users.

The newer generation of EMUI looks and feels a little more polished when compared to the earlier ones. This time around, Honor is using stock Google apps instead of their own and Chrome and Android messages are a good example of this. Since there’s a dedicated NPU built in the SoC, AI is heavily bundled here.

We didn’t run into any lag or hiccups during our testing period. Benchmark wise, the Kirin 970 scored an impressive 206,126 in AnTuTu easily surpassing the phone in INR 20k price bracket. 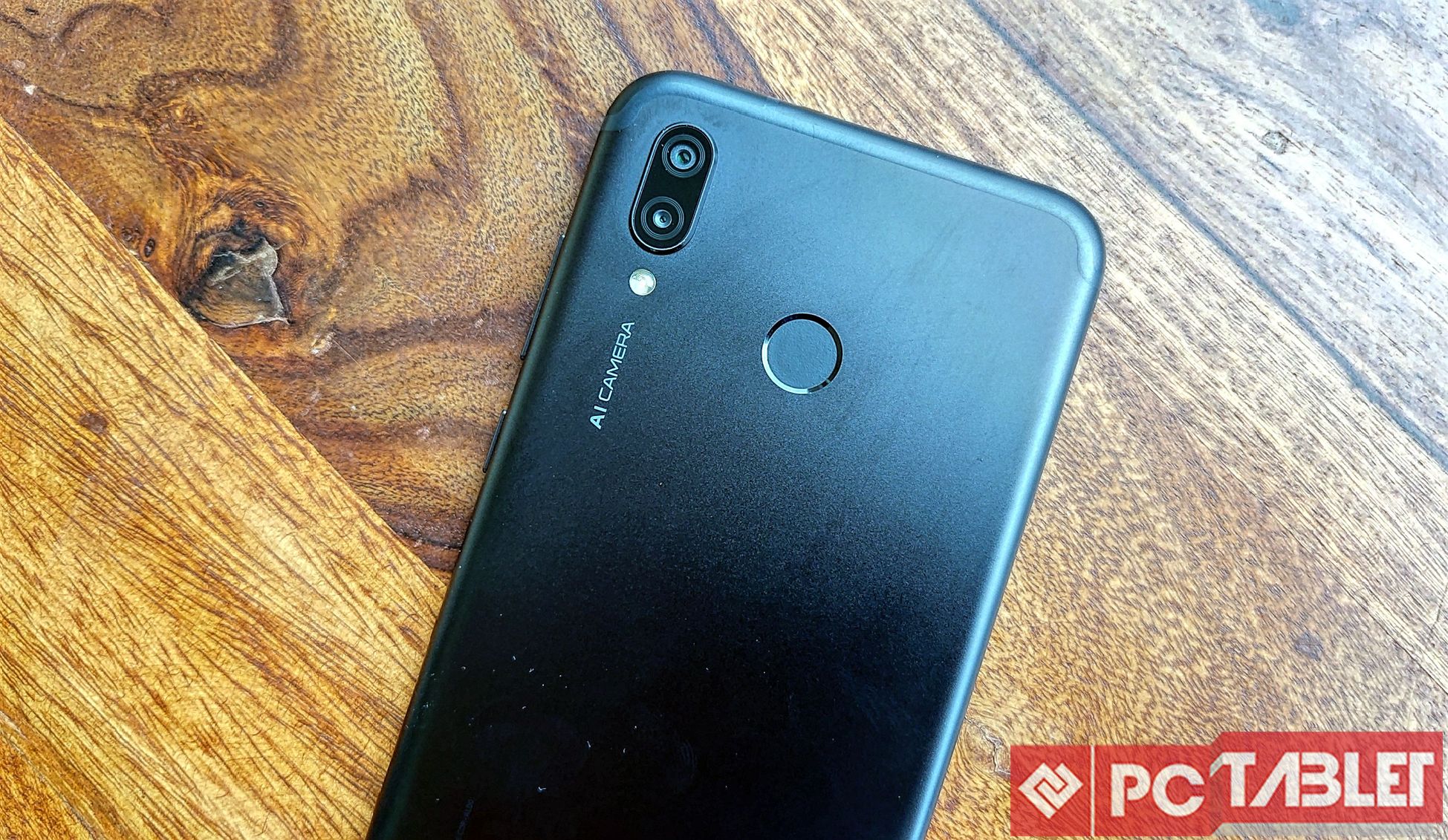 During the launch, Honor India stressed a lot on the gaming capability and GPU turbo. Now according to Honor, GPU Turbo is an integrated hardware-software graphics processing acceleration technology which improves graphics processing efficiency by 60 percent and reduces energy consumption by 30 percent.

To test GPU turbo out we ran Pubg, which is among the only two mobile games currently optimised for GPU Turbo other than the Mobile Legends. After spending some time playing Pubg, we noticed that the performance was smooth for the most part with occasional frame drops. GPU Turbo cannot be swirched off, so it’s hard to say what the performance would be without it.

The thing to note here is that during our 20-30 minute Pubg session, we noticed the phone got a little too warm and a substantial drain in the battery. Honor is also supposed to roll out the force-feedback vibration feature called ‘4D Gaming’ in the future updates and we hope they solve the battery drain issue as well.

Honor Play packs in a 3,750mAh battery which is on par and well over with most smartphones in the similar price bracket. With heavy usage we managed to get a full day worth of battery life with 10-15% charge still left. Users with moderate usage will easily be able to squeeze more than a day and a half out of the battery.

The phone supports Huawei’s own fast charging standard and comes with a 18W charger bundled in the box. This is not on par with the likes of OnePlus’ Dash Charge or Oppo’s VOOC but gets the job done. Using the supplied charger, the Honor Play took close to 2 hrs to top up the battery fully.

Just like other Honor and Huawei smartphone, the camera app has AI integration with scene detection. Honor’s AI can detect 16 scenes and can tweak the settings to produce the best images possible. We tried the AI options and were quite impressed by how fast camera detected the scene.

The performs well in good lighting conditions with day time shots coming out good. We found that at times the non-AI shots were more color correct than the AI ones. Both the front and rear camera sensors support real-time bokeh effects but portraits from the rear cameras are much more accurate with good edge detection. The front camera in dimly lit areas wasn’t able to detect faces. 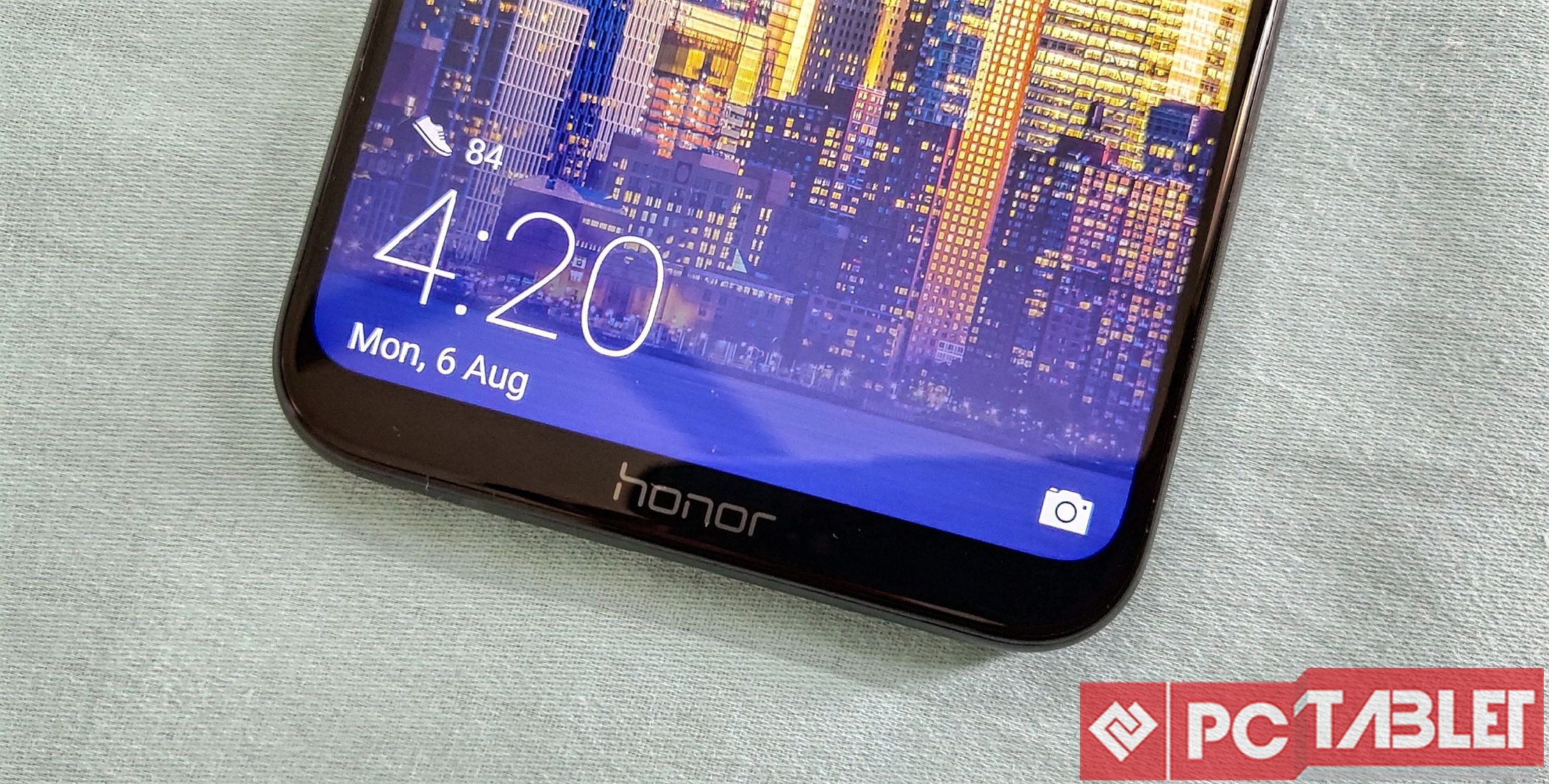 The Honor Play is the most affordable smartphone in India to be powered by the Kirin 970 which in itself is a huge selling point. The functional design and vibrant display add up the value. The only area where Honor needs to improve in Cameras.

The GPU Turbo does boosts the performance of the smartphone but it still needs a little more optimization and games support. Now with the launch of Poco F1, things have again heated up a bit.