The new and update UI along with the new remote makes it our first choice among the TV sticks! 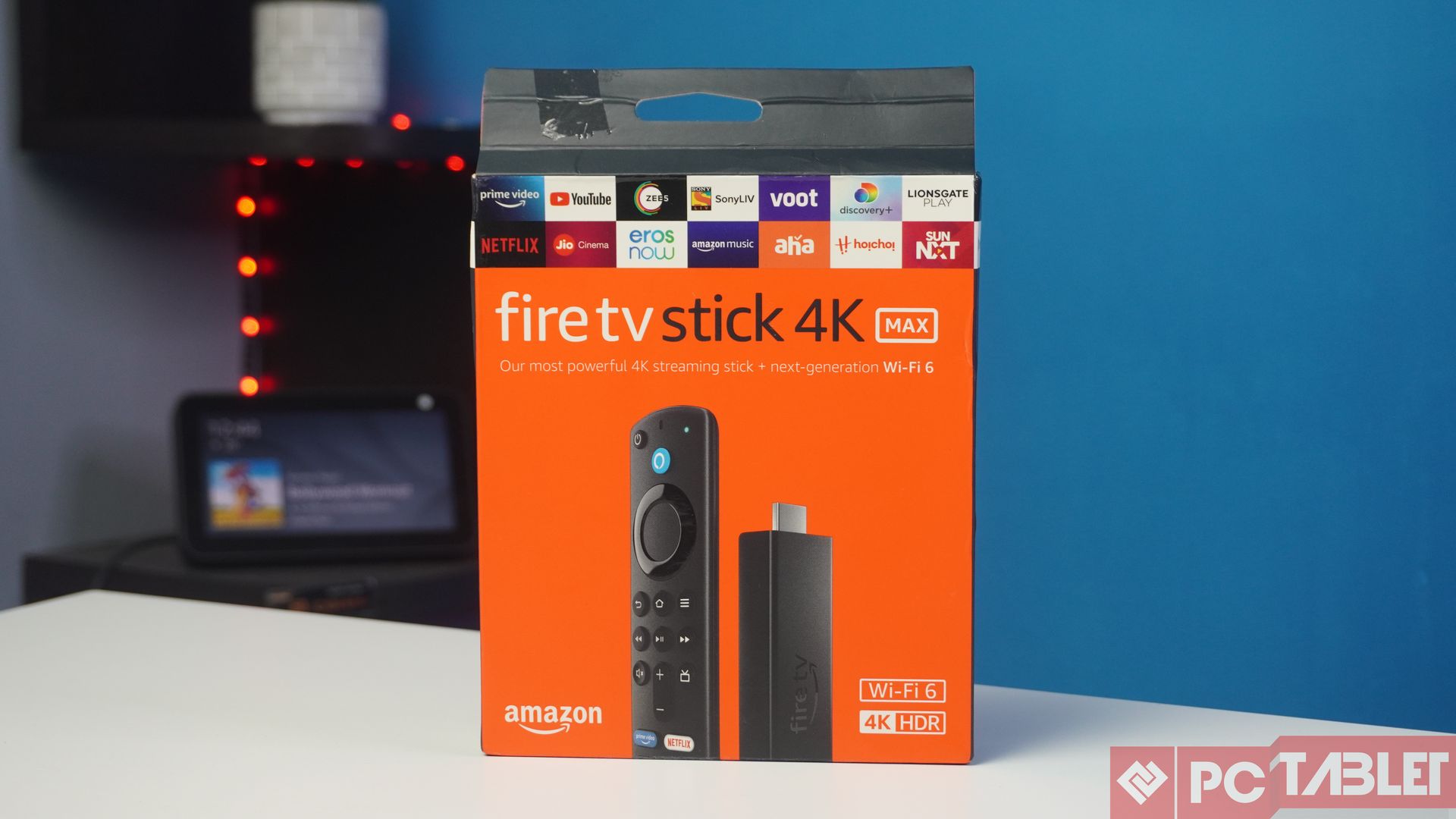 Amazon’s Fire TV ecosystem is among the most used streaming solution in the market right now. It is one area where Amazon has a lead on Google. For a market like India, where there are limited options, the Fire TV sticks become the default choice.

The Fire TV ecosystem has swelled in the last few years, and we now have the Fire TV Stick 4K Max in the mix as well. This is a beefed-up version of the vanilla 4K Stick. In addition, this new Stick brings some visible hardware changes in the form of a new remote and more.

Should you get this for your swanky 4K TV? Let us find out in our full review. 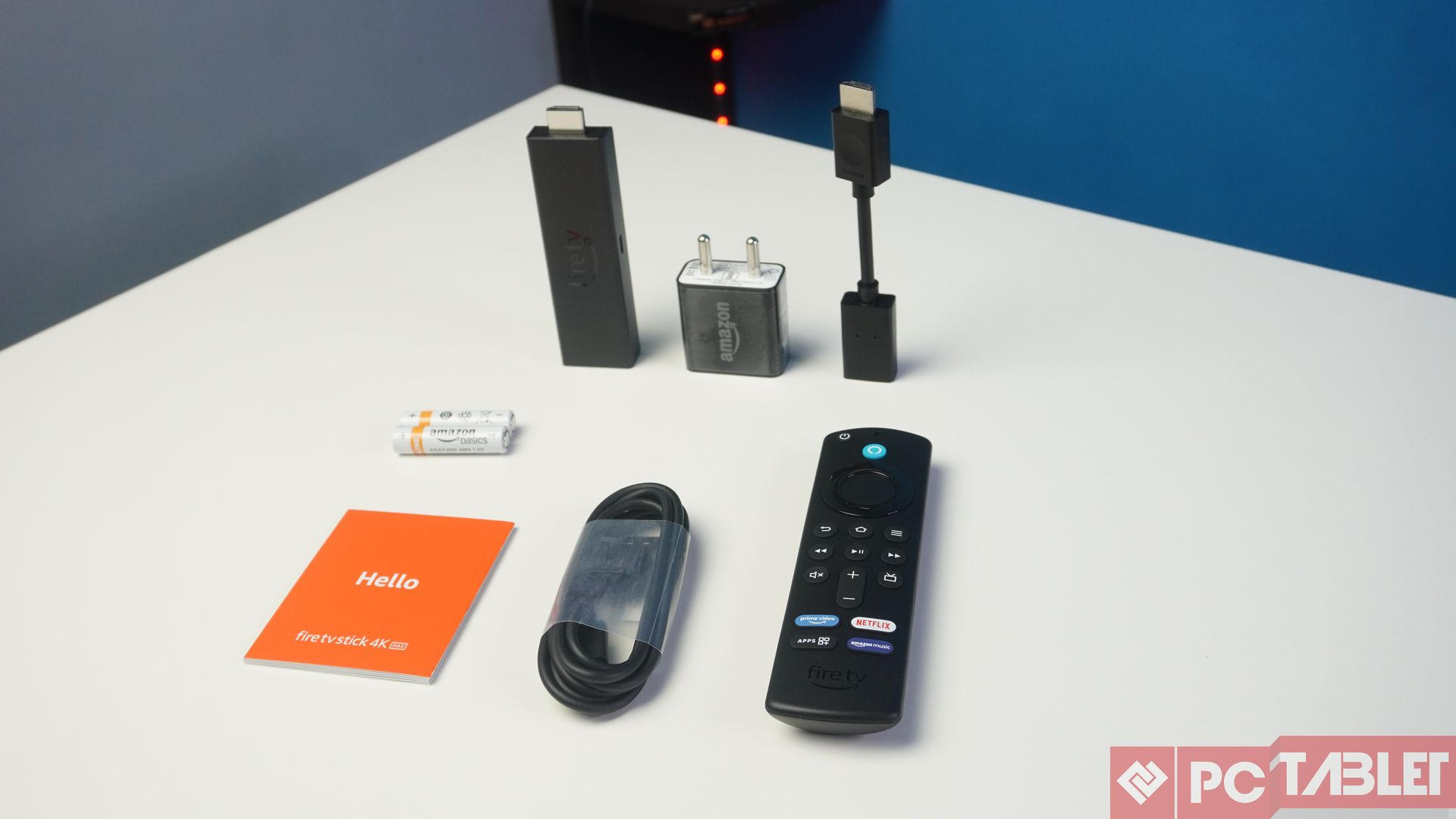 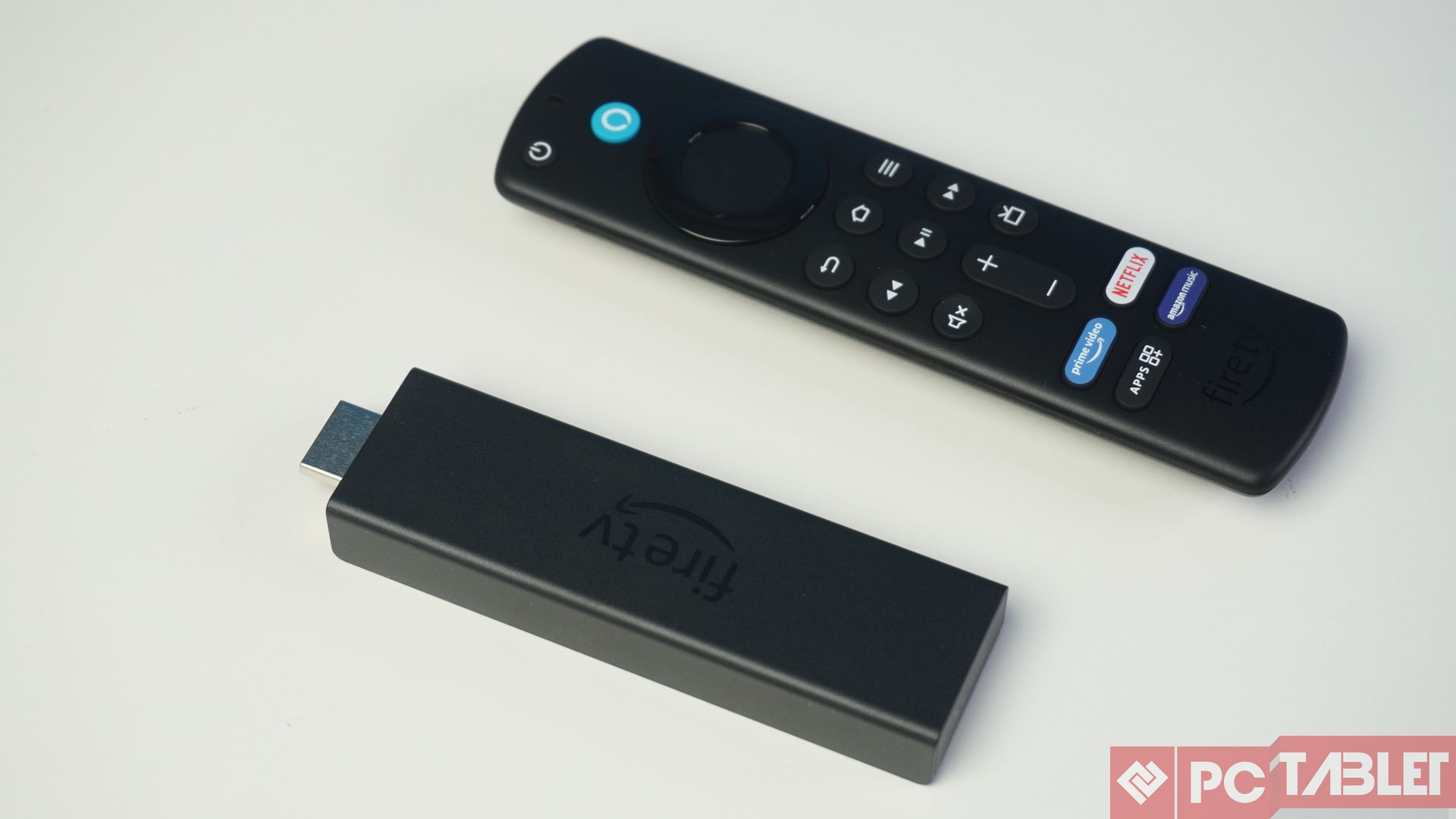 When it comes to the design, the new Fire TV Stick 4K Max features the very same design as that of the regular Fire TV Stick 4K down to the dimensions. It is still a rectangular device in matte black and made out of polycarbonate. The HDMI port sticks out from one end, while the microUSB port used to power the stick is placed on the side.

Amazon bundles an HDMI extender within the package just in case the ports on the TV get crowded. This plain old industrial design has done wonders for Amazon. However, we would like Amazon to tweak the design and add some vents as it runs pretty hot after prolonged use. 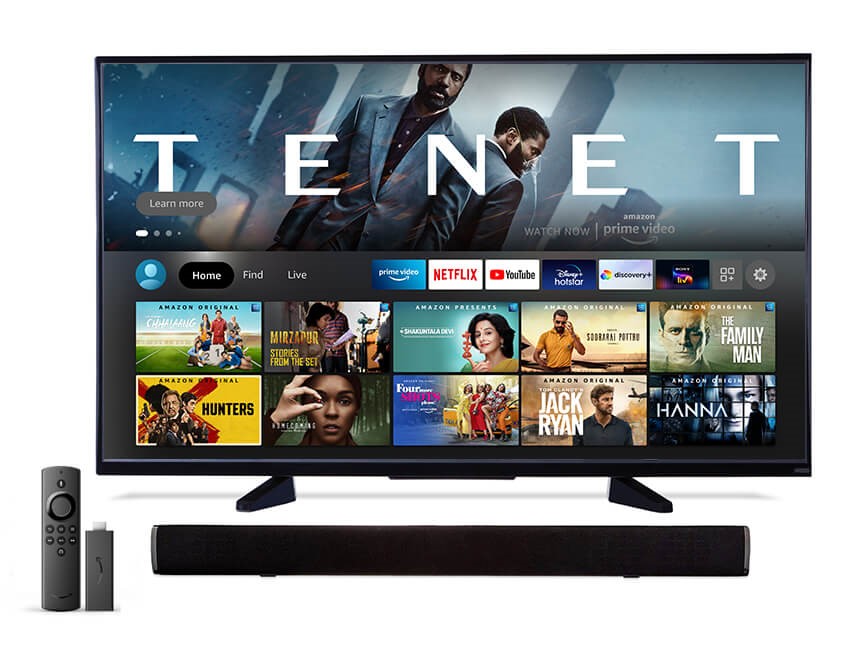 These sticks and the flagship cube run a forked version of Android for people unfamiliar with the Fire TV ecosystem. Unfortunately, Amazon was using a pretty dated UI on the Fire TV streaming devices, which finally got a new interface update with the Live TV feature and an improved suggestion engine and Alexa integration.

The elements on the interface revolve around Amazon and their services, ranging from Prime Video to Amazon music to IMDb, which they acquired recently. This new UI is modern, with neatly laid out menus and more oversized tiles. Home has recommended apps and content; Find is where you search, and Live is where you get to watch live tv. Sadly, this new UI also brings ads and sponsored content which is mainly via other Amazon services.

The interface has been a hit; for the most part, the stick feels fluid, app switching times are low, and the integration of various Amazon services has been thoughtfully carried out. 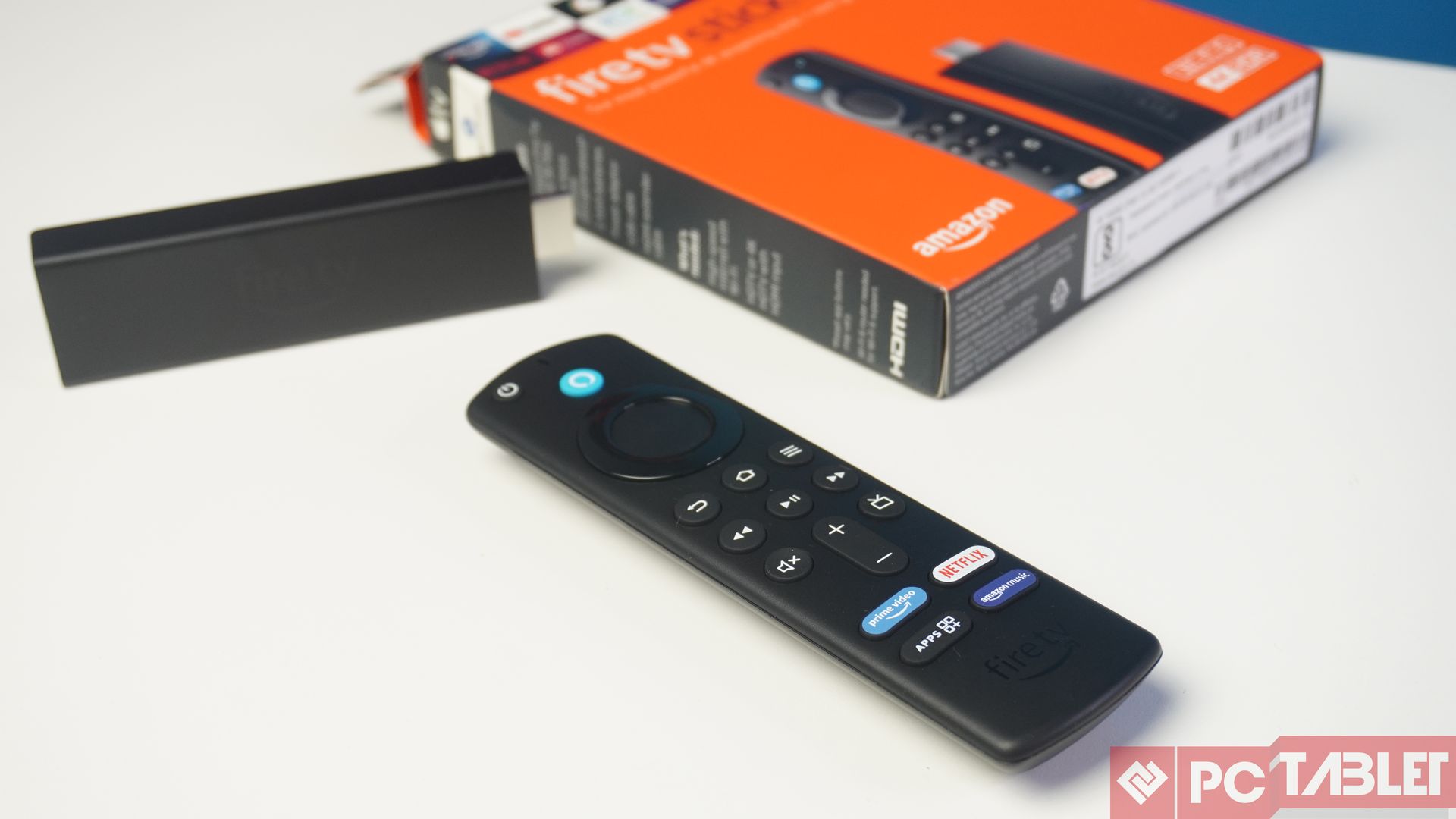 Amazon justifies bringing the new Fire TV 4K Max to market mainly revolves around performance. This is visible as soon as you power on the stick. The new 4K Max model packs a new quad-core 1.8GHz MT8696 processor and a 750MHz GPU, which improves over the regular 4K stick. There is also support for Wi-Fi 6, 802.11a/b/g/n/ac/ax, and people using a Wi-Fi 6 router can take advantage of this.

The stick now gets better signals; the range has been bumped along with other factors contributing to better throughput. Apps, movies, and shows all launch pretty quickly on the Fire TV Stick Max 4K. App switching has significantly been improved, which can be felt from regular 4K or 1080p models. App load times have also seen a cut, with apps like Disney+ needing a fraction of seconds to switch from splash screen to home.

That being said, content loading times are still the same compared to other Fire TV models. The 4K Max model supports HDR10, HDR10+, and Dolby Vision that work in symphony to deliver an exceptional viewing experience. All you need is a compatible TV with a balanced panel. For audio, there is Dolby Atmos, with support for 7.1 surround sound, 2-channel stereo, and up to 5.1 via HDMI audio pass through. The stick here misses Dolby Digital, Dolby Digital Plus, DTS Digital Surround, and Dolby-encoded audio via pass-through, which is included on the much more costly Fire TV Cube. 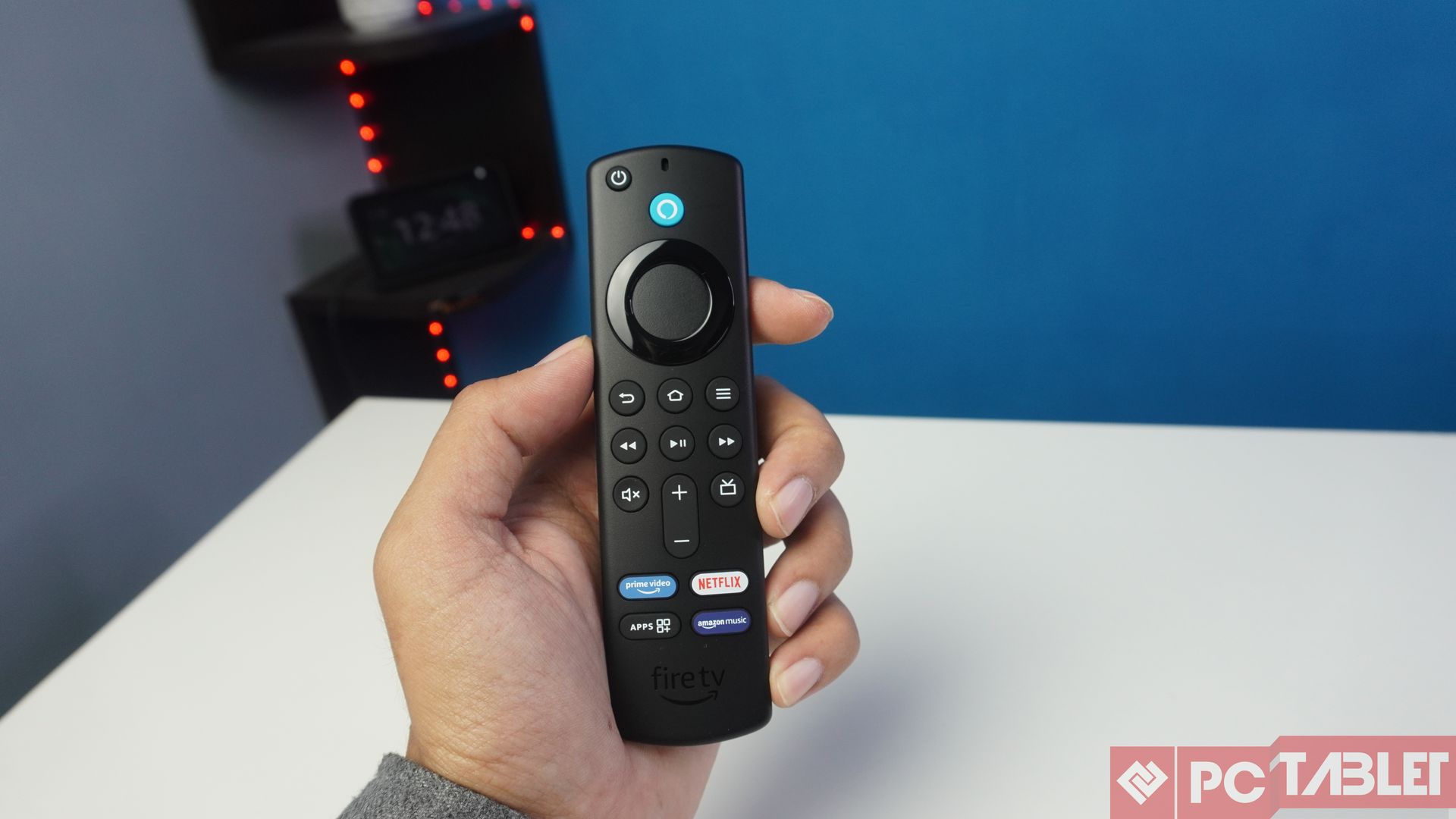 We got a new and improved remote with the Fire TV Stick 4K Max. Its got a circular directional pad with a select button in the middle, menu buttons for Home, Back, and Options, TV power and volume buttons, and navigation via fast forward rewind and play/pause buttons. The Alexa button up top has a distinct blue color to it, and using it; you can ask Alexa to open an app or invoke an action.

There are four dedicated buttons on the bottom and vary from region to region. For India, the first one carries the Prime Video branding, the second one has the Netflix logo, the bottom one is used to launch the app tray, and the last one opens Amazon Music. We would’ve liked the Disney+ button here instead of the app store button.

This is a Bluetooth remote and comes with Alexa voice support. During our testing period, we found the remote reasonably good, except for the voice search. Alexa was slow in processing the queries and quite often gave wrong suggestions/answers.

Compared to the regular 4K model, this new Fire TV Stick 4K Max doesn't bring much to the table for the already owners of the regular 4K stick. However, it gets all the basics right, has an ample amount of codec support and features. If you are going to the a new buyer or looking to upgrade your existing 1080p TV stick, this should be your preferred choice. The Fire TV Stick 4K Max tries to bridge the gap between the regular 4K stick, which goes for INR 4,000, and the Fire TV Cube, which is north of INR 12,000.