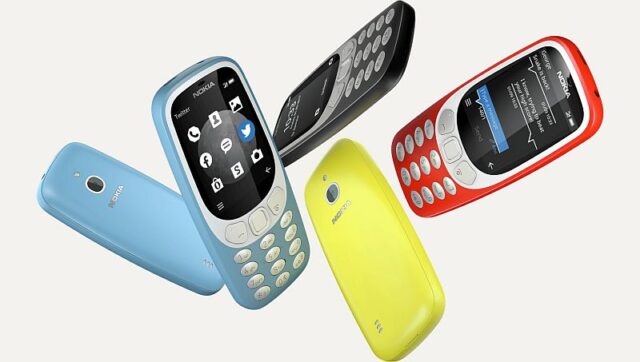 The HMD Global has launched the 3G variant of the classic handset Nokia 3310 in the Australian market today. The previous iteration of the handset runs mobile data at 2G speeds only.The Nokia 3310 was unveiled by the HMD Chief Marketing Officer Pekka Rantala, who claimed that the company has managed to sell “millions” units of the next-gen Nokia 3310 across different markets. The handset will be going available in Australian market starting October 16.

The Nokia 3310 3G packed with 2.4 inches QVGA display which offers 240×320 pixels of resolutions. The smartphone runs on the Java-powered operating system and its enriched by the new customisation options for rearranging icons and choosing colored themes. The Nokia 3310 comes with a 64MB ROM which is further expandable up to 32GB via microSD card.

Regarding optics, the phone is equipped with 2MP rear snapper supported by LED flash. The Nokia 3310 also comes with dual-SIM capabilities, Micro-USB port, and built-in FM Radio. The phone is fuelled by a removable 1200mAh Li-ion battery which claimed to provide 24 days of standby time under heavy usage.  Nonetheless, the phone is measured at 117×52.4×13.3mm, and it weighs around 88 grams for dual-SIM variants.

The Nokia 3310 come with four color options, i.e., Azure, Charcoal, Warm Red, and Yellow. The phone will come with a price tag of AUD 89.95 (Rs. 4,600) in the Australian market, and its global average cost will be EUR 69 (Rs. 5,320). In the shadow of Jio feature phone, the Nokia 3310 seems to be an overpriced offering. On the other hand, the Jio feature phone is 4G enabled and its equipped quad-core chipset, 512MB RAM, 4GB ROM and its priced at merely Rs. 1500. So it may be probable that HMD Global may not launch the handset in the Indian market.