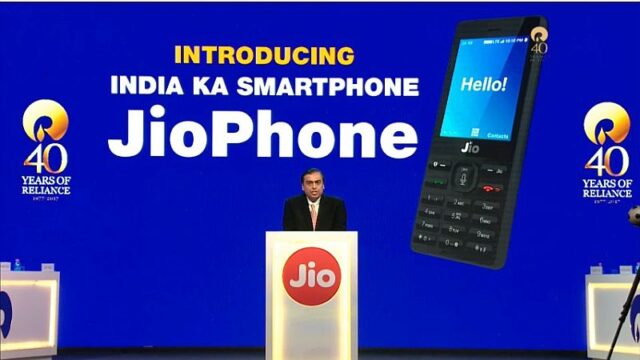 Reliance Telecom has finally unveiled their most awaited feature phone; the JioPhone in India today. Shri Mukesh Dhirubhai Ambani launched the handset on the company’s 40th Annual General Meeting. Mr. Ambani claimed that Jio proof itself as an excellent telecom brand and set many benchmarks in the telecom sector. Further, he also claimed that Jio is acquiring seven customers per second, and now has 125 million users as of now.

Furthermore, The handset will have the ability to install and run apps, including Jio apps like JioTV, and JioCinema that come pre-installed. The JioPhone will support connectivity to any TV using a cable developed by the company to show content from JioTV and JioCinema apps on the bigger display. 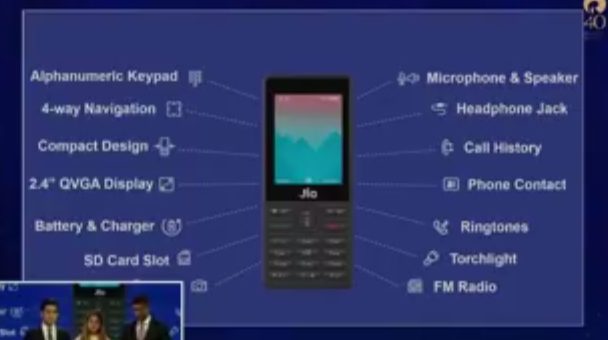 The JioPhone will cost Rs. 0 effectively, but the company will charge Rs. 1,500 as a refundable sum for the device from users which claimed by the customer at the end of 36 months of purchase by returning the device.

The Trial Version of the device will be available to the developers who are interested on 15th of August and available to the public from September. Users can Pre-book the phone from Jio offline stores and MyJio app starting from August 24 and deliveries the devices on First come, first serve basis.