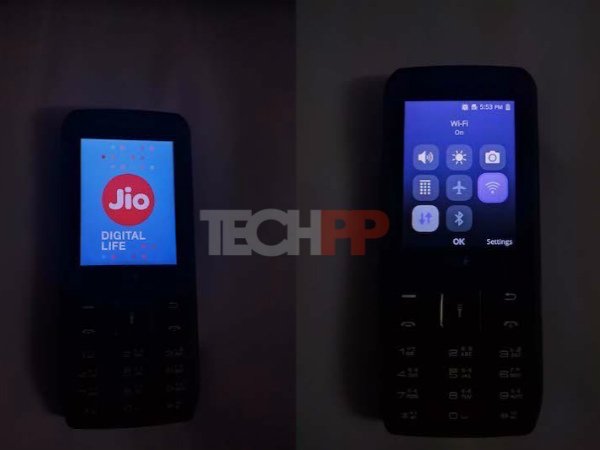 Reliance is reportedly working on a feature phone under the LYF brand lineup which will feature 4G VoLTE connectivity. This is a leak with pictures and a live video demo of the LYF feature phone which shows that it comes with WiFi functionality. Reliance hasn’t said anything about the new feature phone with 4G VoLTE feature, but the latest reveal gives a clear picture of the device.

TechPP has released pictures and videos of the feature phone with several features. Despite being a feature phone, it runs a slimmed down version of Firefox OS called KAI OS. Ir also comes with some apps from Jio like JioTV and Jio Cinema. This feature phone also supports Bluetooth 4.1, video calling feature and GPS.

The specifications also have been leaked; the phone is said to be coming with 512MB RAM and 4GB internal memory. The phone also supports microSD card up to 128GB; there will be two SIM card slots from which one will be a nano SIM card slot. If Reliance releases this phone soon, then it will help lots of people using single SIM smartphones.