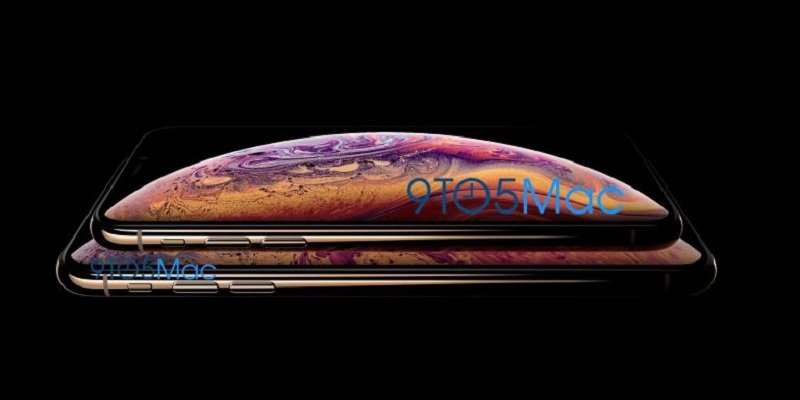 Soon after Apple started sending out invites for a special launch event, the upcoming iPhone XS allegedly made an appearance on the web. Apple is expected to unveil three new iPhones on September 12 – two high-end OLED models and low-cost LCD-TFT model.

9to5Mac has obtained a photo which shows off the next-generation OLED iPhone, which will reportedly be dubbed as the iPhone XS. The images reveal both 5.8 inch and 6.5 OLED iPhone models. The report further adds that Apple plans to offer a gold colour version of the upcoming iPhone XS. Both OLED models are expected to look similar to the current iPhone X, barring the larger screens. The image is in line with previous leaks, and is likely authentic.

And if that wasn’t enough, 9to5Mac have also shared a seemingly authentic photo of the upcoming Apple Watch 4. The next-generation Apple Watch will reportedly have a larger display, much smaller bezel, and could get a new microphone to offer improved Siri and voice calling support.

As per earlier reports, the low-cost LCD model of the upcoming iPhone is being called the iPhone 9. Apple will try to attract fans with the LCD iPhone model as it will be very competitively priced. Key sources indicate it will be priced around USD 699 ( INR 49,227 approx.), while some suggest it could even go as low as USD 600 (INR 42,225 approx.).

Apple will be try to keep manufacturing costs down for the rumoured 6.1-inch LCD model by using a single-lens primary camera, reducing RAM, ditching 3D Touch support, and use the less-expensive LCD panel instead of an OLED screen.

We’ll get a full story during the Apple launch on September 12th, in Steve Jobs Theatre on Apple Campus. Until then, keep checking back for more.