Home News Apple iPhone X 2018: All you need to know 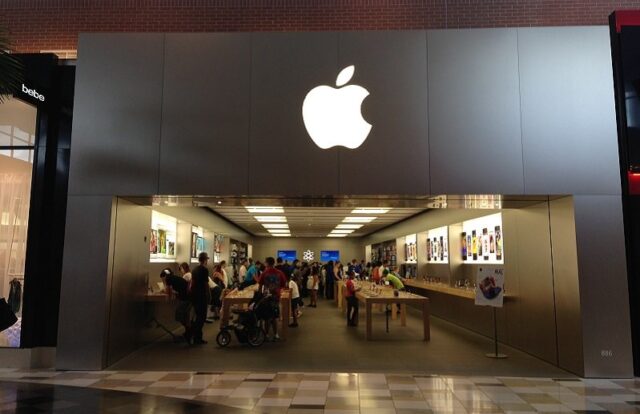 The upcoming iPhone-range is probably the most awaited smartphone releases this year. And just like last year, key sources claim that Apple plans to release three iPhone models in 2018 as well. One of them will be a direct successor to the iPhone X with a 5.8-inch OLED display, while the second one being the larger iPhone X Plus with a 6.5-inch OLED display. However, the third one is expected to be a more affordable iPhone model having a 6.1-inch LCD display, which is expected to cost much less than its OLED counterparts. In this article, we’ve compiled a list of the all the details, leaks, and rumors that have surfaced about the 2018-iPhone line-up.

To begin with, Apple is expected to unveil an upgraded iPhone X that would most likely be an incremental upgarde over last year’s model. The design of the handset will be heavily inspired by its predecessor, implying it’ll look much like the curent iPhone X. Sources, however, indicate that Apple will try and make bezels even smaller with the upcoming iPhone X model.

Besides, we can expect several changes under the hood. These most likely inlcude a new advanced processor paired with 3GB or 4GB of RAM. Besides, Apple is also expected to offer more storage with the upcoming iPhone X. Rumour has it that Apple might start offering upto 512GB storage with upcoming iPhones. Now, this would certainly be a great addition as iPhones do not offer microSD expandability.

We can also expect improvements such as upgraded cameras and software optimistaion for improved photography and performance. That being said, changes won’t be that substantial.

However, a recent discovery in iOS 12 beta has revealed that the iPhone X will be able to function like an iPad. As the code was found to have landscape modes as well new interfaces for many popular iPhone apps.

Apple’s 2018 iPhone-lineup is also said to include a 6.5-inch iPhone X with an OLED display. The device will essentially be the larger version of the iPhone X mentioned above, barring the larger display along with the possibilty of a few exclusive features.

Sources also indicate that the larger iPhone X could come with 4GB of RAM, as opposed to 3GB of RAM compared to the smaller sibling. Apple could also bump up the storage to up to 512GB, which could be eclusive to the iPhone X Plus. Besides, the device would most likely come fitted with a larger battery.

Elsewhere, the device will be equipped with a slew of high-end features such as a glass body, wireless charging, notched display, Face ID recognition, and more.

As far as pricing goes, given the fact that last year’s iPhone X was launched starting at $999, the price of the iPhone X Plus could easily goes past the $1000 mark.

Apart from the two OLED models, Apple is reportedly also planning to release a low-cost LCD iPhone this year. The idea is to keep costs down and target budget buyers. Apple will be try to keep manufacturing costs down for the rumoured 6.1-inch LCD model by reducing RAM, ditching 3D Touch support, and use the less-expensive LCD panel instead of an OLED screen. This also means that wireless charging is not likely to be offered, and Kuo also suggests that dual-camera system will be scrapped as well in order for Apple to launch a low-cost iPhone.

This particualr model could also have thicker bezels because of the LCD panel. But new reports suggest the low-cost LCD model may even have thinner bezels than its OLED counterparts. According to Japanese blog Macotakara, Apple is using a ‘full active LCD screen’. With this technology, Apple would be able to get the bezels down to 0.5mm, half the size of the bezels found on the current iPhone X. However, sources also suggest that this new technology has caused production issues which might delay this model until November.

Sources also indicate that Apple could also offer this model in never-before seen colour variants, just like it did with the iPhone 5c. Reliable analyst Ming Chi Kuo suggests that the 6.1-inch LCD iPhone will be offered grey, white, blue, red, as well as an orange colour variant.

Just like in the past, Apple is likely to unveil its 2018 iPhone-lineup at its keynote event September. We’ll update you as soon as we hear anyhting new. Until then, keep checking back for more.