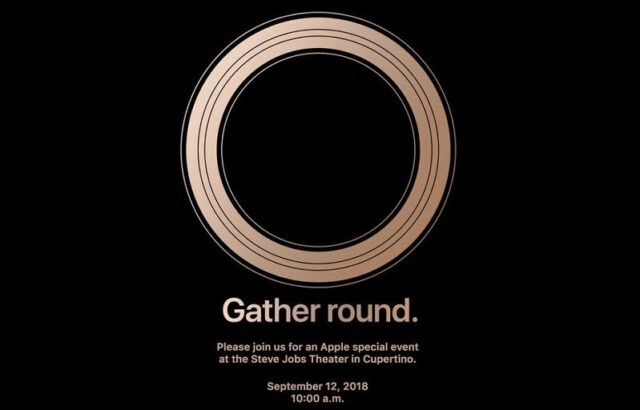 Just like last year, Apple is expected to announce new iPhones in September. The company typically holds a big event every year in September at which it unveils next-gen iPhones. Besides, it also announces the next version of iOS and Mac operating systems at the same event. This year’s Apple Special Event is scheduled for September 12, 2018, at 10am PDT. The event will be held in the Steve Jobs theatre on Apple Campus.

However, the third one is expected to be a cheaper iPhone model having a 6.1-inch LCD-TFT display. The idea is to keep costs down and target budget buyers. Apple will try to attract fans with the LCD iPhone model as it will be very competitively priced. Key sources indicate it will be priced around USD 699 ( INR 49,227 approx.), while some suggest it could even go as low as USD 600 (INR 42,225 approx.). Apple will be try to keep manufacturing costs down for the rumoured 6.1-inch LCD model by using a single-lens primary camera, reducing RAM, ditching 3D Touch support, and use the less-expensive LCD panel instead of an OLED screen.

We’re still not sure what the company will call its next-generation iPhone models. Though rumour has it that the two high-end models with OLED screens will be dubbed as iPhone XS and iPhone XS Plus, while the cheaper with LCD display will be called iPhone 9.

The company also announces the next version iOS and macOS operating systems at the event, and when they’ll be available for download. Hence, we could hear more about latest iOS 12 and macOS Mojave at the event. The iPhone-maker is also likely to announce the next-genration Apple Watch 4. As last year, we saw the announcemt of Apple Watch 3 with LTE in September.