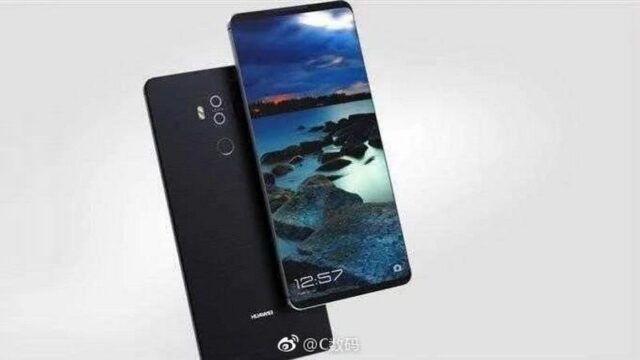 Huawei is expected to announce their flagship smartphone; the Mate 10 on October 16. The Mate series smartphone has a legacy to come with a big display and high-end hardware. The company has posted a teaser video which reveals the dual rear camera setup of the phone. The company dropped this teaser video on German YouTube page that teases the Leica branding.

The teaser video also gives a glimpse of the dual camera setup which consists of a 20MP Monochrome sensor and a 12MP RGB sensor. The company’s previous offering; the Honor 8 Pro is a quite successful device and praised for its superior dual camera performance and has set a benchmark in smartphone photography. It seems that Mate 9 camera will come with many superior and upgraded features.

Moreover, the Mate 10 smartphone has been subjected to numerous leaks and rumors in recent times. As the smartphone is expected to be launched with bezel-less display known as ‘EntireView’ display which seems to be a marketing gimmick at this point of time. However, earlier Huawei CEO has indicated that the Mate 10 will be sporting a facial recognition, support AR, and 3D sensing.

Moreover, the smartphone is expected to be featured with a 6 inches Full HD display with an aspect ratio of 18:9 similar to the LG G6, Samsung Galaxy S8, the LG Q6 and the latest Canvas Infinity. And will be powered by the next generation of silicon Kirin 970 chipset which is manufactured from the 10nm fabrication process. The Mate 10 likely to comes in two RAM variants i:e 6GB/8GB.

The Mate 10 is a successor of Mate 9 which was released way back in December 2016. The phone was packed with 5.9 inches Full HD display, Hisilicon Kirin 960 chipset coupled with Mali-G71 MP8 GPU and 4GB RAM. The phone has equipped with 64GB of internal storage which is further expandable up to 256GB via microSD card.

On the camera front, the device is packed a Leica brand dual camera setup on the rear which consists of a 20MP Monochrome sensor and a 12MP RGB sensor. The rear also features with OIS, F/2.2 aperture,  laser autofocus, and dual-LED (dual tone) flash. Whereas, in the front, there is an 8MP sensor which comes with an aperture of F/1.9.