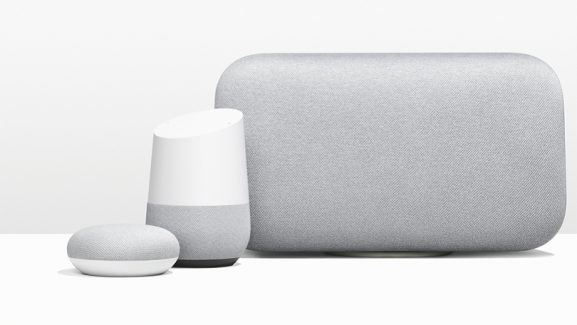 The smart home speaker segment has started to boom and Google has much to cheer from the developments so far. For according to a Canalysis report on the segment, smart home speakers have registered a stupendous growth of 210 percent year-on-year in Q1, 2018 though the biggest surprise here is Google outselling Amazon for the first time ever, India Today reported.

The total number of smart speakers shipped stands at 9 million with Google leading the charge with shipments of 3.2 million of its Google Home and Google Mini devices during the period. In contrast, Amazon managed shipment figures of 2.5 million while the third slot is being held by Alibaba with its Tmall Genie speaker having gone for 1.1 million shipments.

Alibaba though continues to be the largest player in the segment in China. Amazon however will have much to worry from the developments given it has some catching up to do to Google in a segment it conceived and nurtured in the first place. Google has been vigorously pursuing its smart speaker range and has also been eyeing newer markets to push sales.

The United States meanwhile has held on to its spot as the largest smart home speaker market in the world followed by China and Korea. The segment also went for a huge jump in China where shipment of the AI controlled speaker have risen more than 60 percent. With the country itself posing a huge market, its also should be least surprising other too have jumped on to the fray.

For instance, there is Xiaomi whose Xiao AI speakers have already gone for 600,000 shipments in the first quarter of the year. That makes the Xiaomi offering second only to Alibaba so far as shipment volumes are concerned.

Both Amazon and Google has also been pushing sales of its smart speakers in India off late. The country comes across as another huge but largely untapped market so far as the smart speakers are concerned. Interestingly, Google has the edge here given the immense popularity of Android devices in the country. Plus, retailers too prefer favoring the Google Home range given that Amazon comes across as a direct competitor to their own business.

As such, it will be interesting to see how the competition unfolds during the rest of the year in India and elsewhere in the world.