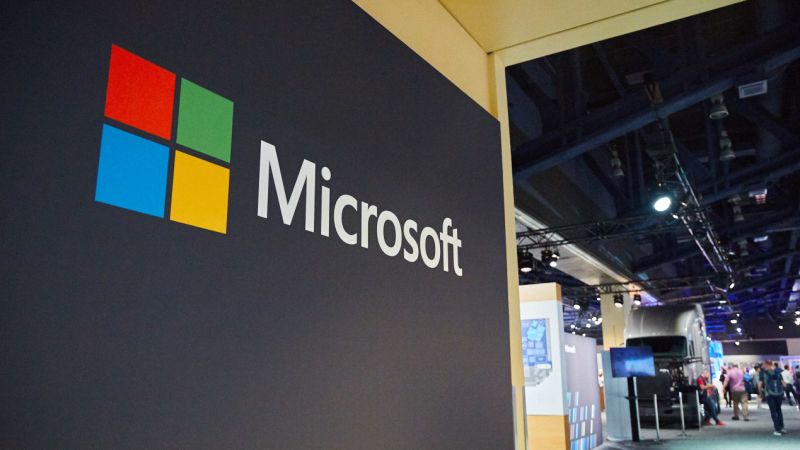 Microsoft recently introduced a new way to change the operational techniques of organizations, government and common citizens in various fields such as healthcare, agriculture, education and daily work schedules. Numerous projects were showcased by the company that uses its cloud-based AI, Internet of Things and cognitive services. Indian states such as Andhra Pradesh, Karnataka, Telangana, Punjab, Tamil Nadu and Haryana are the places where these applications are being tested. Microsoft also confirmed the use of AI in Indian language computing.

Sriram Rajamani, Managing Director of Microsoft Research India, said “These AI, cognitive technologies and IoT applications can help in India’s inclusive growth. The world is today powered by an intelligent cloud and the intelligent edge.  We are constantly pushing the boundaries of technology to benefit society. We are committed to ensuring that technology is defining and shaping the future, and is a combination of unbridled innovation and digital inclusion.”

Some of the projects showcased by Microsoft for transforming Digital India are:

This project is meant for the upgrading of the agricultural profile of India. This research project shall enable seamless data collection extracted from numerous sensors, drones, and cameras. The project is mainly based on two broad areas, i.e., a data collection system that would comprise of drones along with sensors and the second data analysis system that is comprised of cloud-based storage services, connectivity pieces, and associated predictive analysis.

Microsoft along with ICRISAT declared the results of the AI-based Sowing App for farmers which were in the second phase of the pilot. The program was designed to help more than 3000 farmers in states of Andhra Pradesh and Karnataka especially during the Kharif season in the year 2017 for numerous crops such as maize, ragi, cotton and the staple food of India which is rice. The overall recorded increase in the yield ranged from 10% to 30%. The recorded increase resulted from the Sowing App which had been developed to gain maximum harvest by knowing the best time to sow seeds from the data collected about the weather conditions along with soil quality and other related indicators.

Dr. AVR Kesava Rao, Honorary Fellow, and Senior Scientist, Agroclimatology, ICRISAT commented on the season’s boost in crop yield by saying,” We are excited about the results that have emerged from the use of the Sowing Application and Personalized Village Advisory Dashboard. We have strengthened our partnership with Microsoft to help smallholder farmers and give a boost to our AI-powered agriculture initiative in a big way.  The application of the Intelligent cloud is a significant start for digital agriculture and we look forward to expanding this further.”

This particular project acts as a virtual harness for the vehicles which focuses on two factors that are necessary for the safety on road. The first factor is, the mental state of the one driving which includes distraction and fatigue and the second being, the driver’s way of handling the vehicle in relation to other surrounding vehicles. The method uses the front as well as back cameras of a smartphone that is mounted on the dashboard. The project also makes use of the phone’s GPS and inertial sensors along with an On-Board Diagnostics (OBD-II) scanner. The Institute for Driving and Traffic Research (IDTR) has been using this project which is a joint venture amidst the Department of Transport of State Governments and Maruti Suzuki India.

This project has been designed to help people that suffer from a visual impairment which is powered by Artificial Intelligence. Now, Microsoft Research has started experimenting by including several sensors to the already existing canes. The company has also added gesture recognition to the cane. The cane is being considered an intelligent edge device, the reason being Microsoft is doing all these by the use of already existing sensors added to the cane along with an AI agent that houses a microcontroller with very low resources present in the cane itself. The company believes that the upcoming years shall mark the launch of many application of ML based on the edge.

The drinking water quality across many states in India is being monitored via the use of IoT monitoring to provide quality water for Indian citizens. With the use of sensors provided by the Austrian form S::can along with their Indian partner Aaxisnano, Indian ISV TechSoan Engineering has instilled a monitoring system which works on the Azure IoT platform. This power pack combination when uses the Microsoft cloud, data as well as IoT, the resulting solution uses the robust s::can sensors help provide measurements of 17 different parameters like Chemical Oxygen Demand (COD), Biological Oxygen Demand (BOD), Fluoride and chloride levels along with color and temperature.

This solution is now being used to:

With the application of Microsoft Azure IoT, India’s first Smart Street Lighting Project is being realized in the pink city of Jaipur which is underscoring Microsoft’s mission to transform public spaces in a digital level. More than 100,000 street lights are being managed by Jaipur Municipal Corporation (JMC) within the periphery of the city. One of every three light did not function in a proper manner which caused numerous parts of the city to be darkened at night. To manage, control, as well as monitor these issues, Microsoft IoT-platform-based solution created along with ISV Precimetrix, helped in dealing with the same. The project has been designed to help about 1.65 million residents by improving the conditions of street light while reducing the use of greenhouse gas being released on a large scale of 36,759 metric tons/year. An average of $1million per year in fiscal savings will be obtained by the government thanks to the reduced consumption of energy.

Microsoft has been working on a continuous basis since the beginning of Project Bhasha in the year 1998 to instill local language computing facility in Indian languages. A total of 11 Indian language scripts along with 22 Indian languages have been supported by Microsoft Office and Windows. The search engine Bing lets the users browse in nine different Indian languages. Now, using AI technologies, Microsoft is making translation and speech recognition available across several Indian Languages. A few examples of these changes are: