Bajaj has launched Dominar 400 in India at Rs. 1.36 lakh (Delhi showroom) for the non-ABS variant. The company revealed that the Dominar 400 will be the biggest ever muscular bikes for the emerging and fast growing bike market.

Commenting on the launch of Bajaj Dominar 400, Eric Vas, President, Motorcycle Business, Bajaj Auto disclosed that the company believes that a premium product with the latest evolving technology will set new benchmarks. Moreover, the high-performance bike has been designed in an ergonomic manner. In this world of competitive bike sector, a product under Rs. 1.5 lakh will be real deal breakers, adds Vas.

On the specifications front, the Bajaj Dominar 400 features a 373.2cc DTS-i single-cylinder, liquid cooled engine. This engine is optimized to produce 34.5bhp at 8000rpm and 35Nm of torque at 8500rpm. If you look at the motor, it comes with a 6-speed gearbox. Moreover, it comes with a slipper clutch, which is the first offering from Bajaj. 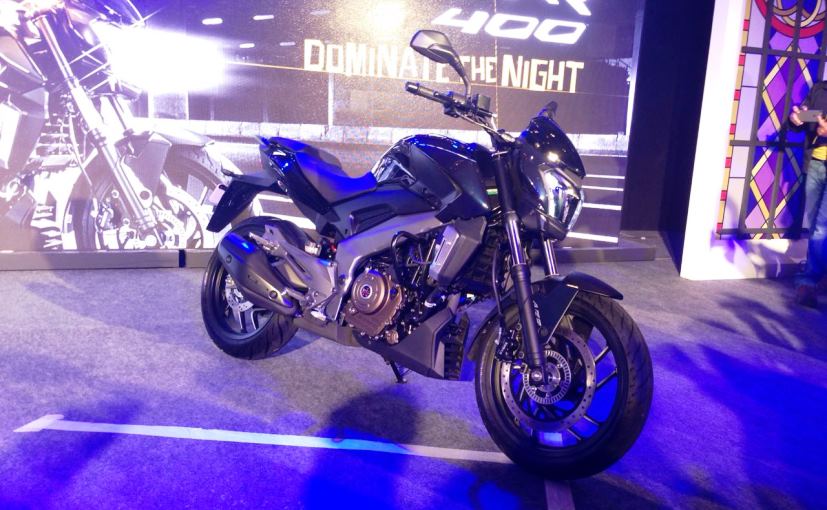 Bajaj Dominar 400 features 43mm telescopic front forks coupled with an adjustable monoshock rear suspension. If you verify the braking performance, it ships from 320 mm front and 230 mm rear disc brakes. Moreover, the bike is equipped with a dual-channel ABS.

Regarding styling, the Bajaj Dominar 400 is equipped with the muscular and aggressive lines paired with full LED headlamps. Moreover, the bike also includes an Automatic Headlamp On (AHO) functionality.

Available in Midnight Blue, Twilight Plum, and Moon White, the Bajaj Dominar 400 will be exclusively available via 80 showrooms across 22 cities. You can pre-book the Dominar by remitting Rs. 9,000. However, you have to visit the dealer for test rides and deliveries.

The company sources revealed that Bajaj Dominar 400 will most likely compete with the Royal Enfield Classic 350. In addition to the availability of Dominar 400 in India, the home-grown company is also planning to export to Europe, Malaysia, Philippines, and Dubai.