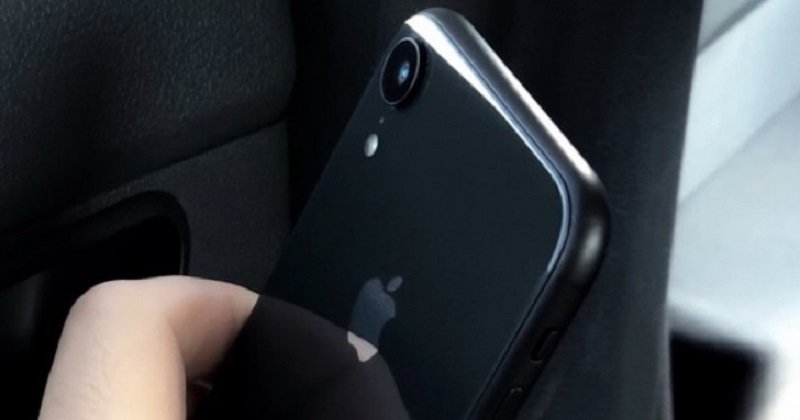 Apple is expected to unveil its 2018-iPhone lineup at an event inside its new Cupertino Campus tomorrow. And just a day before the event kicks off, a photo of the low-cost 6.1-inch LCD iPhone has been spotted on the web.

According to the report which cites a reliable insider, the entry level 6.1-inch iPhone might be officially called the iPhone 9, XC, or Xr. The leaked image reveals the single lens primary camera setup of the handset. Also, the lens shown in the leaked image looks bigger than the one found on the current iPhone 8, implying it could be the low-cost LCD iPhone model.

As per earlier leaks, Apple is widely expected to announce three new iPhone models for 2018. . One of them will be a direct successor to the iPhone X with a 5.8-inch OLED display, and the second one being the larger iPhone X Plus with a 6.5-inch OLED display.

However, the third one is expected to be an entry-level iPhone model having a 6.1-inch LCD-TFT display. The idea is to keep costs down and target budget buyers. Apple will try to attract fans with the LCD iPhone model as it will be very competitively priced.

Rumour also has it that the two high-end models with OLED screens will be dubbed as iPhone XS and iPhone XS Plus, while the cheaper with LCD display will be called iPhone 9 (or Xc or Xr).

We’ll get a full story during the Apple launch event on September 12th, inside the Steve Jobs Theatre on the new Apple Campus. We’ll update you as soon as we hear anything new. Until then, keep checking back for more.