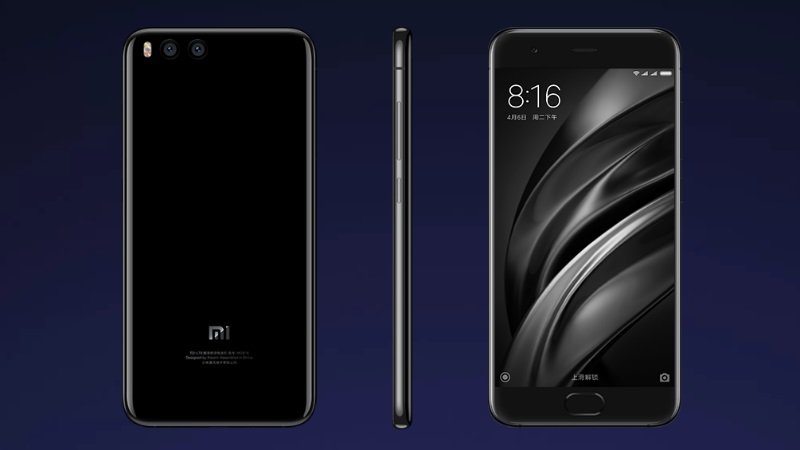 Xiaomi Mi 6, the company’s latest flagship phone was officially unveiled today at an event in Beijing. The new flagship smartphone gets a slew design and hardware upgrades, including a stainless steel metal frame, waterproofing abilities, along with the newest Qualcomm Snapdragon processor.

Under the hood, the Xiaomi Mi 6 gets powered by the latest Snapdragon 835 octa-core processor which uses the 10nm platform and has a maximum clock speed of 2.45GHz. The processor also gets bundled with Adreno 540 graphics processing unit, claimed to offer 25 percent improved performance over last year’s Adreno 530. Besides, there’s 6GB of RAM onboard.

During the launch event, Lei Jun, Founder, and CEO, Xiaomi, claimed that the smartphone offers better graphics performance compared to the iPhone 7. He also notes that the handset scored more than the Samsung Galaxy S8 in AnTuTu.

As far as storage goes, the smartphone is offered in 64GB and 128GB storage options.

In terms of battery, the smartphone gets juiced by a 3350mAh battery, apparently larger than the one found on the Galaxy S8, iPhone 7, or the Huawei P10. The company says that the battery can easily last an entire day, thanks to hardware and software optimizations.

Other key features on the Mi6 include 2×2 dual WiFi technology for improved connectivity. It’s also worth pointing out that the new Mi 6 does not get a headphone jack. Instead, it gets the latest USB-Type C connectivity. Other connectivity features include Bluetooth 5.0, NFC, along with dual-SIM capabilities.

The smartphone is offered in Silver, Black, and Blue color options. The 64GB variant of the Xiaomi Mi 6 gets a price tag of around $360, while the 128GB variant of the smartphone is priced at around $420. Xiaomi also announced a Silver Edition of the Mi 6 which sports four-sided 3D curves coupled with an ultra reflective mirror finish. The company says the Silver Edition sports an entirely different look and feel.