The Vivo V5s is the refreshed version of last year’s Vivo V5. And just like its predecessor, the highlight of the phone is its whopping 20MP selfie camera. It has a feature which company calls as ‘moonlight glow‘ – which is supposed to make selfies look bright and vivid, especially if you’re in dimly-lit conditions. The Vivo V5s also gets overhauled in the design department, and sports more of an iPhone 7-like design.

We’ve been using the device for around a week now. Let’s see if the phone is truly capable of belting out some really good selfies. More importantly, is it worth the rather hefty Rs. 18,990. 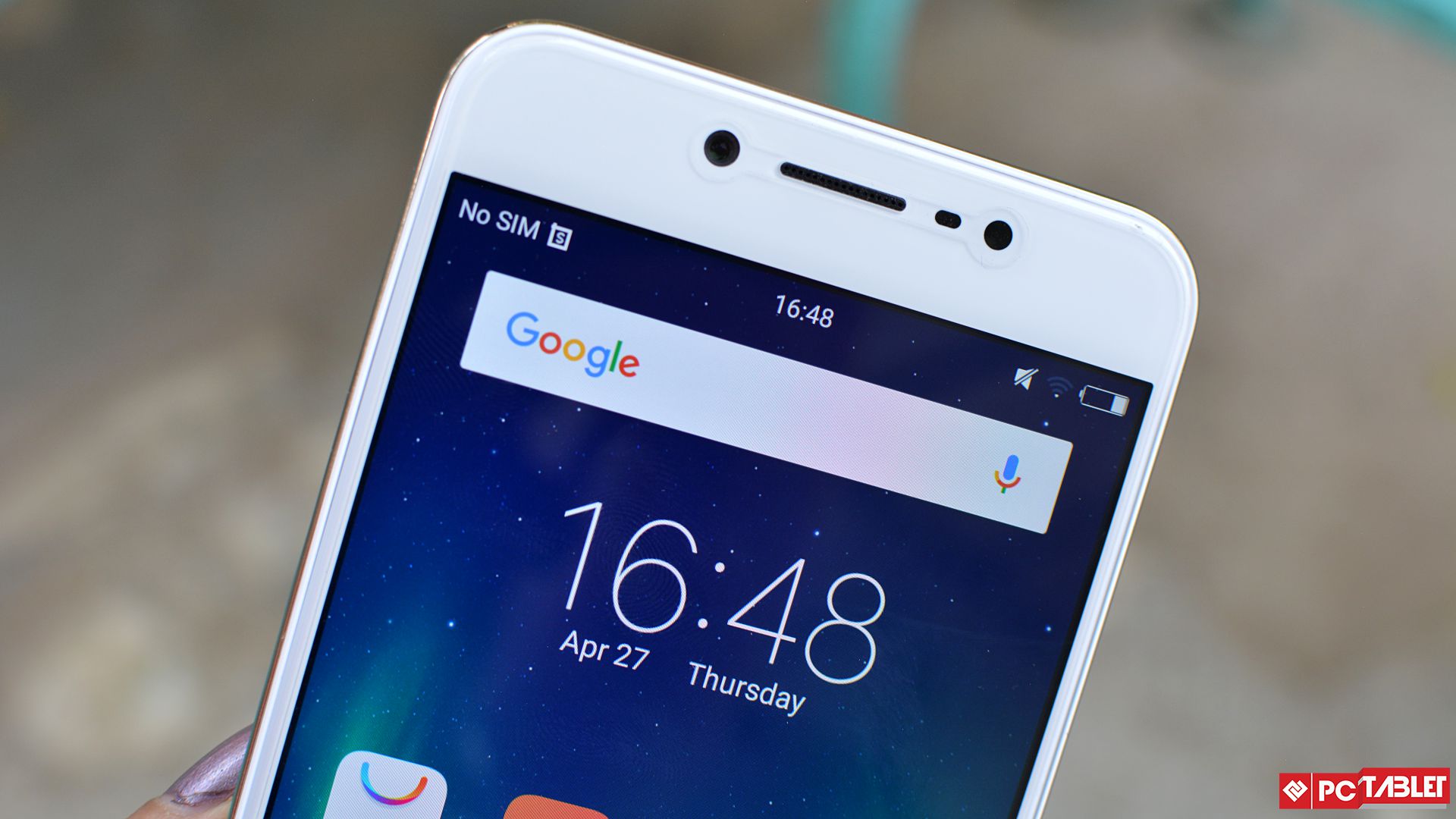 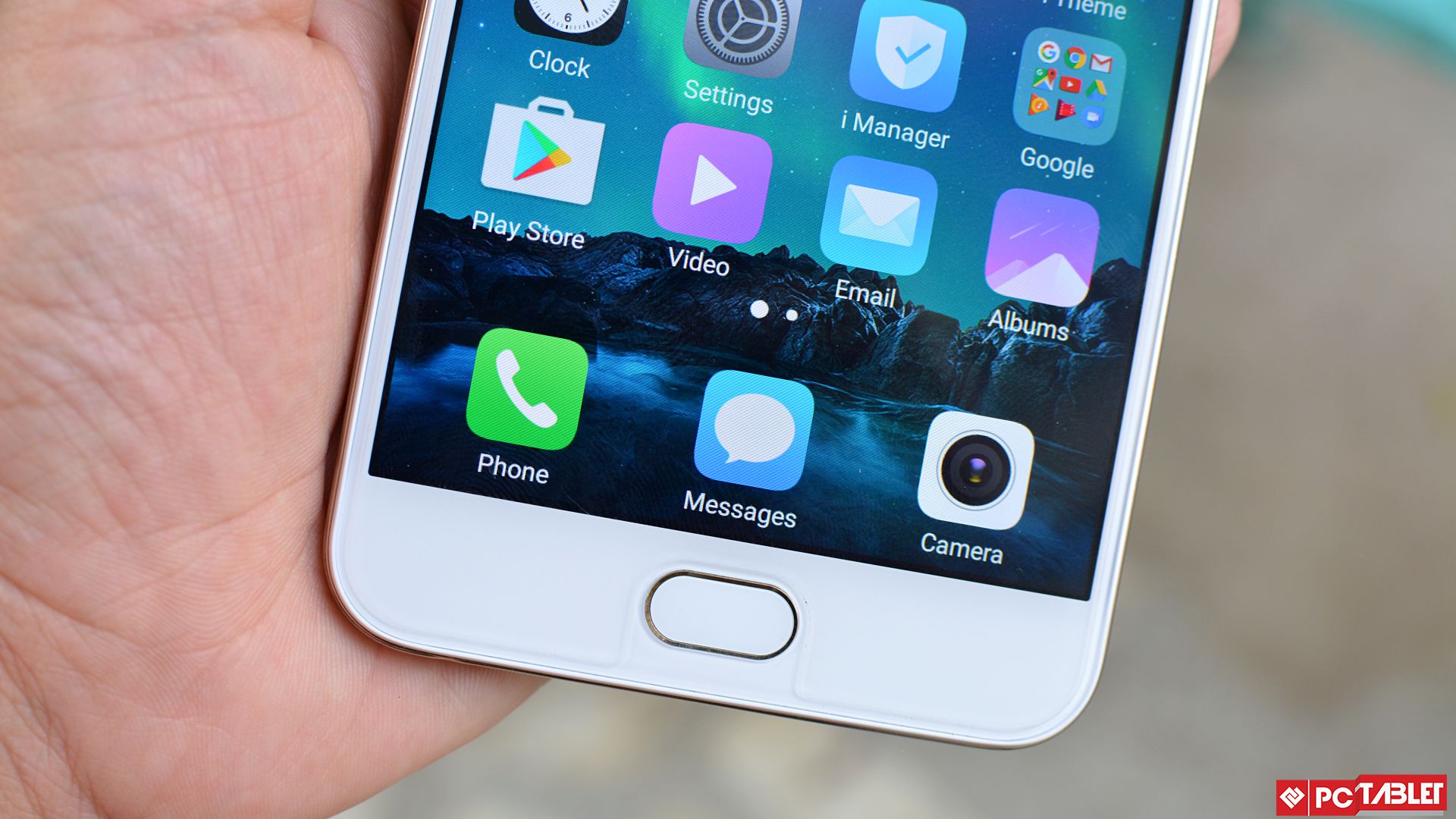 As already mentioned, the new Vivo V5s’ design is heavily inspired by the iPhone 7. One can call it a blatant iPhone 7 rip-off, especially the back of the phone. As you can see similar antenna lines, that awkward camera hump, the placement of the LED flash – everything reminds you of the iPhone 7.

Apart from being an iPhone look-alike, the phone does manage to exude that premium look and feel. It’s easy to hold and feels nice in the hand. Besides, its sleek form factor makes it easy to operate it with one hand. However, the metallic back tends to get a bit slippery. The volume rockers and the power button are housed on the right edge and are easy to access while the 3.5mm jack and the USB port are placed at the bottom.

The front houses a 2.5D curved glass, a capacitive home button integrated with the fingerprint scanner. Overall, there’s not a lot to complain about the phone’s design, apart from the lack of originality on the part of the manufacturer. At the end of the day, it looks like any typical 5.5-inch phone. 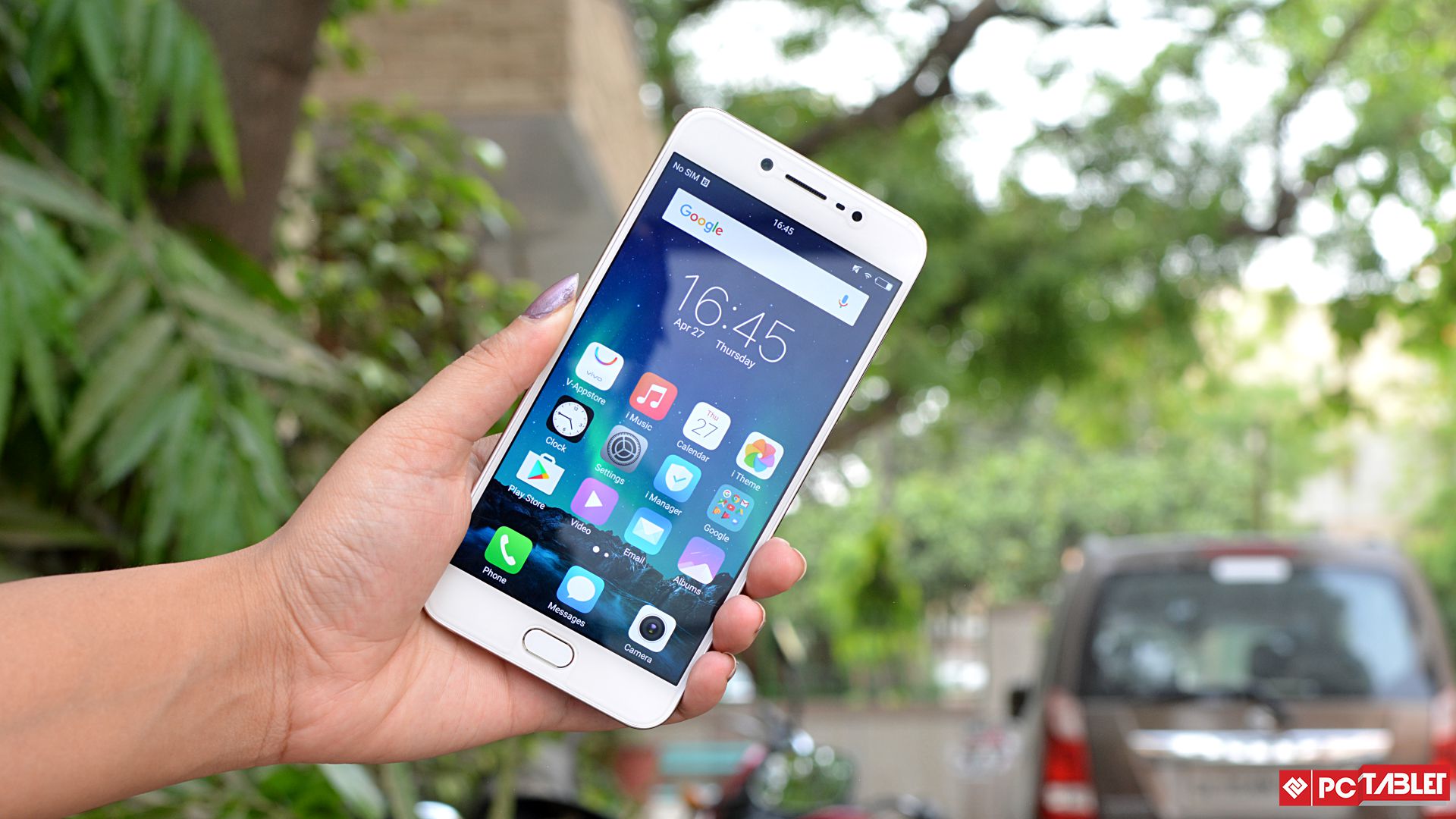 The Vivo 5S sadly gets the same 5.5-inch IPS LCD display as its predecessor. Given the phone’s 18,990 price tag, it certainly calls for a Full HD. That said, there’s nothing wrong with the phone’s 720p display either. Colors look good and the screen can deliver a decent amount of details. But then again, the overall sharpness and brightness levels aren’t really up there to match the likes of Moto G5 Plus or the Redmi Note 4. which apparently cost less than the V5s. 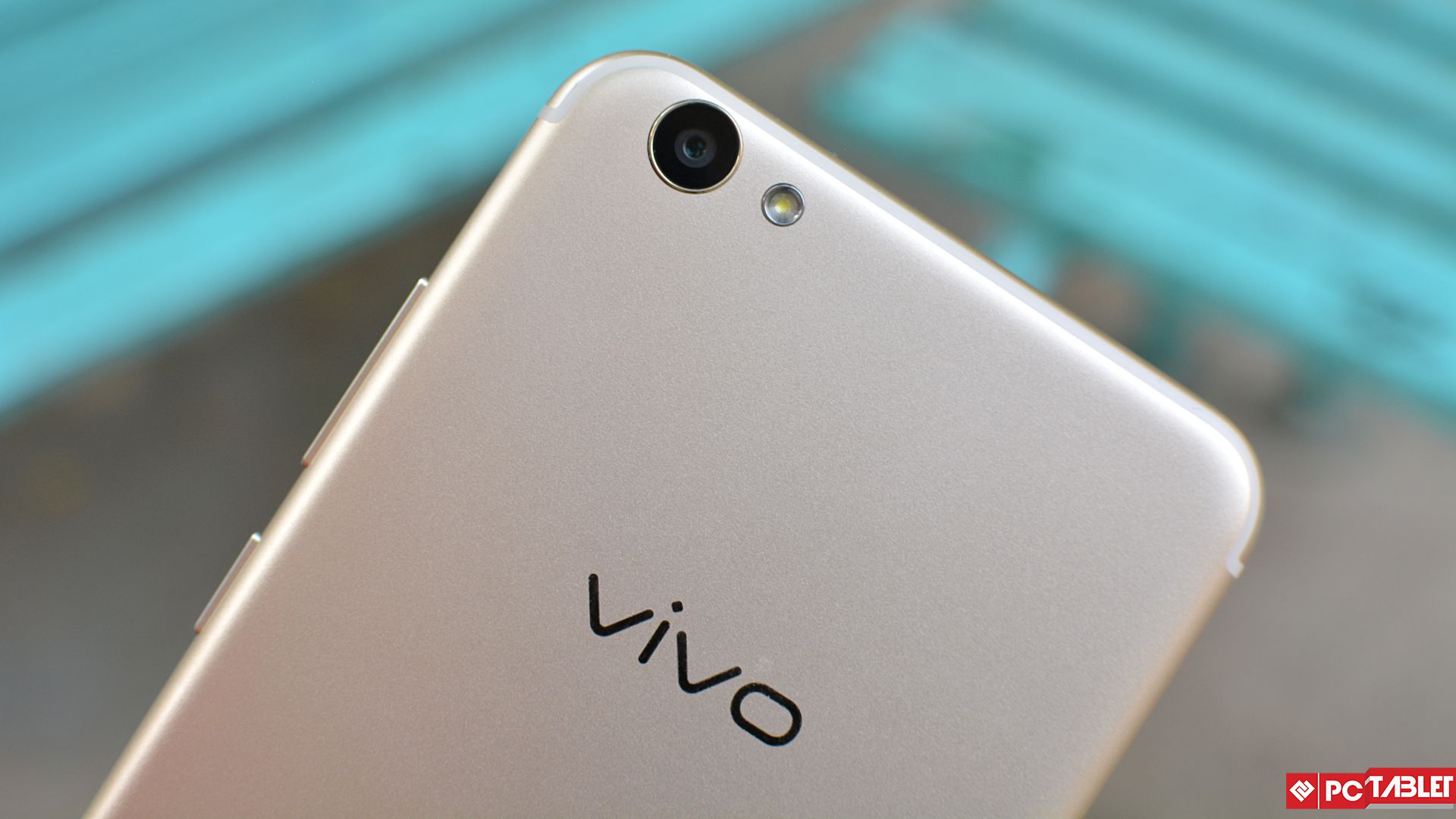 Here again, there aren’t any noticeable upgrades. The Vivo V5s gets the same 1.8GHz octa-core MediaTek MT6750 processor bundled with 4GB of RAM of its earlier model. That said, the overall performance in terms of everyday usage won’t leave you complaining. The smartphone can handle most tasks with ease – be it multitasking, web browsing, or while watching HD videos. Even graphically intensive games like Asphalt Nitro and ran well for the most part. But there were noticeable lags while navigating around the game’s menu screen. Graphics also appear pixelated but the overall gameplay experience was just about fine. Though casual games like Candy Crush and Subway Surfer ran pretty smooth.

Even graphically intensive games like Asphalt Nitro and ran well for the most part. But there were noticeable lags while navigating around the game’s menu screen. Graphics also appear pixelated but the overall gameplay experience was just about fine. Clearly, the hardware onboard isn’t meant to run high-end games. Though casual games like Candy Crush and Subway Surfer ran pretty smooth. 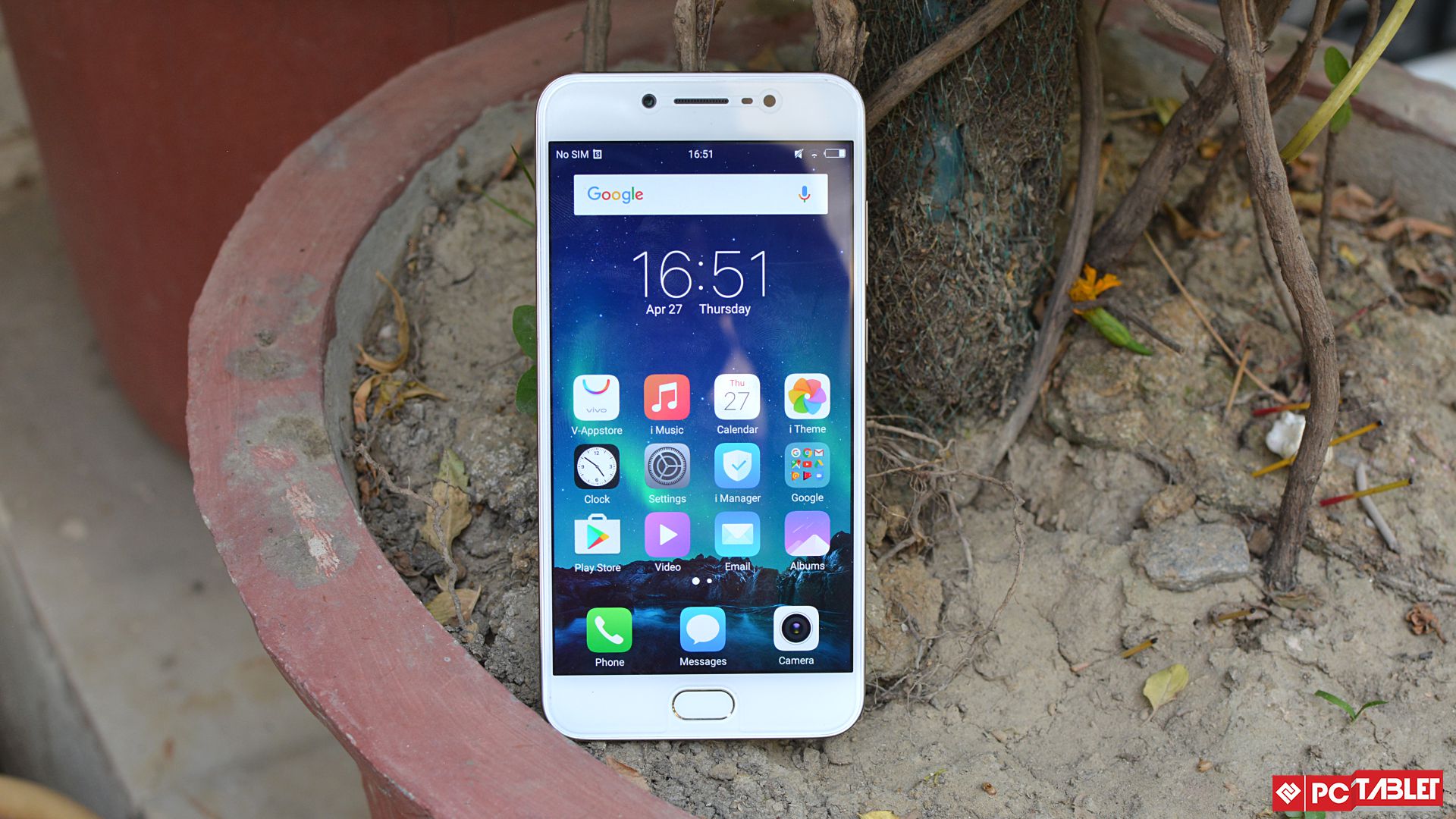 In our synthetic benchmark tests, the smartphone managed an Antutu score of 41966 points. In GeekBench 4, the Vivo 5s pulled off single and multi-core scores of 608 and 2515 respectively.

The Vivo V5s also comes with a fingerprint scanner that doubles as a Home Button. It’s fast, responsive, and in my experience unlocks the device in less than a second. But in the process, it takes away the feel of the Home button. Something just doesn’t feel right about the phone’s Home button. 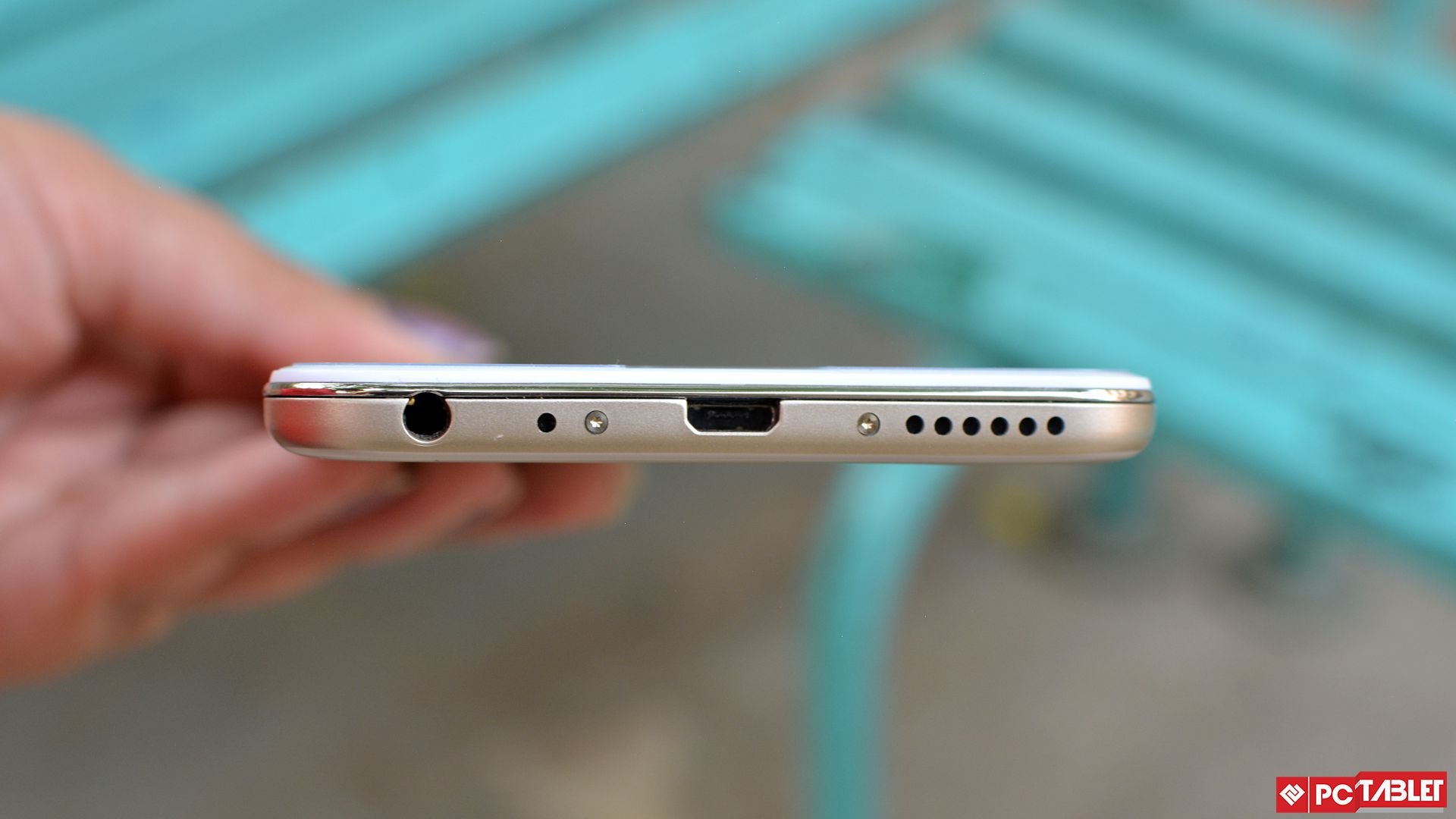 The company has also added a built in DAC that offers a top-notch music listening experience. Just make sure you have a good pair of headphones, and the overall sound quality is pretty impressive for a device in this price range. That said, the sound coming out of the phone’s speaker was not too clear, despite being loud.

Connectivity options on the phone include 4G LTE, dual SIM slots, Wi-Fi, Bluetooth 4.0, GPS, microUSB, along with a 3.5mm jack. 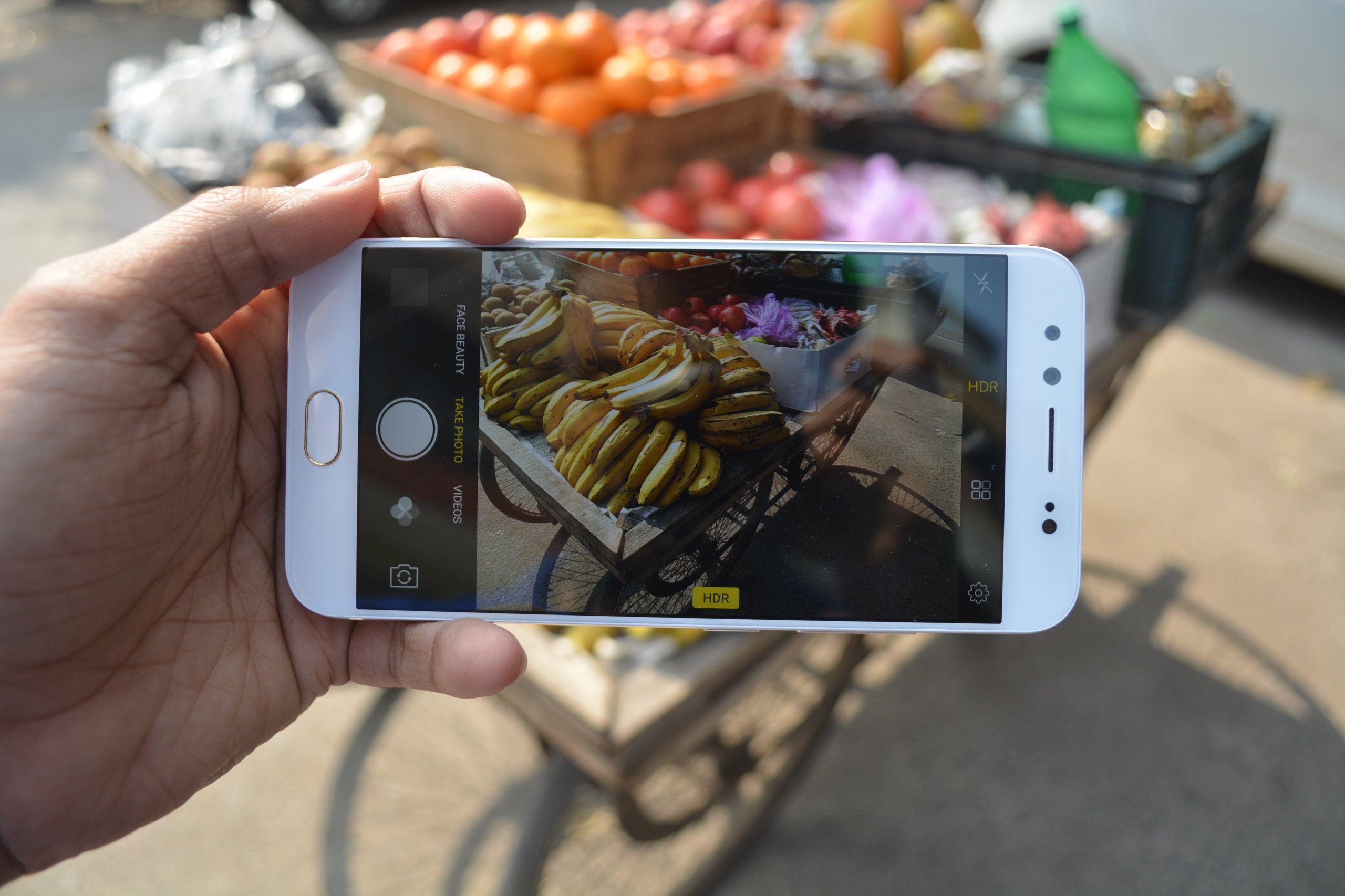 Being a selfie focussed phone, the highlight of the Vivo V5s is its 20MP front-facing camera with Moonlight flash. And it does work as advertised. The phone does not disappoint when it comes to taking selfies. It takes selfies like a pro, as selfies captured look crisp and detailed, especially shots captured in broad daylight and well-lit conditions offer plenty of details to gawk at.

Besides, you can also trigger the built-in FaceBeauty Mode to get rid of those blemishes or black spots on the skin. Though, it does take away the natural look and skin tone. Just make sure you go easy on the Beauty mode. 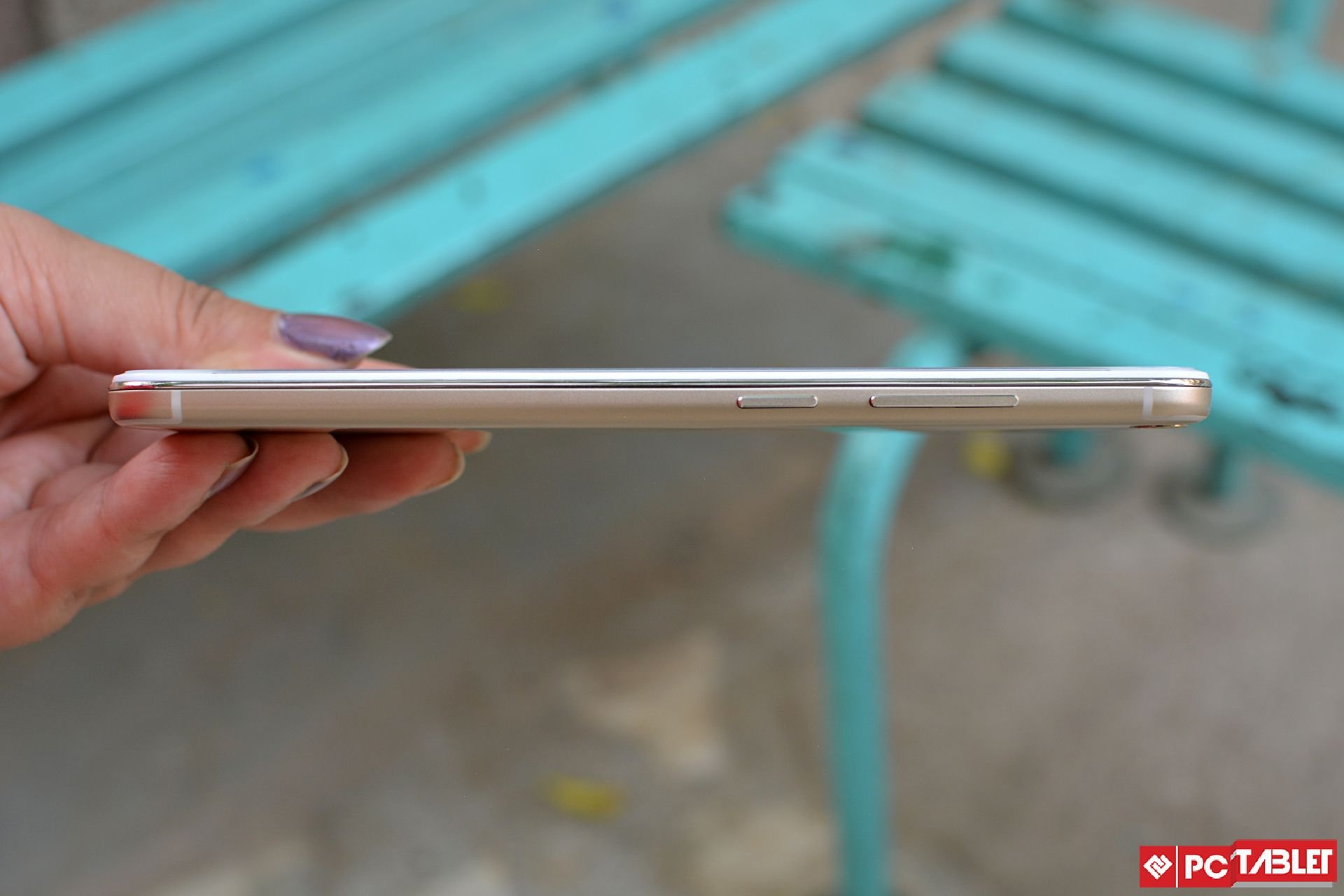 That said, selfies taken indoors or in dimly-lit conditions do not appear as crisp and detailed. Noise levels start creeping in and images taken suffer from a loss in detail.

On the back, the Vivo V5s sports a 13MP primary camera with Phase Detection Auto Focus and LED flash. Shots taken in well-lit conditions look great and appear satisfactory for the most part. Colors look nicely saturated and images pack plenty of detail.

But here again, shots captured indoors leave a lot to be desired. As indoor shots clearly lack detail with noise levels creeping all over the place. In some cases, photos shot in low-light are barely usable.

Overall, the Vivo V5s packs a solid set of cameras. And as long as there’s sufficient light around, both front and rear cameras can churn out some clean, crisp and detailed photos.

Juicing up the Vivo V5s is a 3000mAh battery with Fast Charging support. The phone can easily last an entire day of normal usage which involved taking photos, WhatsApp, Skype, and some gaming. Besides, you can trigger the power saving mode which gives you an extra hour or two of battery life. 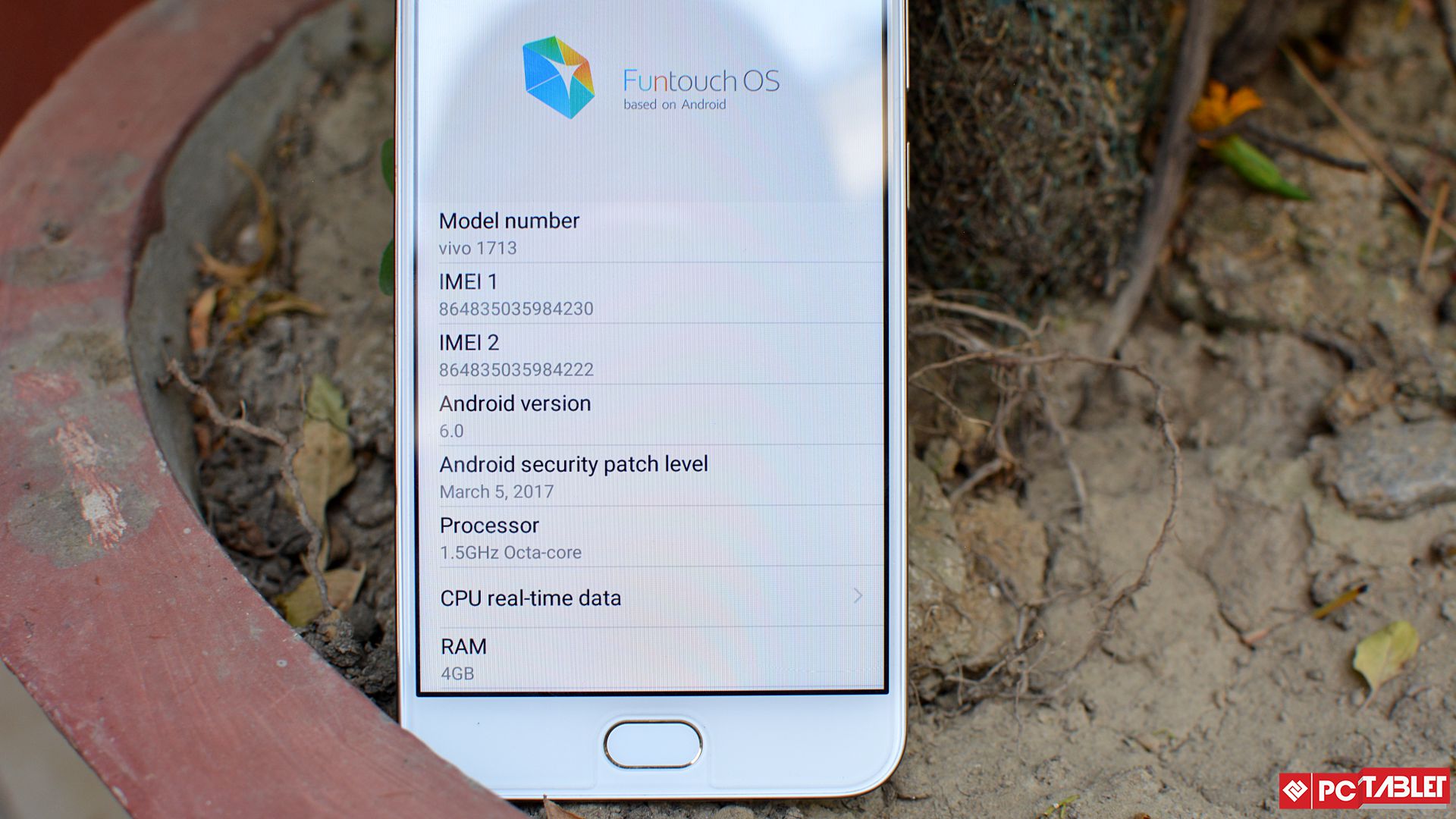 The dual-SIM Vivo V5s runs Android Marshmallow wrapped over the company’s FunTouch OS. As with the most Chinese smartphones, you get an iOS-inspired layout with no app drawer. The icons, the control center, the wallpapers, everything is a blatant copy of iOS 10. All apps are housed within multiple home screens. A pull down from the top shows the Notifications panel while swiping up allows quick access to Wi-Fi, flashlight, auto-rotate, screen lock, and more.

I did like a couple of features, but others seemed pointless. For instance, the Smart Split multitasking feature comes in real handy and offers a smooth and lag-free experience. Though, it’s only limited to supported apps.

However, the Settings Menu was quite baffling at first. As its rather hard to figure out where you need to go to tweak any phone setting. Put simply, the overall experience was quite a hit n miss. Some features appear really useful while others are outright confusing.

Apart from the oft-confusing user interface, the software feels light and snappy, and I did not come across any lags while navigating around the phone’s screen. But a stock Android interface would certainly have been the way to go here. 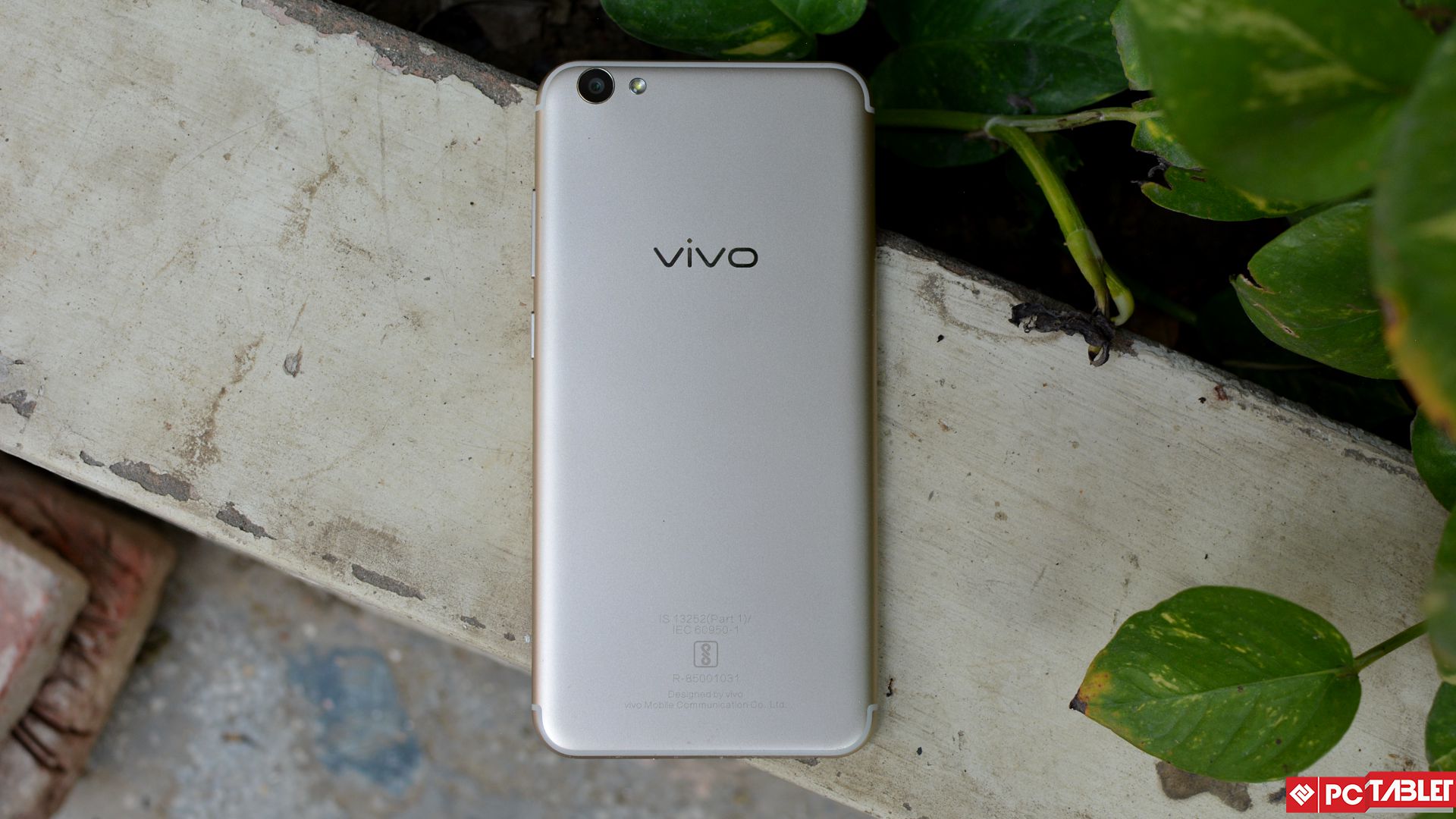 But then again, the company has made a few compromises to focus on the phone’s 20MP selfie camera. For instance, the lower mid-range MediaTek processor or the lack of a Full HD screen certainly takes away a lot of brownie points.

However, all those nuances can be put aside as the Vivo V5s does not disappoint when it comes to takes selfies. The smartphone is now available to buy for Rs. 19,000 via both online and physical stores.