We are in an era where you can do anything with a smartphone but some of the Chinese brands still making smartphones to fulfill only one of your need whether its power, battery or camera. Vivo recently released a smartphone to attract all the selfie lovers by adding a dual camera setup on the front with LED flash. Vivo tried this before with its Vivo V5 which is also a selfie-centric smartphone. Dual camera setup on the front is world first ever on Vivo V5 Plus and let’s see if this smartphone is worth the shot.

Chinese brands always try to borrow design from flagship smartphones like Apple, Vivo V5 plus look pretty much like other Chinese smartphones from the front and iPhone 7 from the back. The front panel has the white color with the 5.5 inches IPS Full HD display and home button with fingerprint sensor along with two capacitive touch keys. And above the screen is the USP of the smartphone; the dual front facing camera with LED flash.

Vivo V5 Plus got some shiny chamfer around the edges, the power button and volume rocker are placed on the right. Loudspeaker, Microphone and USB port is placed on the bottom edge, while the dual SIM card tray is on the left side of the phone. On the back you can see the same design as you saw on iPhone 7 except there is Vivo branding here, even the camera placement is same as in iPhone 7.

The phone fits perfect in hands, but the phone does not have full curves on the edges like iPhone which make disappoint some people who like full curved edges. Overall, the design is pretty straightforward and mainstream; there is nothing new about it which can make it stand out from other Chinese smartphones with a home button. 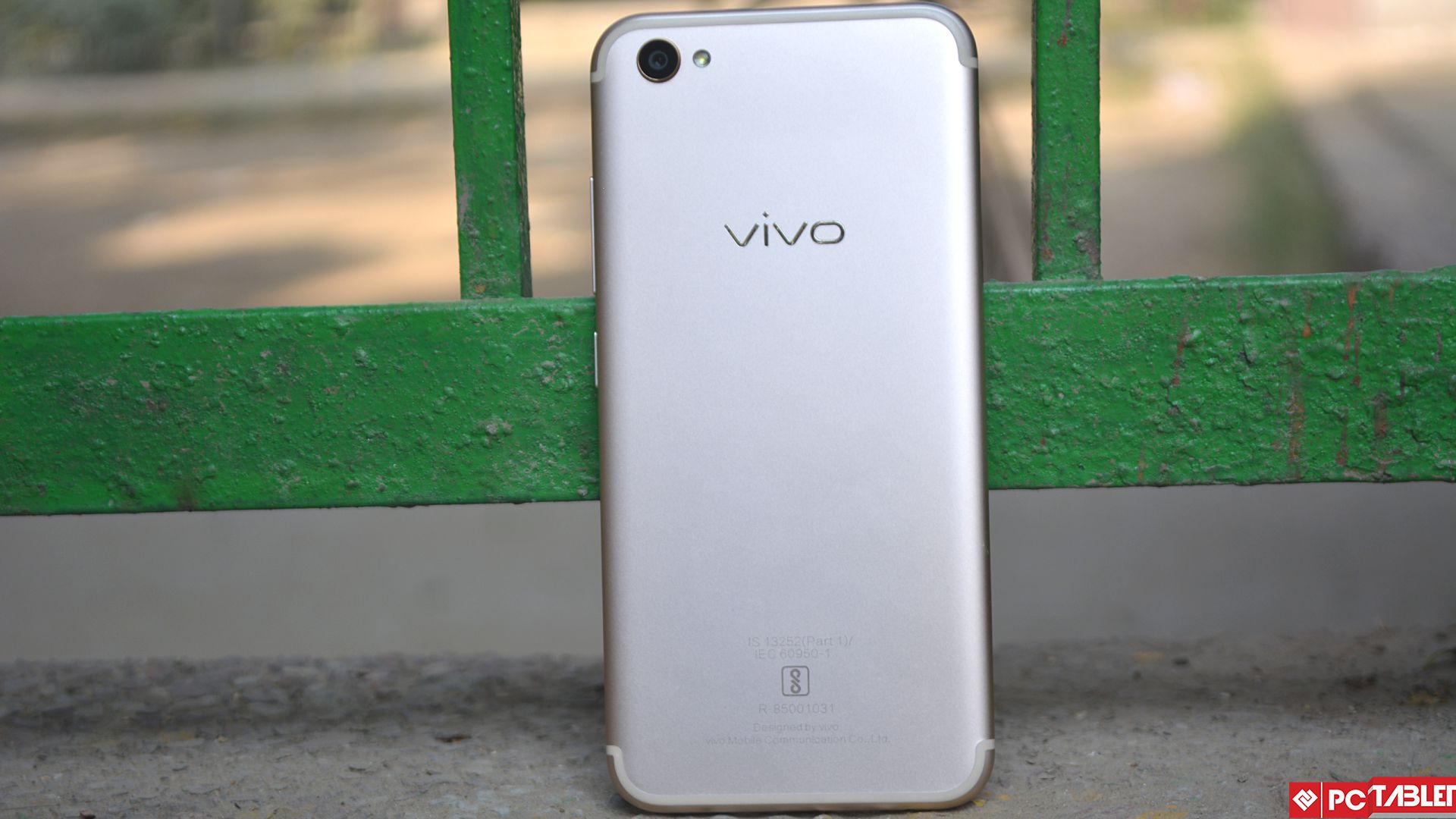 I haven’t seen a phone box this much bigger since Nokia feature phones. So, the box is big and opens like a sweet box only there is much more delightful treat inside. First is the smartphone inside the box and then lifting the flap reveals two more boxes. One of the box includes the wall charger, data cable, and earphones while the other box holds a clear case, a screen guard, SIM card tray ejector, quick start guide and a warranty document.

Vivo V5 Plus is running on Android 6.0.1 Marshmallow out of the box with Funtouch OS 3.0 with a neat and simple user interface. If you are like me and can’t live without an app drawer, then you might get disappointed because Funtouch OS doesn’t support third party launcher. The Otherwise, the launcher is clean with a control center which can be accessed by swiping from the bottom edge.

Other than these, Funtouch OS comes with more features which you cannot find in stock Android 6.0 marshmallow OS. Features like the long screenshot, screen record and super saving mode are built in without installing a separate app from Google Play Store. The only thing that bugs me is that you have to hold the power button more than usual to bring up the power menu and you cannot install a third party launcher on Funtouch OS.

The camera app looks similar to all other selfie-centric smartphones, more like it’s older brother Vivo V5 which is also a selfie-centric smartphone. But Vivo took it to another level by installing a dual camera setup for selfies, one 20 MP and other 8 MP to create the bokeh effect in pictures. I’m not saying it just because the numbers are high in specs sheet, but the front facing camera is impressive! 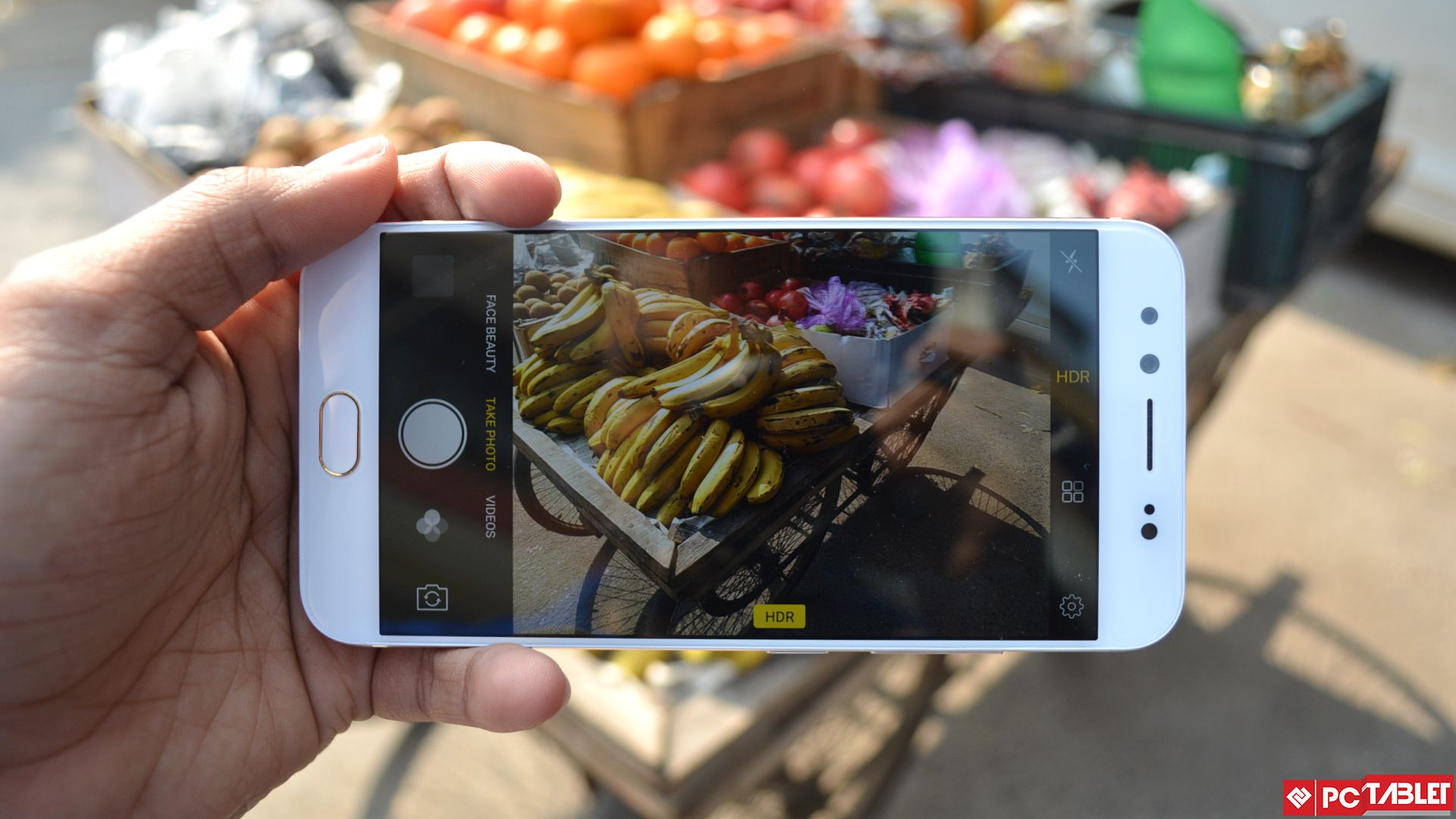 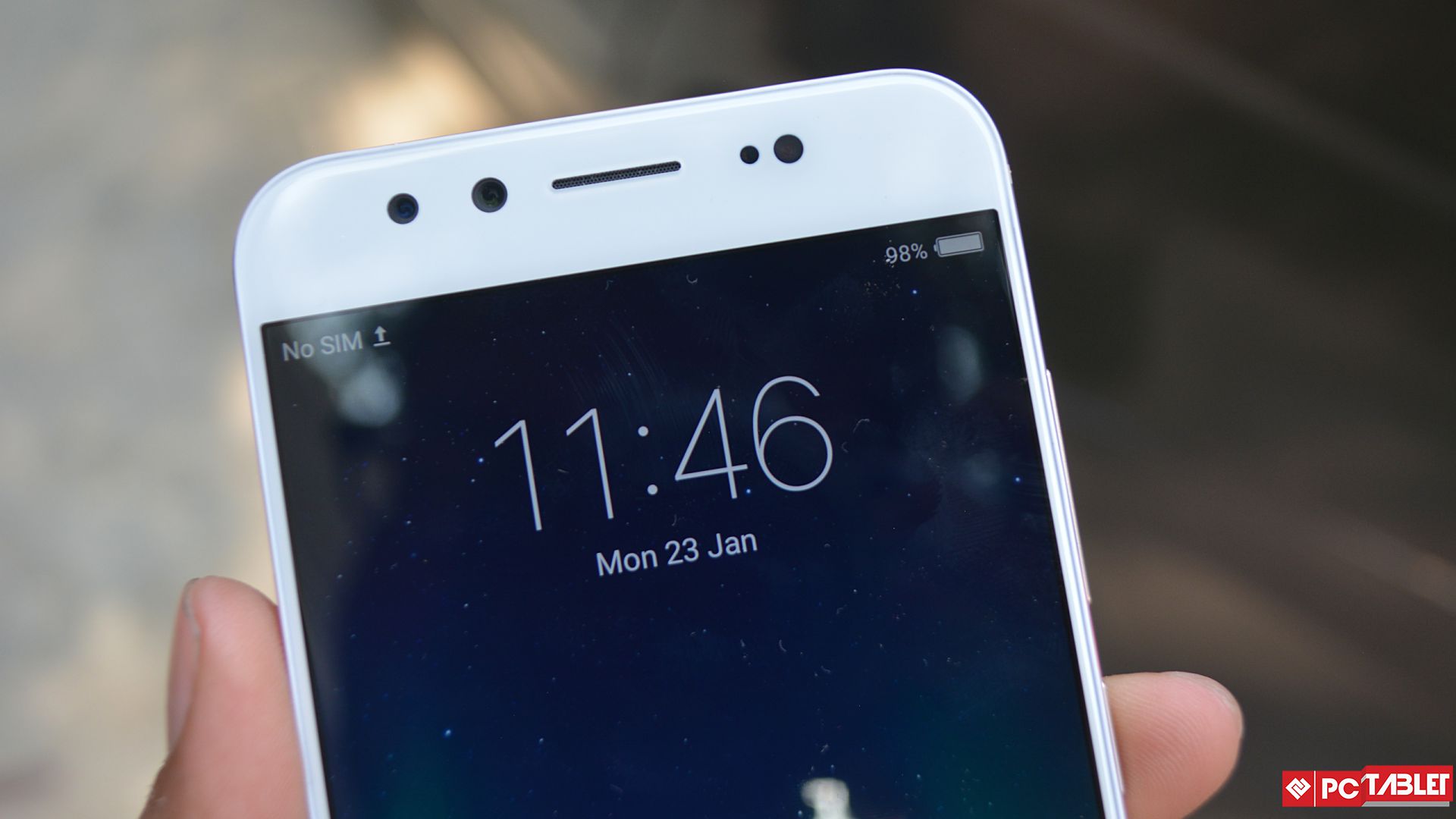 Thanks to Neha and Nikhil Chawla from Miss Bloggess & The Unbaised Blog for sharing amazing sample selfie with us!

To be honest, the rear camera is as mediocre as any other 16 MP camera stuck on any Chinese smartphone. You can get some good pictures from the rear camera but not in the way a Rs. 28,000 smartphone should give. 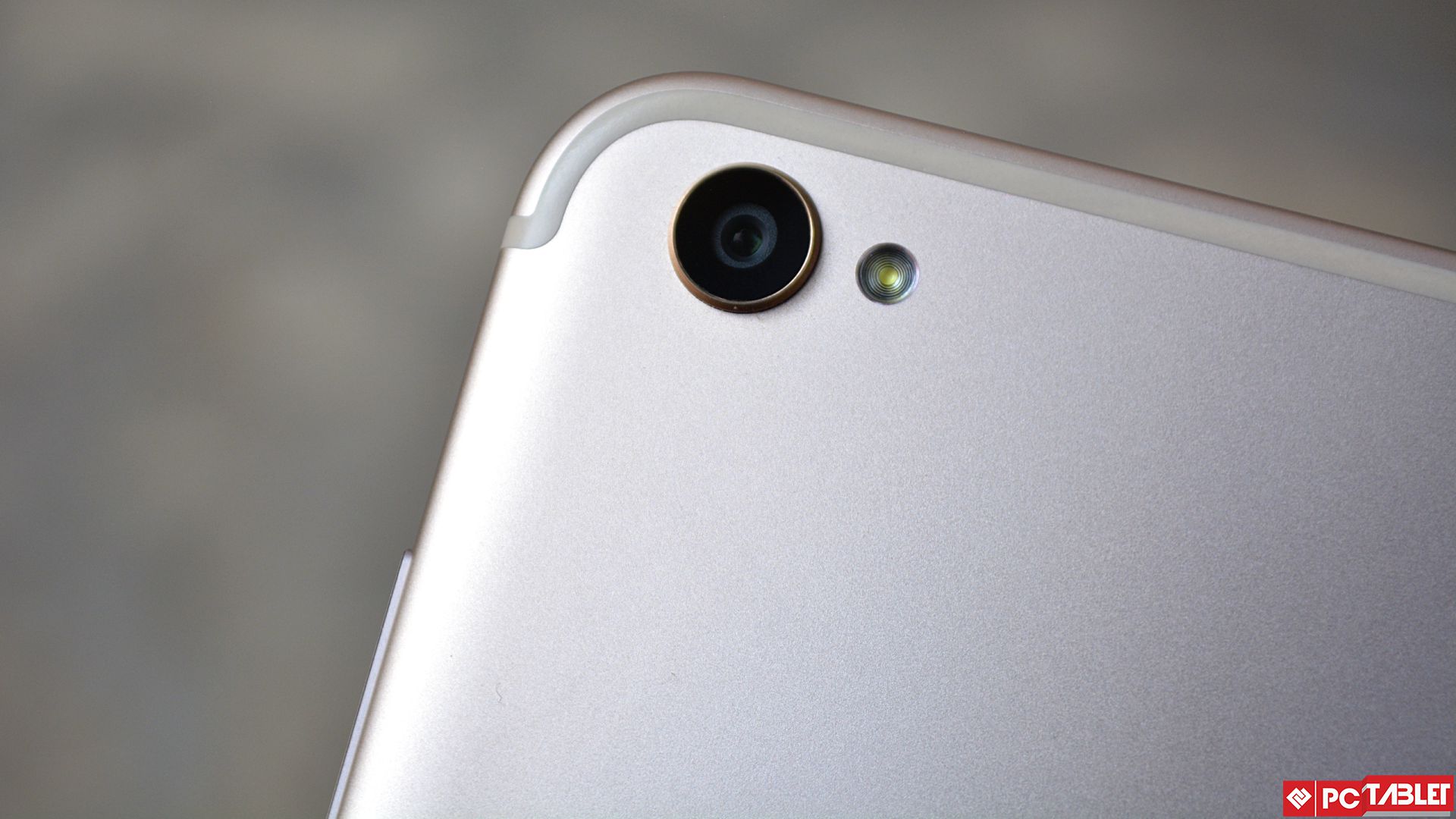 There is no dual flash and stabilization (no OIS or EIS) on rear camera which is a must while shooting 4K videos from a smartphone. Technically speaking, we didn’t see any detail in the pictures shot with this camera rear or front; the pixels smooth out reducing the effect of noise and pixelation it the pictures. So, overall the pictures are good, but if you need details in your photos captured, then you might have to think again for Vivo V5 Plus.

Vivo V5 Plus comes with the latest Qualcomm Snapdragon 625 octa-core processor paired with 4 GB RAM and Adreno 506 GPU. The combination of the hardware is good and also adopted by some of the other Chinese brands to power their smartphones. The performance of Vivo V5 Plus is really satisfying, there were no lags in games and switching to apps is as snappy as it should be. The Snapdragon 625 SoC is also battery friendly which means the battery lasts longer than usual.

Overall the performance is decent, and there was absolutely no lag or random loading issue in opening or switching apps. Vivo V5 Plus doesn’t disappoint us here as it did on camera section, it really did well on performance part. Let’s see how well it can do on some of the benchmark tests; Vivo V5 Plus scored 2968 on multicore and 835 on a single core. AnTuTu rewarded Vivo V5 Plus with a score of 63274which is better than Moto Z Play and Asus Zenfone 3. 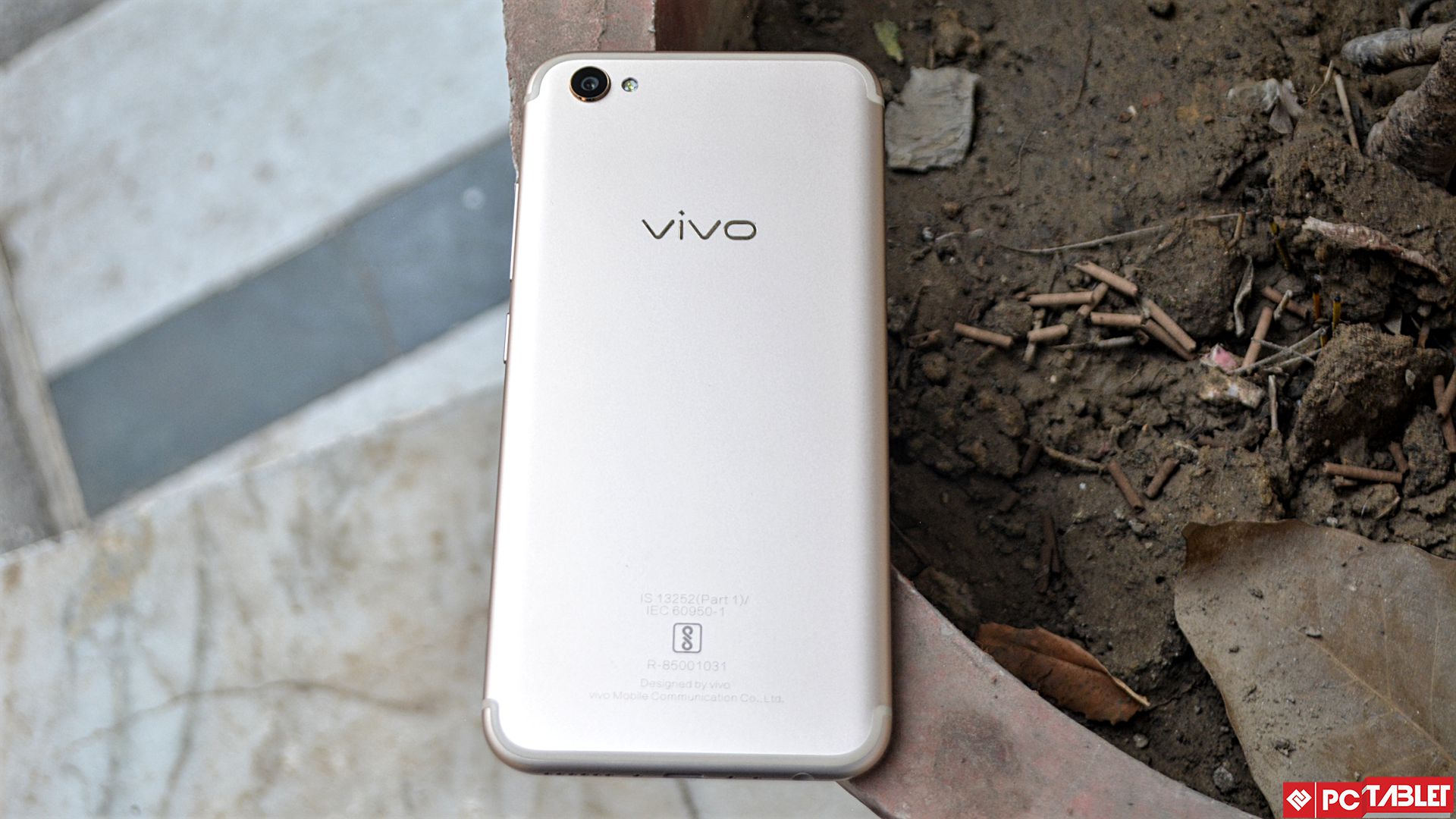 Here we are at the bottom and the line is that the Vivo V5 Plus smartphone will cost you about Rs. 28,000 which is a lot high if you just want a smartphone just for a selfie. You can buy a DSLR for you for that price which can capture pictures far more better than Vivo V5 Plus camera. There are more options with the same configuration (not camera) for much lower price which can be a good selfie shooter and you can use any photo editor to add that Bokeh effect.