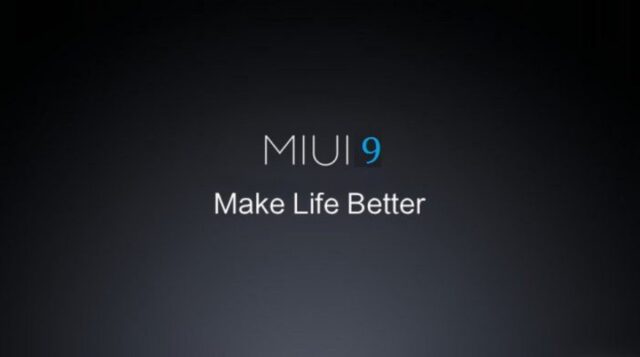 Xiaomi recently revealed its next version of MIUI with the release of Xiaomi Mi 5X in India. MIUI 9 global beta version is now available for some recent releases Xiaomi smartphones; Redmi Note 4, Redmi Note 4X and Mi 6. The second wave of MIUI 9 beta update will cover more smartphone but still not known when.

The smartphones for the second wave are; Mi Mix, Mi Note 2, Mi 5, Mi 5s, Mi 5s Plus, Mi Max 2, Mi Max, Redmi 4/4X. MIUI 9 is coming with lots of improvements and most importantly better performance regarding app launch speed and multitasking. The split screen mode is finally here, useful or not, Xiaomi users can now use two apps at the same time. There is an overhaul for the app launcher, and a new Smart Assistant is also a part of this update.

Well here is the full changelog which Xiaomi released for the MIUI 9 beta version 7.8.10. There will be Deep level system optimizations, new icons will be there and animations also been updated for launching and exiting apps. Home screen editing is new; the split screen is a handy new feature, volume button as an alert button, improved readability, and a full phone search.

How to update your eligible Xiaomi smartphone to MIUI 9 beta

This is not an OTA update, so you know you have to install this update manually to your smartphone. And by manually, you have to unlock the bootloader (only if you are running beta ROOM) first then only you will be flash this file on your Xiaomi smartphone. Well, steps are very easy, but you have to take special care because the manual update is always tricky.

2. Now, download the flashable file according to your smartphone from the MUI forum page here. Download the zip file, not with the XX.gz extension.

3. After downloading the file move it to your smartphone and place it in the root directory of the internal storage.

5. Choose the downloaded ROM zip file and tap on OK to install.