Chinese smartphone maker Xiaomi has finally rolled out the Nougat update for its Redmi Note 4 handset in India. The MIUI 8.5.4.0.NCFMIED version is based on Android 7.0 Nougat, and notably, this MIUI is a beta version for the testing, and its stable version is expected to be rolled out soon after the testing is complete. 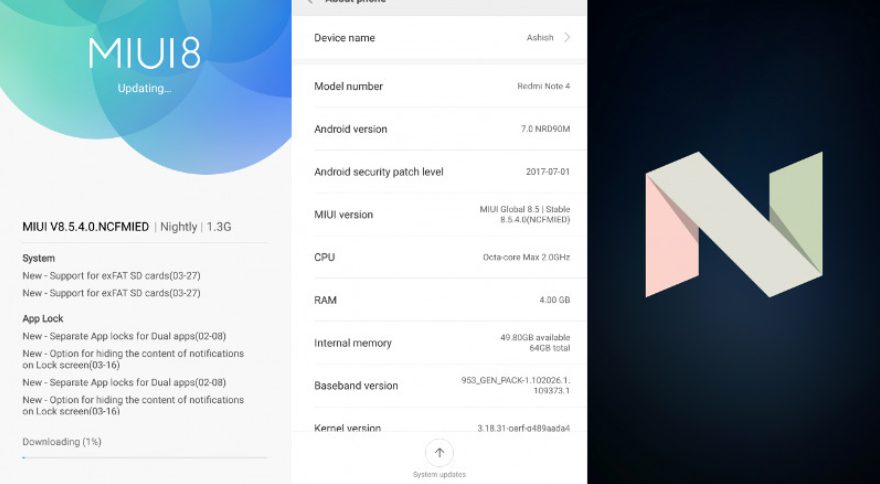 The company official forum also mentions that the update will be through OTA only and will be with/without Changelog. On the other hand, the site also states that, if the sharing of ROM link and changelog is leaked by any user, then it will consider a violation and users can get banned for that. Moreover, the update size is around 1.3GB and must be downloaded on the stable network connection.

Nonetheless, this latest update does not opt for split screen feature, However its come with numerous new features which are as follows:

Further, the update also allows users to hide notification content on lock screen with Lock Screen password facility. To recall, Xiaomi has launched the Redmi Note 4 handset earlier this year with a price tag of INR 9999 and it featured with  Android 6.0 (Marshmallow) operating system with MIUI 8 on the top.