Tecno, the sub-brand of Transsion Holdings is back with another set of smartphones for the market. Just a few months back we had reviewed the Tecno Camon I Twin, which was more leaned towards the cameras while the new range is made for both camera and performance.

The newer Tecno Camon i2x sits under their flagship smartphone and is priced at INR 12,499. The comes with a set of dual rear cameras, massive battery and a 6.2-inch display with a notch, which is being added to Tecno smartphones for the first time.

We used the Camon i2x for a while and here are our findings.

Box design sports a simpler design. There is the Camon i2x branding on top. As soon as you lift the top part, you get the smartphone. Underneath lie the documentation and the supplied accessories.

Like previous Tecno smartphones, the construction here is also is done by plastic. The phone’s frame is carved out of high-quality plastic, while the back is made out clear polycarbonate, giving an illusion of glass. Underneath the clear polycarbonate is a shiny paint job that just gives a character to the smartphone. The build quality is satisfying and gives a quality feel.

The smartphone comes in Black and Blue color variants. The front of the smartphone is dominated by the 6.2-inch display with a notch, which is first we’ve seen on a Tecno smartphone. Just like many other smartphones sporting a notch, there is a big chin as well on the bottom. 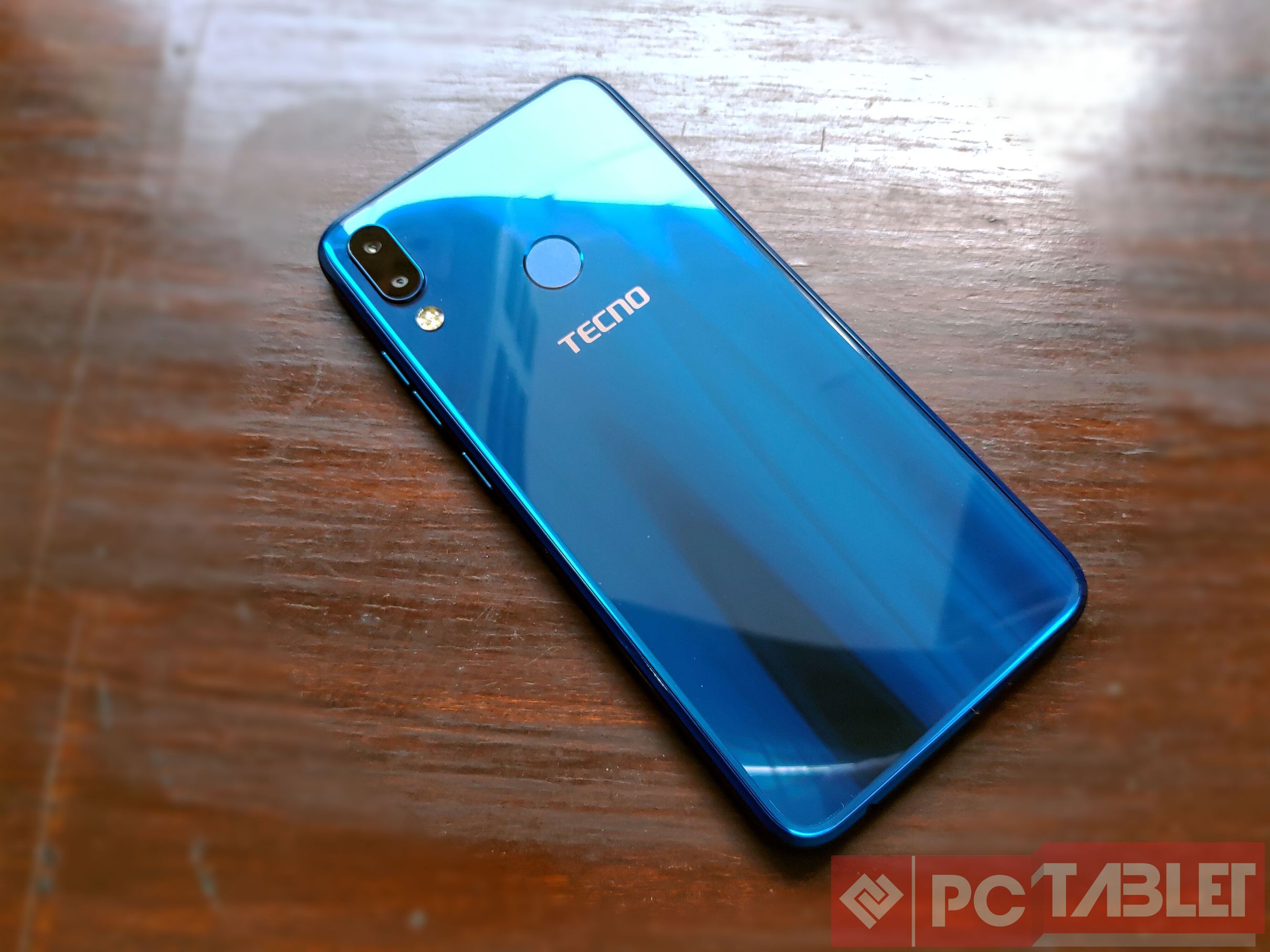 The notch is pretty sizeable and houses the facing camera along with soft LED Flash, earpiece and sensors. The back of the smartphone features a dual cameras setup assisted with quad LED Flash and a round fingerprint sensor placed in the center. The bottom of the phone houses the speaker grill, mircoUSB charging slot, and the 3.5mm audio jack. The volume rockers and the power button are placed on the right side while the SIM slot is on the left.

The Camon i2x features a trendy 6.2-inch 19:9 display with a resolution of 720 x 1500 pixels and a notch. The bezels around the display are very sizeable. The display used here is bright enough which helps in the outdoor visibility. Though the colors are punchy the text isn’t very sharp, that is due to the lower pixel count. 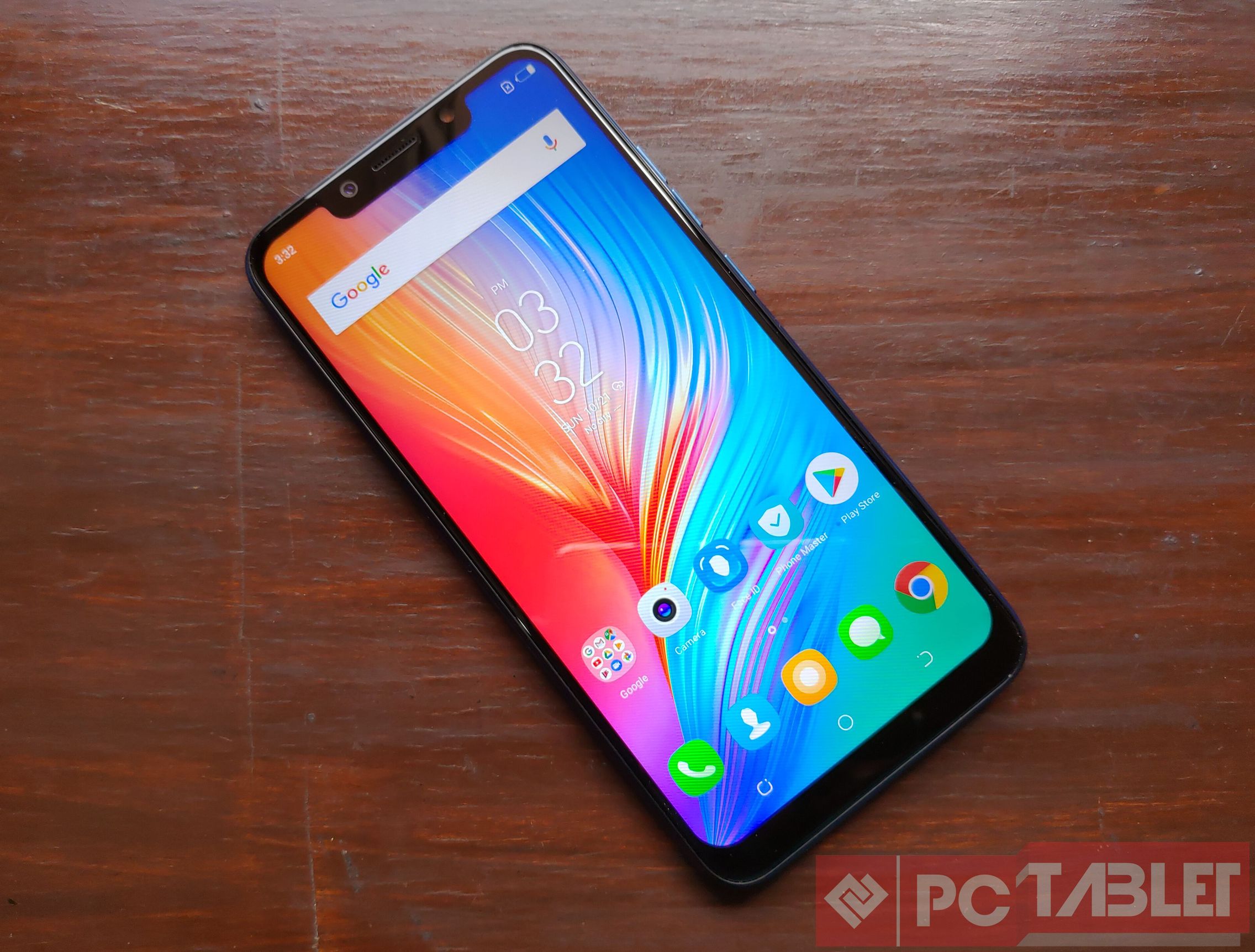 The display is ideal for media consumption and with good colors.

Tecno Camon i2x is powered by the MediaTek Helio P22 octa-core processor paired with 4GB RAM and 64GB storage. A bunch of smartphone manufacturers has lately started using this chipset due to the level of performance it provides along with the support for dual 4G VoLTE. In terms of performance, the P22 directly competes against the Snapdragon 625 and 450.

The Helio P22 being a mid-range is easily capable of pushing the smartphone through intensive usage. 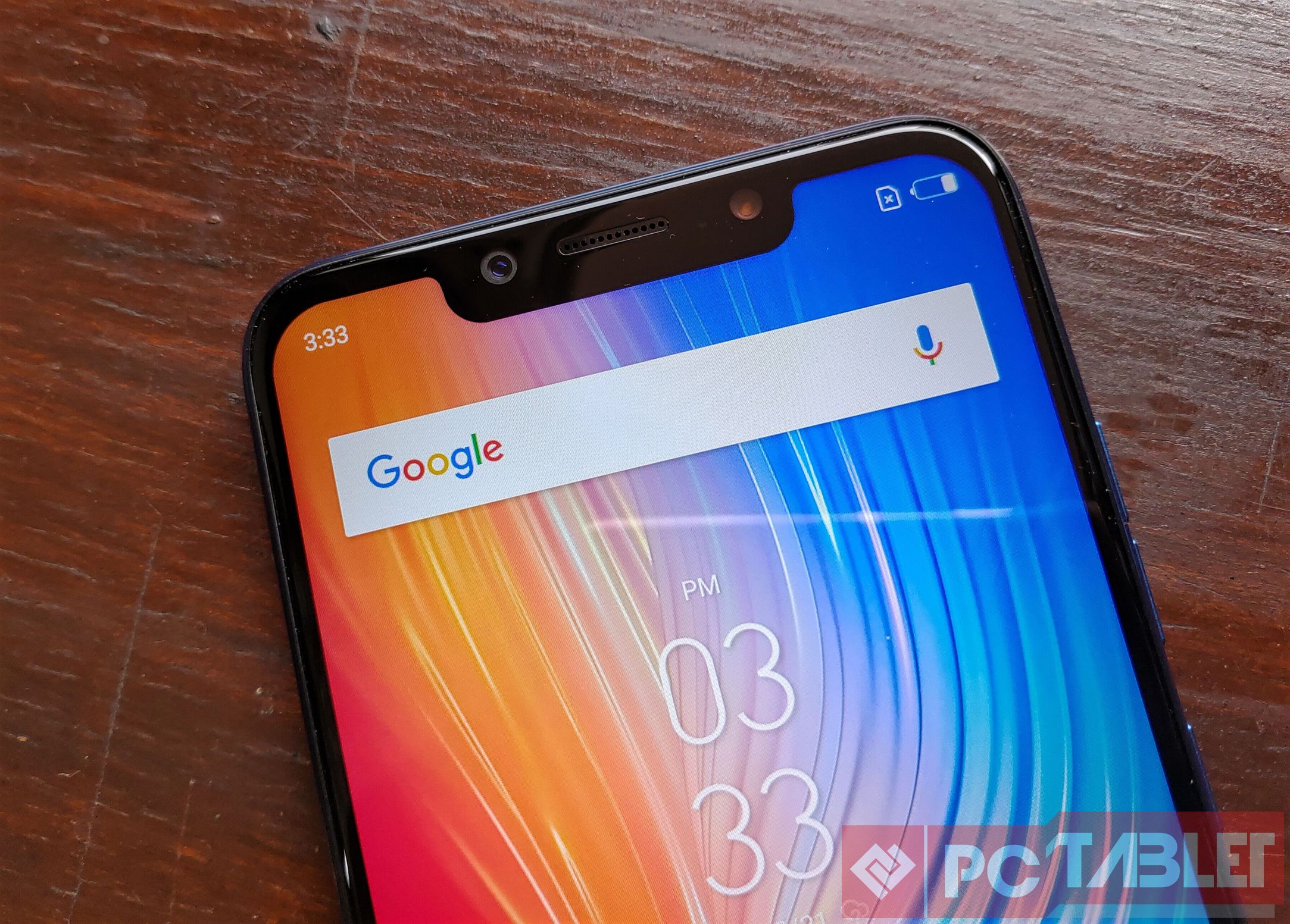 Coming to the software, the Tecno Camon i2x runs on Android 8.1 with the latest version of Tecno’s own custom skin HiOS 4. Unlike other custom skins, you get an app drawer in this UI. The phone comes pre-installed with apps like Facebook, WhatsApp, Messenger, PHX Browser etc. Now apps like Facebook and messenger can be deleted but the other ones cannot, so there’s a sizeable amount of bloatware here. 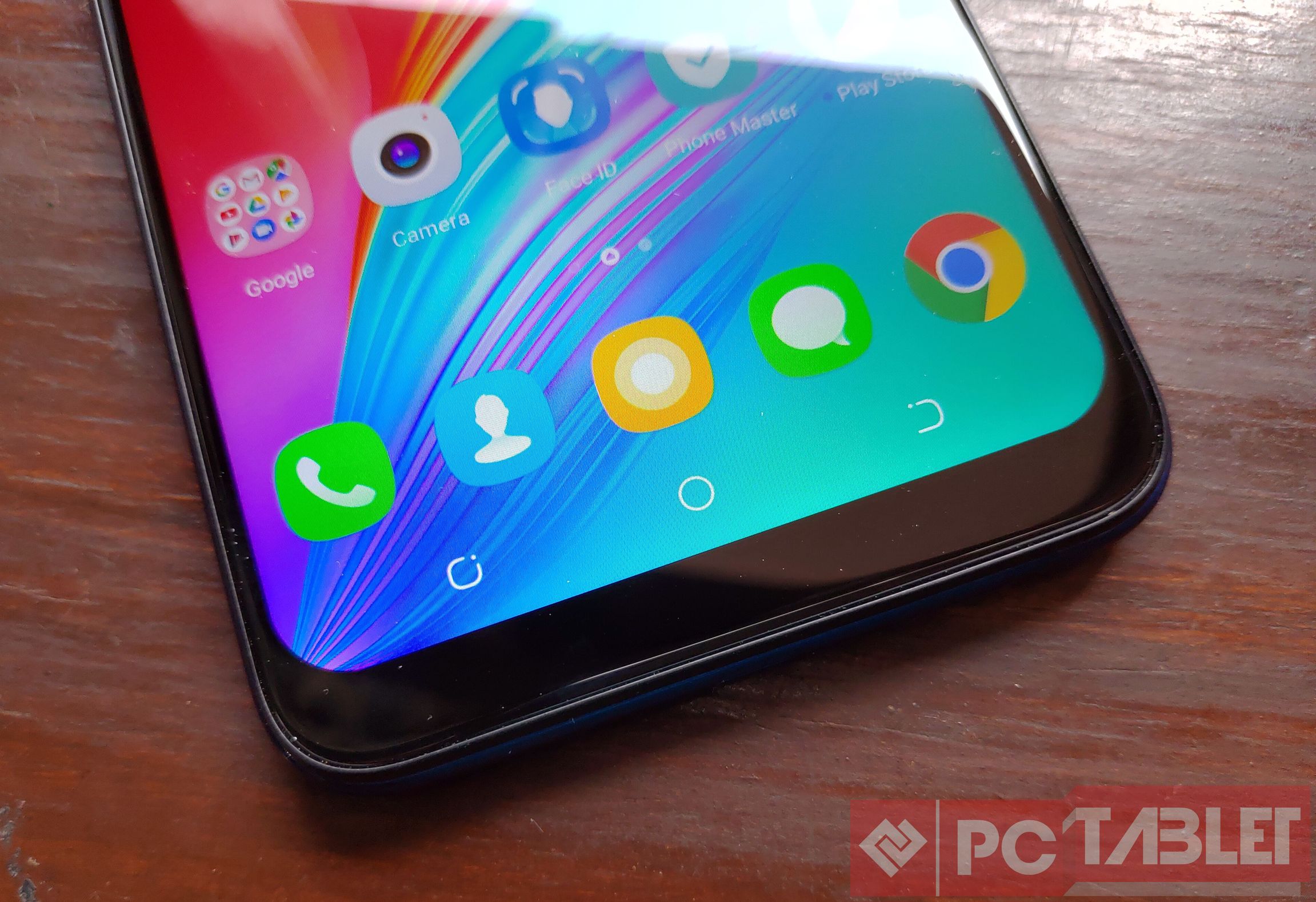 Just like other custom skins, HiOS comes with features like one-handed mode, screen recording, scrolling screenshots, 3-finger screenshot, and the ability to silence the phone by flipping it over. Face Unlock is also baked in here and feels much better than the ones found on the earlier generations of HiOS 4.

The Camon i2x comes with a set of dual rear cameras with the main camera being a 13-megapixel sensor with f/1.8 and a 5-megapixel camera with f/2.4 for better depth shots. Going by the current trend of adding ‘AI’ with the OS, Tecno has also implemented the same. There are plenty of options in the camera app relying on AI.

The camera UI is pretty simple with modes like video, photo, beauty, panorama, and portrait laid out neatly. There is a 16-megapixel selfie shooter on the front with f/2.0 aperture which is assisted with a soft LED Flash and AI Beauty mode. 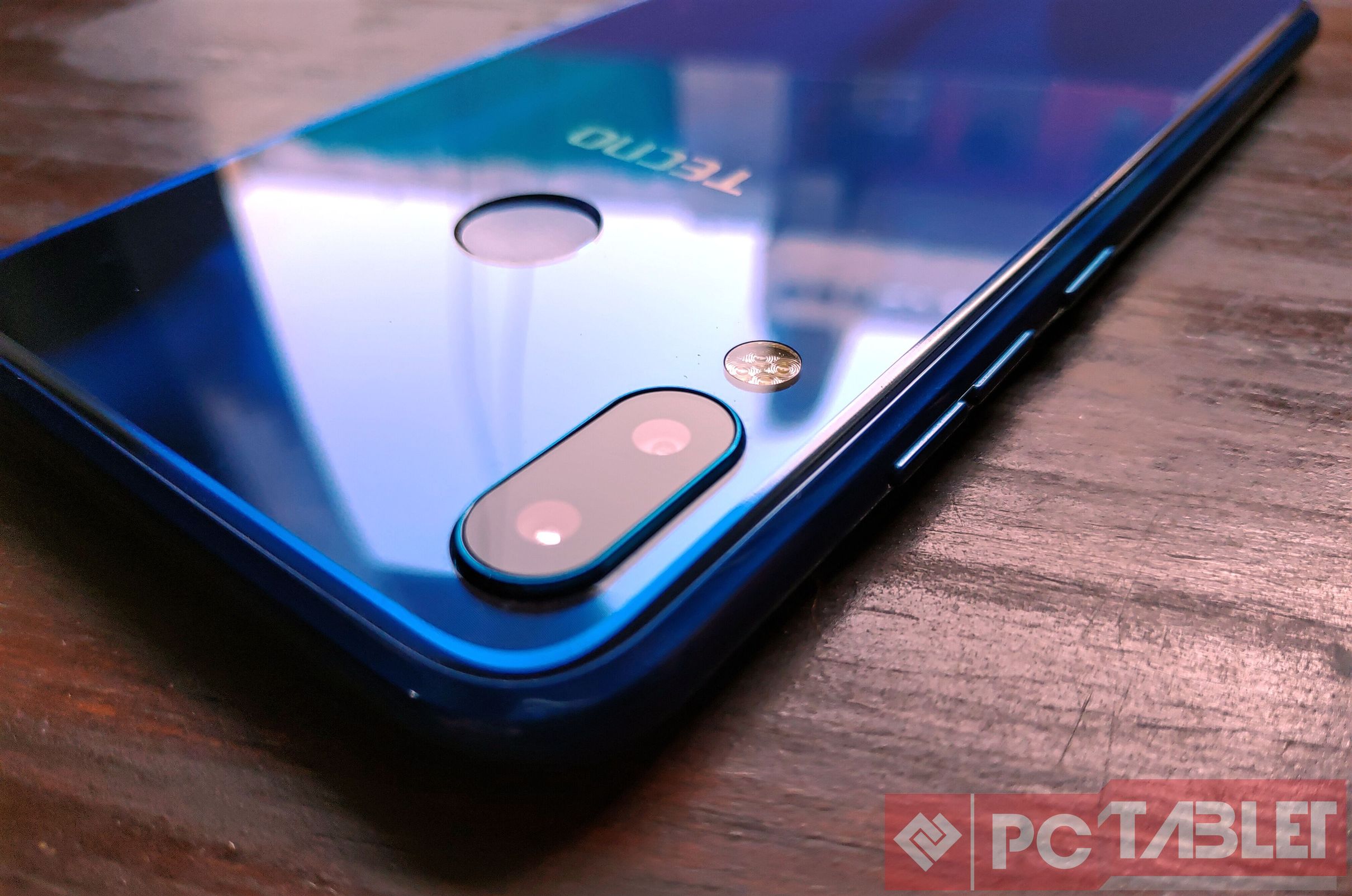 Talking about the camera quality, Shots taken in good lighting conditions contain a good amount of detail but the low light shots are just average, which is to be expected with a budget smartphone. The selfie shooter performs well and produces good portrait shot considering the price of the smartphone. The video capture via the rear camera is capped at 1080p with no image stabilization, making the videos shaky.

Talking about the battery, the Tecno Camon i2x packs in a sizeable 3,750 mAh battery which should easily last you a full day with moderate usage and about 25% battery still available. There is no sort of fast charging, so the battery takes close to 2 ½ hours to top up fully.

The Tecno Camon i2x brings a couple of firsts to the Tecno smartphones lineup, like the notch and AI features. We like the newer functional design and battery performance but at the same time, we were not impressed with the software. In our opinion, Tecno should experiment with Android One program.

Considering the price there are a lot of smartphones competing with the Camon i2x like the new Nokia 5.1 Plus, Realme 2/2 Pro, Infinix Note 5 just to name a few.