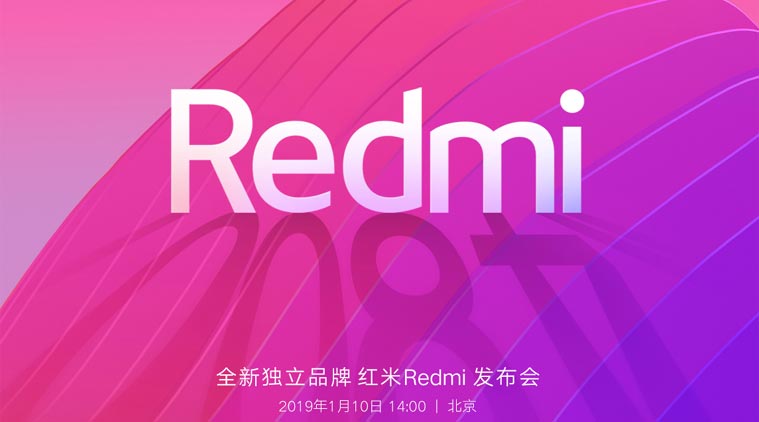 The Chinese giant Xiaomi has today come up with two major announcements. Following what Oppo did with Realme, Xiaomi too will be forming up Redmi as an independent brand. Furthermore, the company is planning to launch its first Redmi-branded smartphone, likely to be known as the Redmi 7.

Confirmed by CEO Lei Jun in a post on Weibo, Xiaomi will be separating its sub-brand Redmi to form a separate entity. From now onwards, Xiaomi will mainly focus on mid to high-end segments alongside new retail. On the other hand, the Redmi brand will focus on the ultimate price/performance ratio and will dominate the online presence. All this while still sharing most of the R&D facilities and manufacturing plants owned by the parent company.

No, it is not the first time we sew such crucial move by a smartphone brand. Last year, Oppo introduced Realme as an independent brand to dominate the online market in India. Moreover, Huawei has Honor, and Lenovo has Motorola to take care of the respective needs. Xiaomi itself has Poco as its sub-brand to take on OnePlus and Asus in the upper mid-range segment. While Xiaomi has enough hands in the e-commerce niche, it is now working on expanding its offline reach across the market.

Alongside the announcement of the independent brand, Lei Jun also confirmed the launch of a new Redmi smartphone on January 10. The upcoming smartphone will have flagship-grade specifications and will be sporting a 48-megapixel rear camera. One can apparently figure out the same from the 4800 written in the shadow of the Redmi logo.

To recall, Jun previously teased that the brand might soon come up with a phone having a 48-megapixel camera sensor at the back. The smartphone will be launched at an event held in Beijing at 14:00 local time.

While most of the rumours incline at Redmi 7, there’s a possibility that the handset might come up with the Redmi Pro 2 moniker. Nonetheless, we also expect other variants of the particular device following similar nomenclatures like Redmi 7 Pro, Redmi Note 7 Pro, Redmi 7A, etc.

Some rumours event hint at Qualcomm Snapdragon 675 SoC and display hole for selfie camera design up front. It’ll be interesting to see what Xiaomi has been cooking since long for the launch. Anyways, it is safe to assume for the device to bring beefy specs at aggressive pricing. Stay tuned for more updates.